Well, it’s been a month since I posted and it’s time to let you all know that I’m still alive & kicking.   The broken bolt will hopefully be removed in a few weeks (more about that in a moment.)   For now, I’m here to report that the engine is off of the plane and enough accessories have been removed to gain access to the generator, which will have to be removed to get to the bolt in question.

Steve Beaver follows the AV8tors group and is in the hanger next to the Cardinal.  He graciously lent me an engine hoist which I trundled from F8 to C1.

Dave Rohlick, who had helped drive the plane from Westerville to DLZ, volunteered an afternoon to finish unhooking and actually pulling the engine off. All in all, it didn’t go too badly.   Of all of the connections, there was only 1 wire that needed to be divided.  (Specifically, the “easy start” wire from the key switch panel to the ignition modules.  I don’t have the tool to remove the pins from the connectors, and did not want to remove the ignition modules if I didn’t have to.  That wire was cut and will be re-connected with the spade/blade connecters used for the EGT probes.)

Alas, after we pulled the engine, the magnitude of the fractured bolt revealed itself to be of serious issue.  Recall its dimensions: M6x90.  That 90 refers to mm.  I estimate that the bolt broke at about 70 mm or so.  The water pump was removed, but it’s only about 20 mm thick.  In other words, the broken fragment is at the bottom of a 50 mm hole and is essentially unreachable.

At the bottom of my despair, I imagined that I would have to ship the engine to a distant shop for removal of the generator on the rear end.  (Removing the generator should expose the broken bolt for removal.)  As fortune would have it, Shane (proprietor of Shamrock Aviation) is rated Heavy Maintenance on the Rotax 912 family and is qualified to remove said generator here at DLZ.

He came over to the hanger last Friday and looked things over.  He’s got an engine in the shop now and will need to finish that up and make room for mine.  (He has a dedicated area for working on one engine at a time.)   I’ve got the 1st week of January off work and he quickly suggested that I come to the shop and watch/do much of the work involved in the project.  BTW, he estimates it to be a 1 day job—much better than my guess!

If all goes well, I will return to the project on Jan 4 to remove the generator, remove the bolt, reinstall the generator and get the engine back to the hanger.  From there, re-hang the engine, re-attach all of the connections & plumbing and get back to trying to be airworthy. 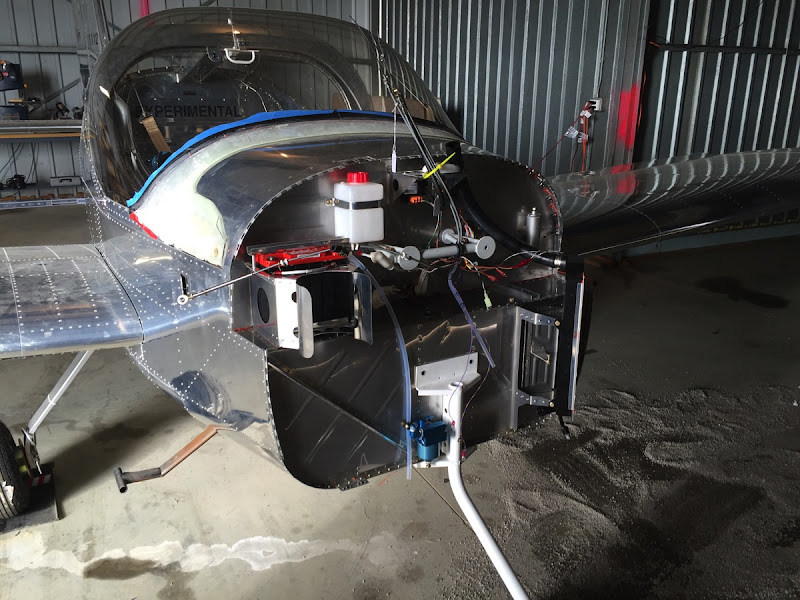 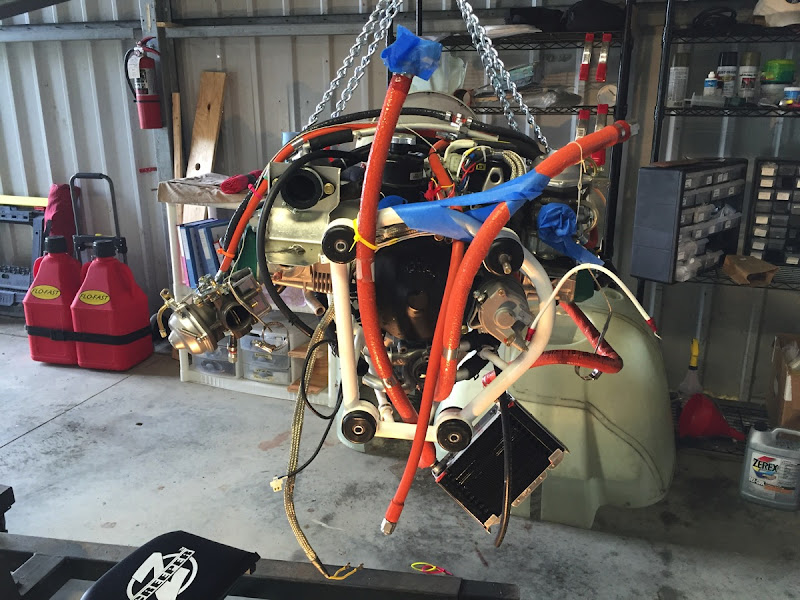 ugly mess of an amputated engine