I was planning on working in the hanger on the nose fairing when i got a call from Chris asking if I could come up to AV8 Paintworks and look at the plane and refine the scheme.  As luck would have it, that was the only day in a long time that I was able to do that.  Up to Marion!

Chris expressed some concern about my original sketch.  I was totally OK with that, as I am not an artist and that was merely a quick idea.  If you look at the photo below, you can see a blue line along the fuselage and tail. That was my original sketch.  Chris felt that the upsweep on the tail was counter to the idea of making the plane look like it’s flying.  He got out the yellow tape and we spent about an hour mocking up placements.  The photo below is the final result (rough placement only.). Red will go above the blue/yellow line and encapsulate the cockpit & canopy area.  The next region back will remain beige and sweep from above the wing and over the back. There will be another band of red on the back the reaches to the tail.  The leading edges of all flying surfaces will be red and sweep back. 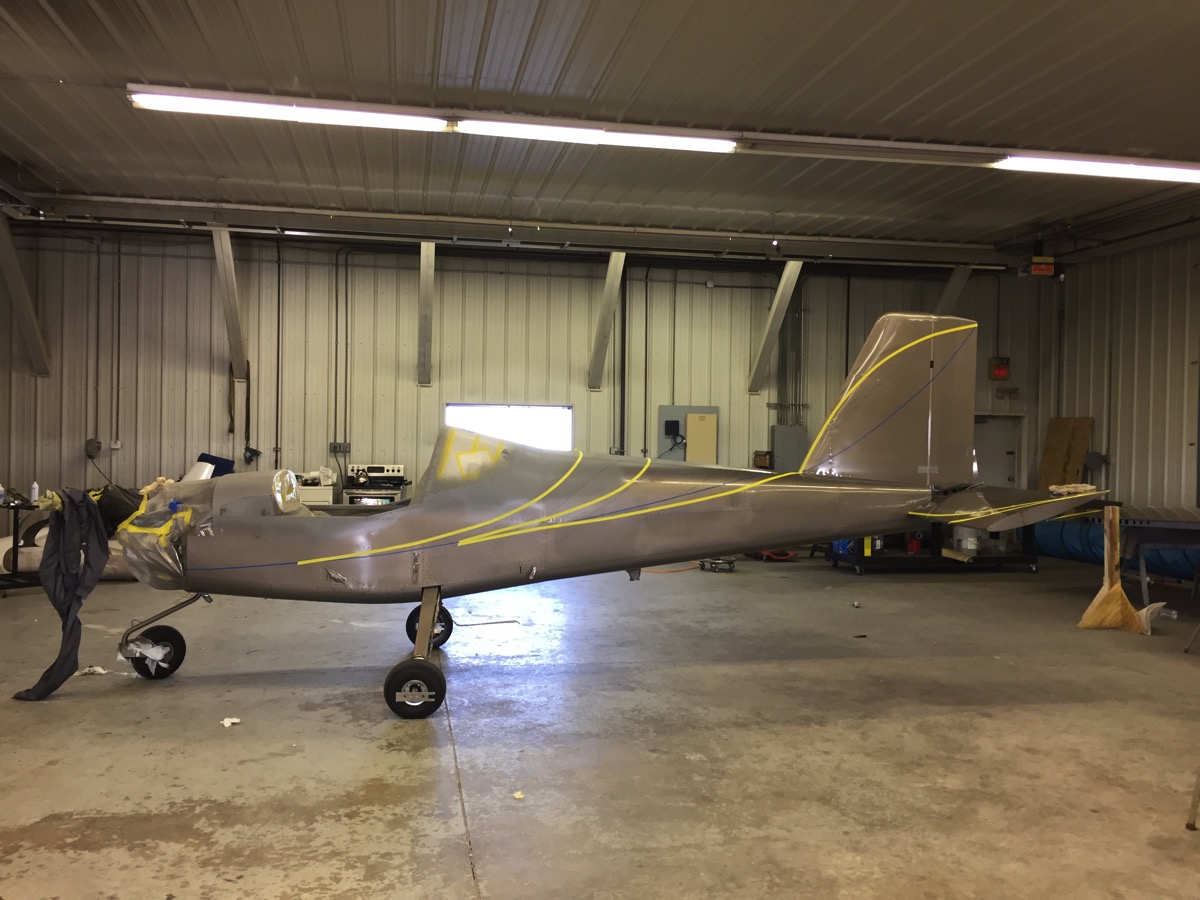 Tape for layout of accent colors

The next photo shows he beige and red.  Chris said that they still aren’t ‘finished’ as there is no polishing yet.   I just put the spinner on the horizontal stab so I could see the colors. 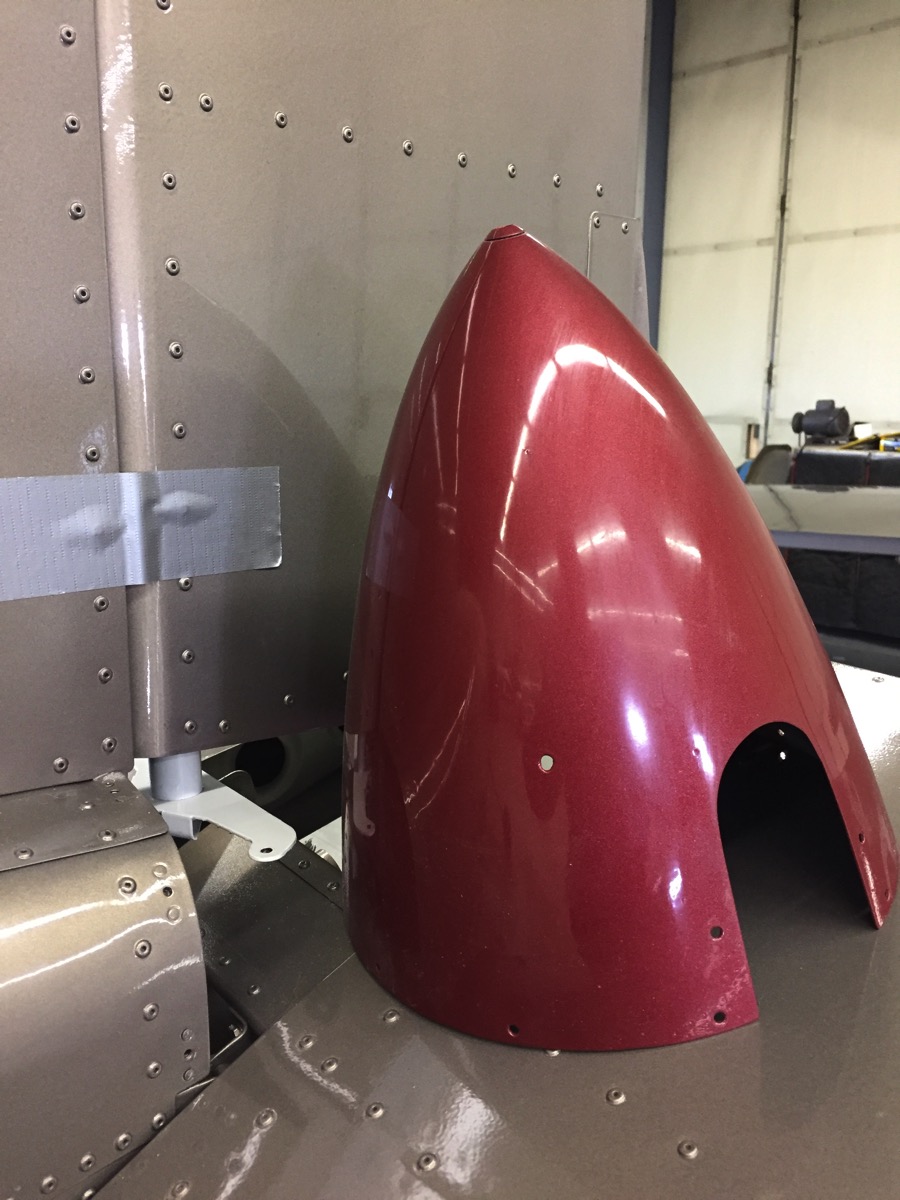 The last photo is just to show one of the preparation phases.  The upper cowling is all red, so Chris hasn’t painted it yet.  He did want to put it on the plane for helping visualize the layout, so I just grabbed a photo.  The texture is totally different from the raw fiberglass—I don’t know if it makes sense to say “palpable matte surface”, but that’s what I’m going with. 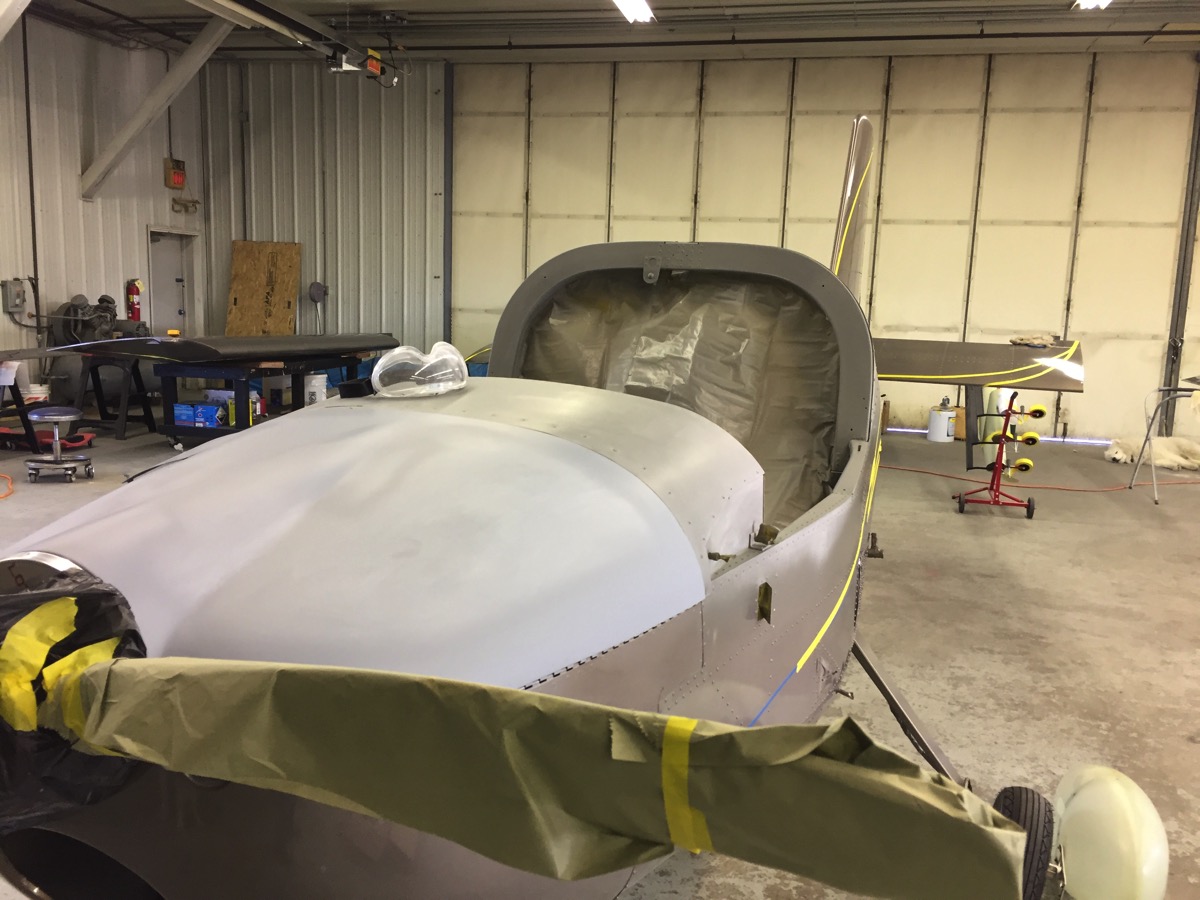 prepped but not painted upper cowl

Just received an “in progress” photo from the painter.  he’s got the fuselage painted in the main beige.  You can see a flat grey appearance on the turtle deck. That will become red in the next few days or so. 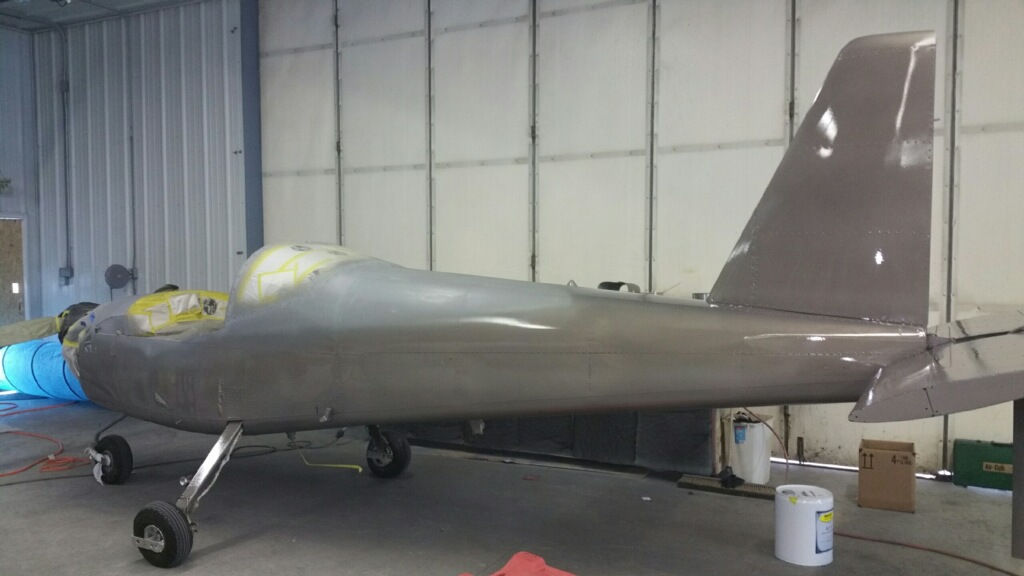