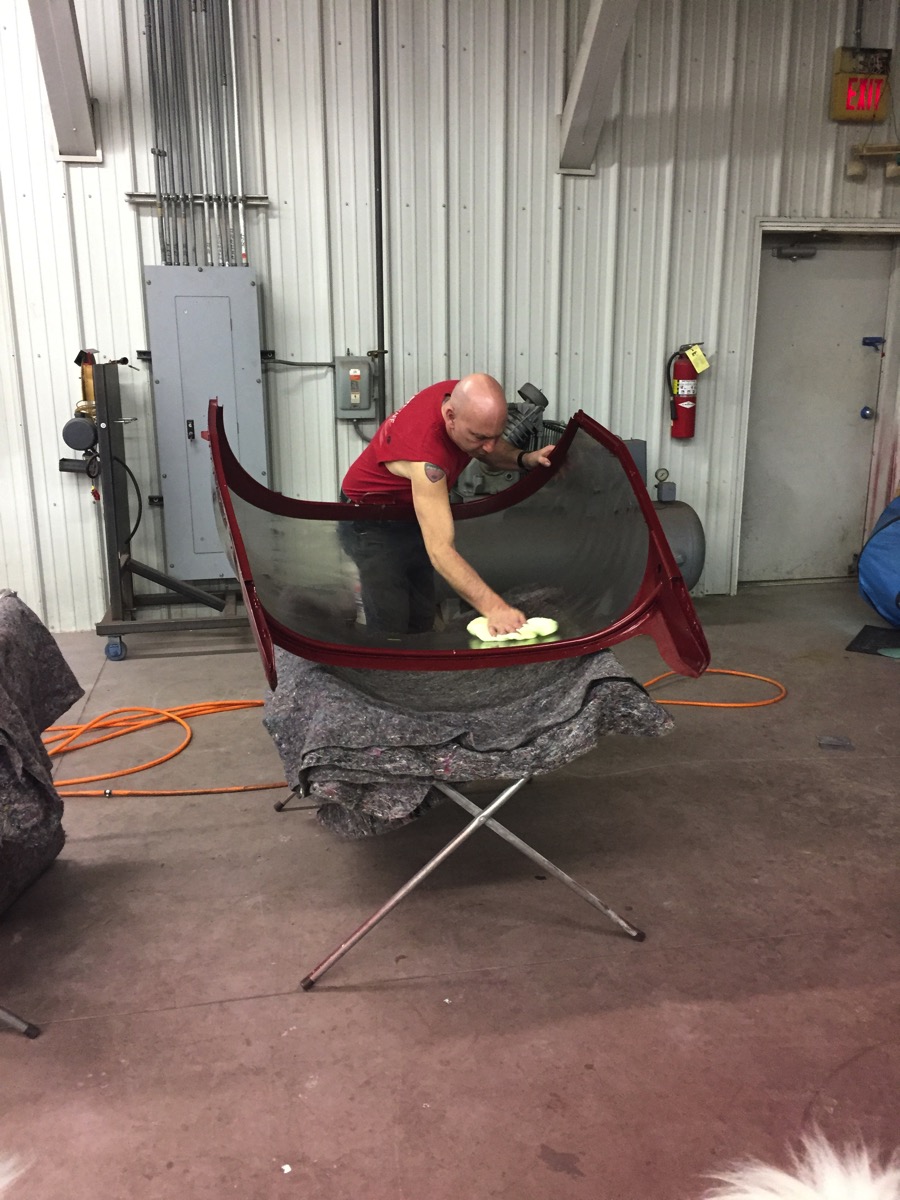 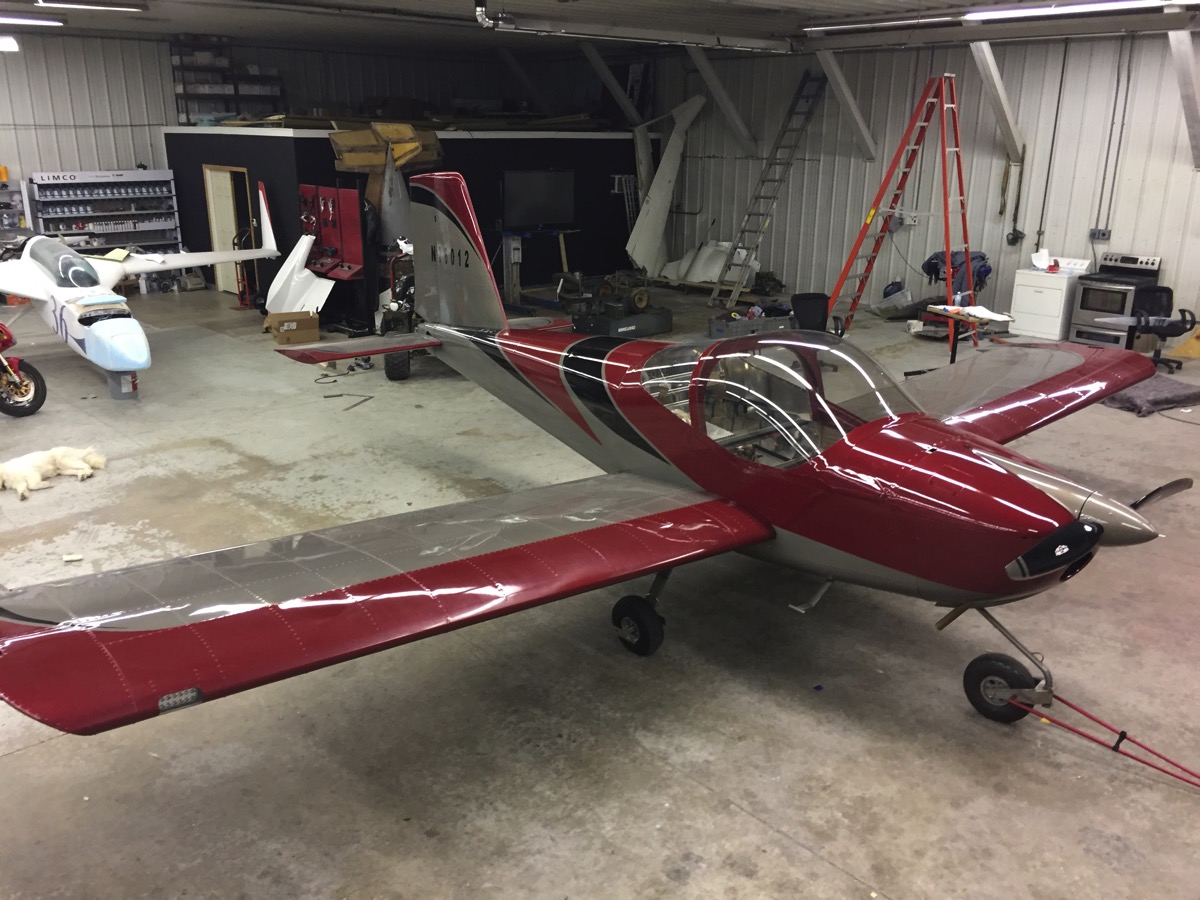 All put back together 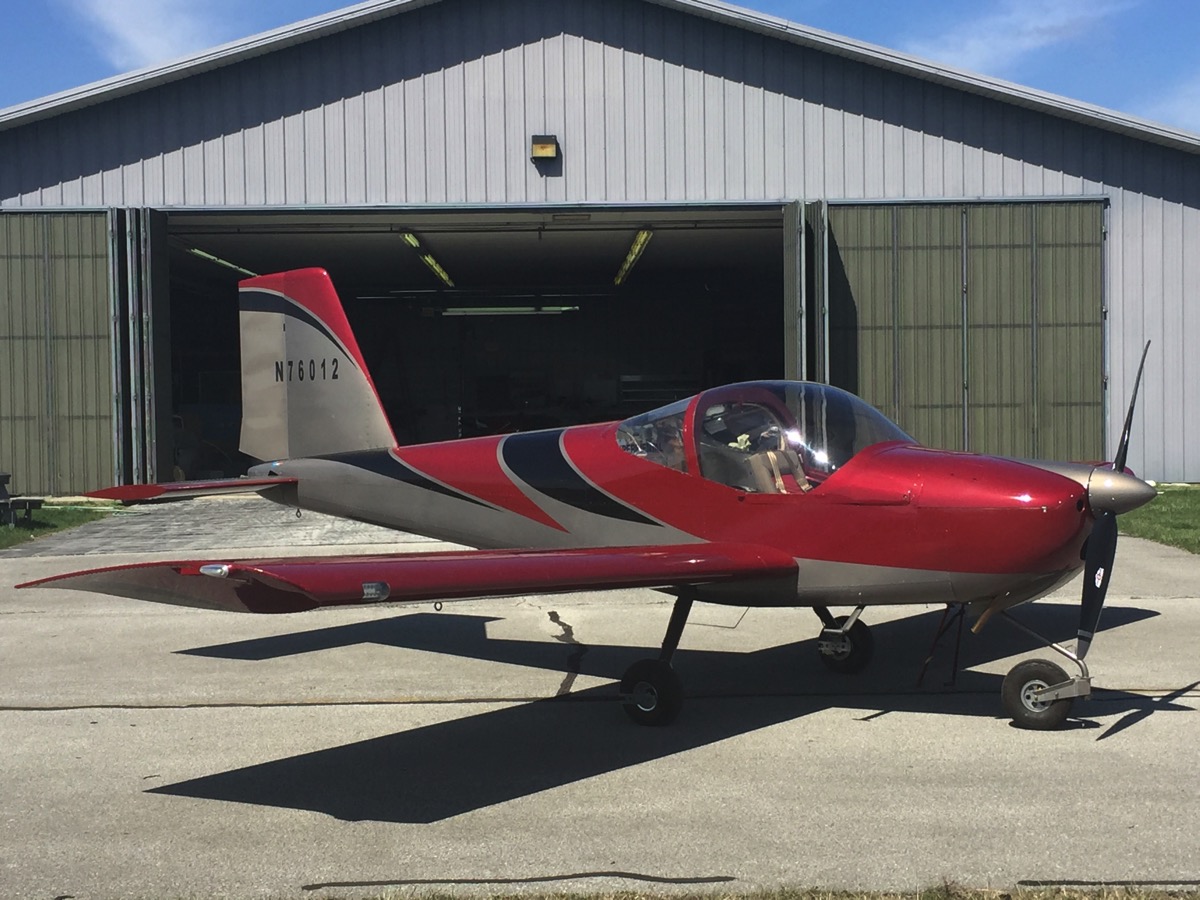 Out in the sun 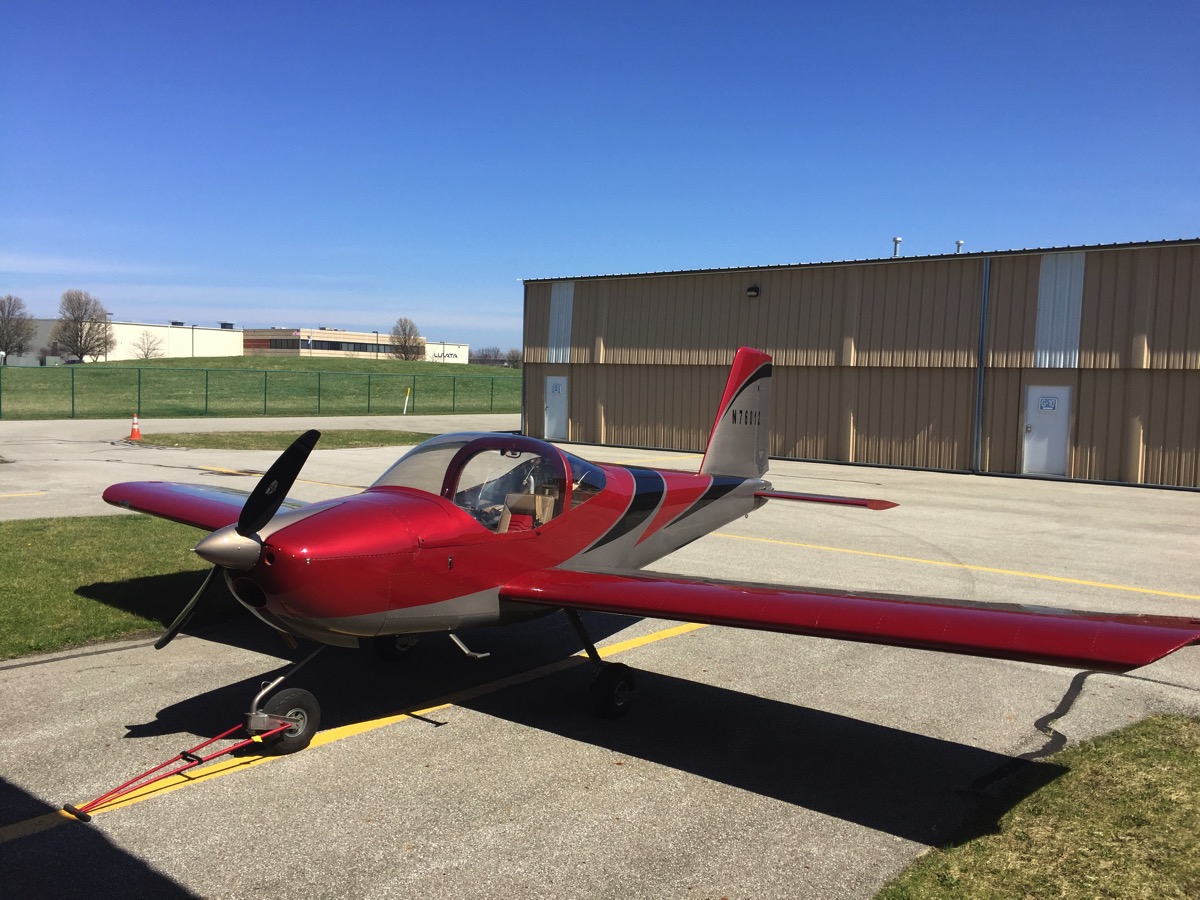 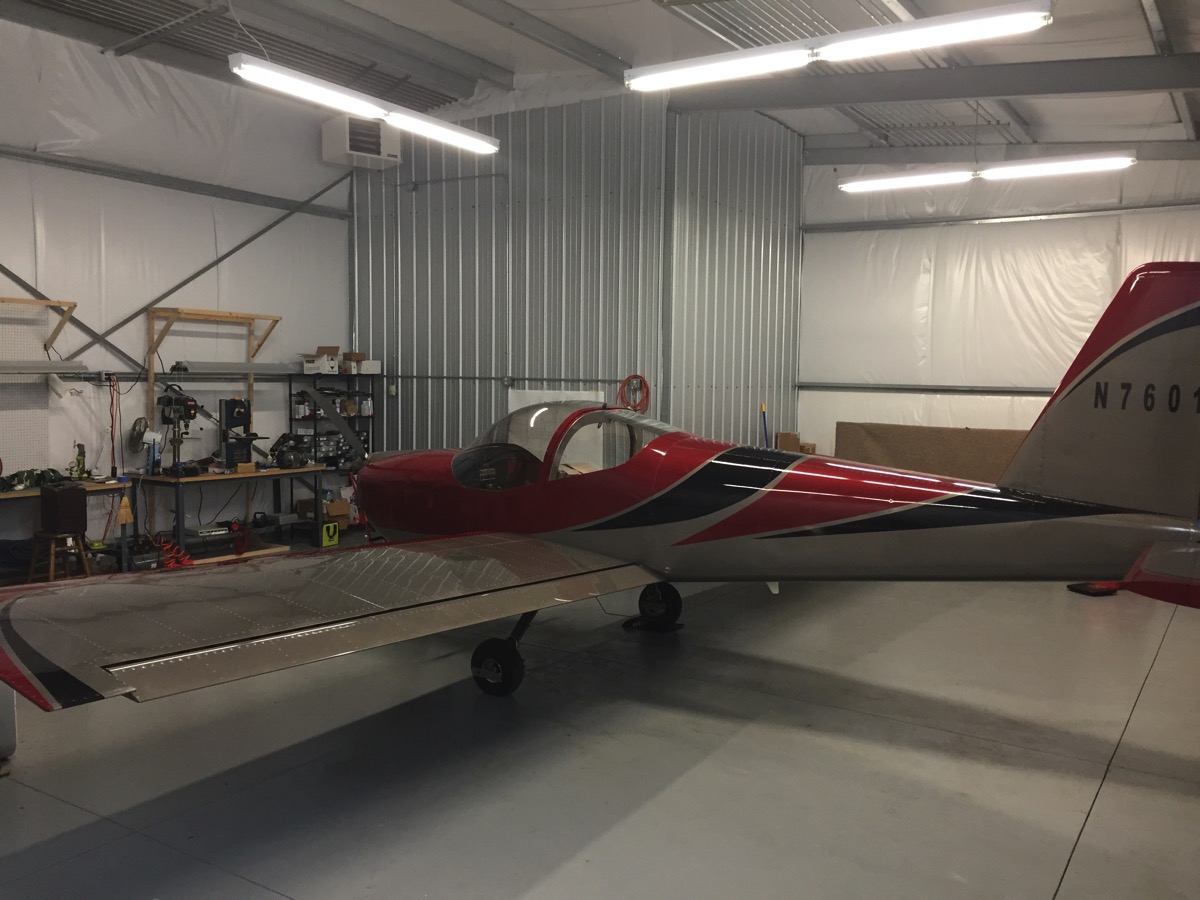 Back in its own hangar
Posted by David at 6:35 AM No comments:

I know, you’ve heard that before.   I’ve been saying “real soon now” for a while, but I’m pretty hopeful that I’ll get not only my RV back next week, but also my Cardinal.

The current plan is for me to finish my work weeks from hell (15 shifts in 16 days) on Tuesday around 12:30.  It’s a 90 min drive to DLZ where I’ll stop and look at the Cardinal, pick up my bill and any tools that I think of from the hangar.  Drive up to MNN, hopefully by 3:00. Meet with Chris and admire the paint, which will be 99 % complete.  He & I will put on the wings, canopy, flaperons and rudder.   There’s a very small detail that needs to be painted on the wings, but Chris can’t do that until they are mounted, as he’s matching a curve on the fuselage and measuring and painting won’t be close enough.  I’ll leave the RV with him overnight to work on that little detail.

Next morning, Dale & I meet at 8:00 to go over the Cardinal in detail and do its post-maintenance flight (see below).  Assuming all goes well, he flies me up to MNN and I retrieve N76012, in all of her new livery. 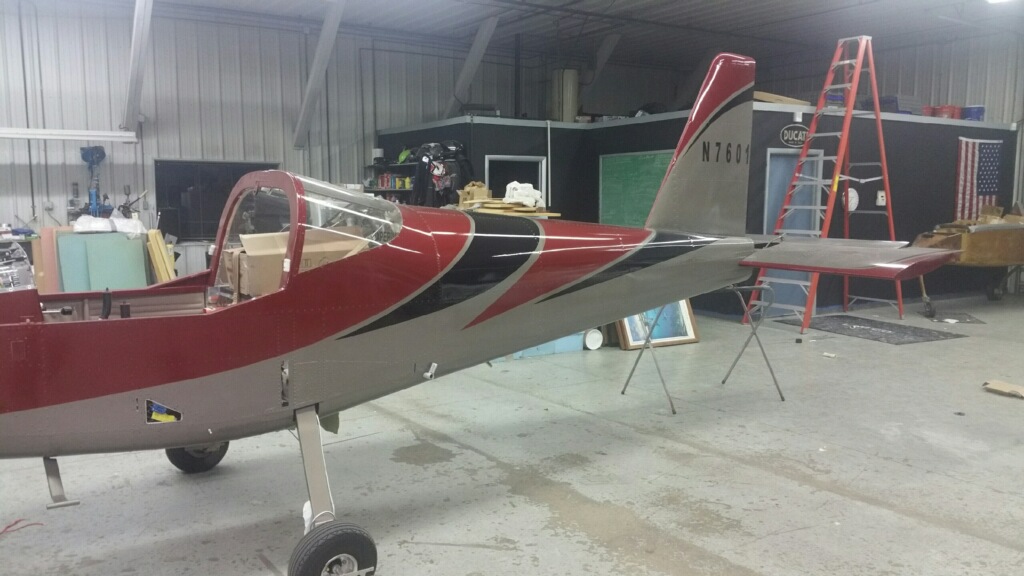 Chris has added the extended black dorsal stripe.  I was concerned about the black that we talked about adding to the vertical surfaces (see previous post), and Chris had the same worries, so that didn’t get added because it would have made the tail look way too heavy.   I may fiddle with a less aggressive treatment, but not for a while! 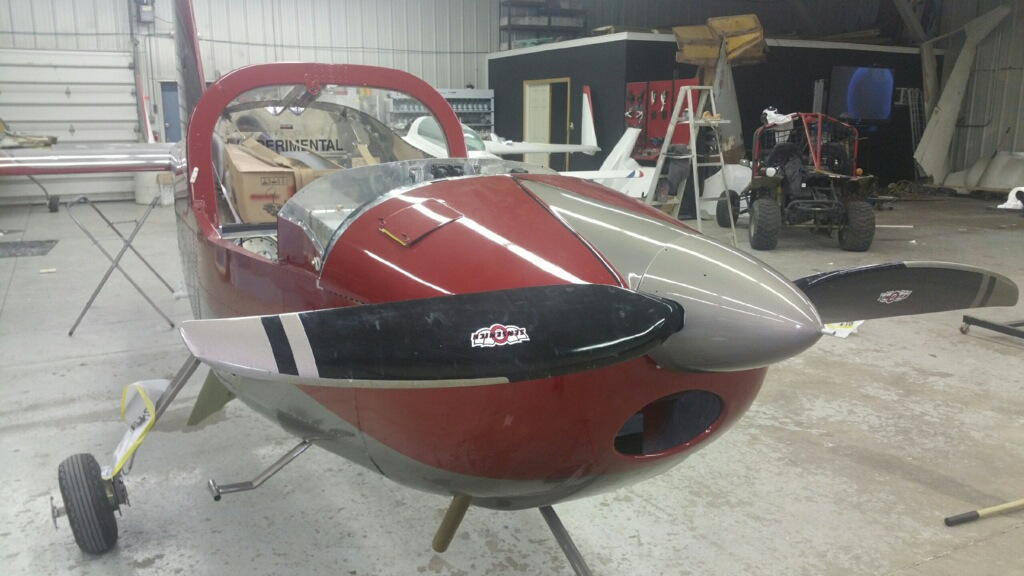 The top cowl and spinner have received the grey treatment.  It makes the plane look fast, even on the ground.  You can't see it very well in this picture, but there’s a thin red and black line at the transition from grey to red.    Chris was not happy with the transition from the fiberglass cowling to the aluminum top skin over the panel.  If you look carefully, that top skin is not installed in this picture, so I assume he’s working on it to meet his excellent standards.

I’ve made several references to my Cardinal, so here’s a little back story on what’s going on with her.  I’ve been flying her with a partner, Dale Conklin, for about 10 years.  He decided to sell the plane to me last year, so officially purchased her on 1/1/17.  I decided to use the DLZ A&P, Shane Young, instead of the gentleman who previously owned that shop but continued to maintain 23V after he semi-retired.  As is typical for this situation (new mechanic), there were numerous items that had been felt to be OK by the old A&P but not by the new one.  As a result, 23V has been in the shop for the same 3 months that 012 has been in the paint booth.  As a result, I’ve been completely grounded, despite being the proud owner and financier of two separate planes.  As luck would have it, I think both of them will be airborne on the same day.  Just for completeness’ sake, I’ve included some pictures of 23V in the shop. 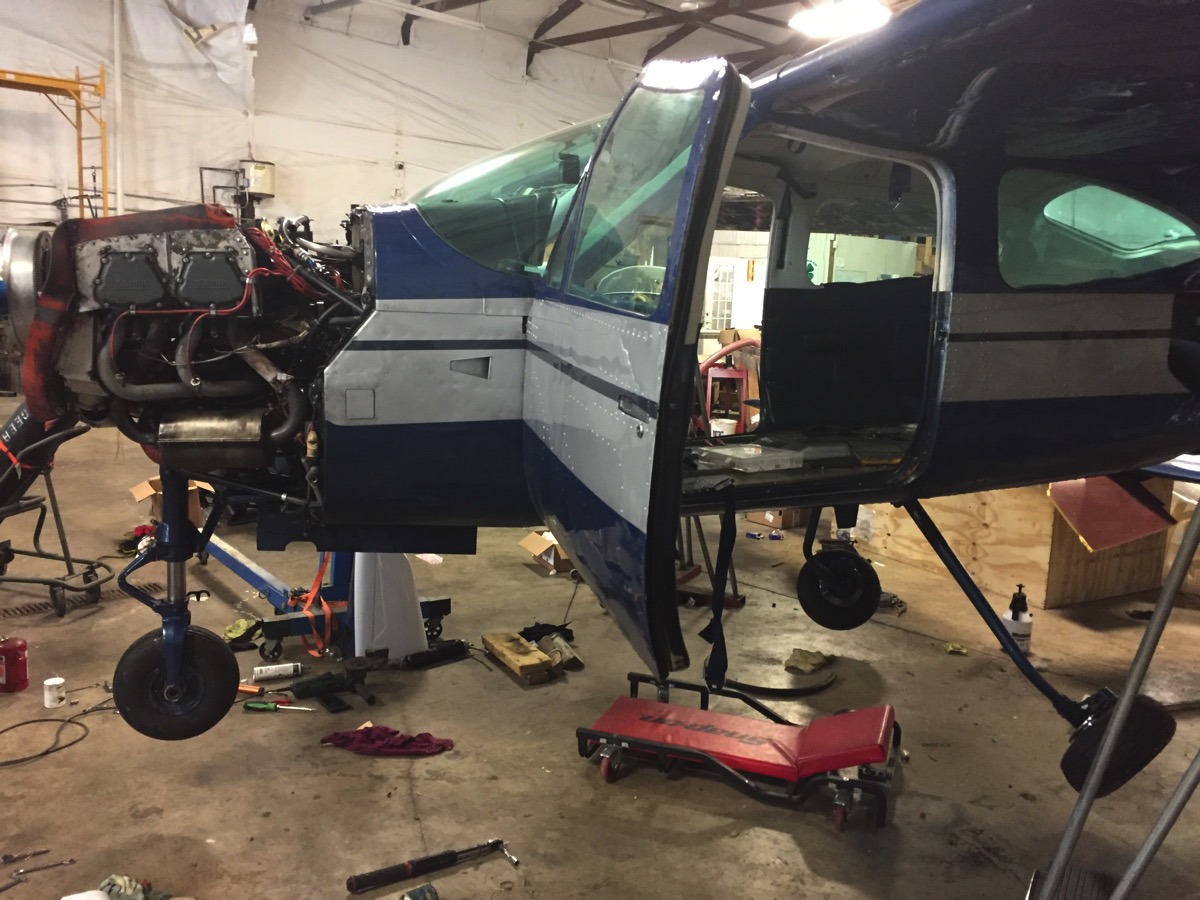 On the jacks for rigging the gear.  The nose gear is infamous for being difficult to rig properly.  In this case, it turned out that there is a critical measurement/step that is not explicitly listed in the manual.  That cost me a day of labor charges. 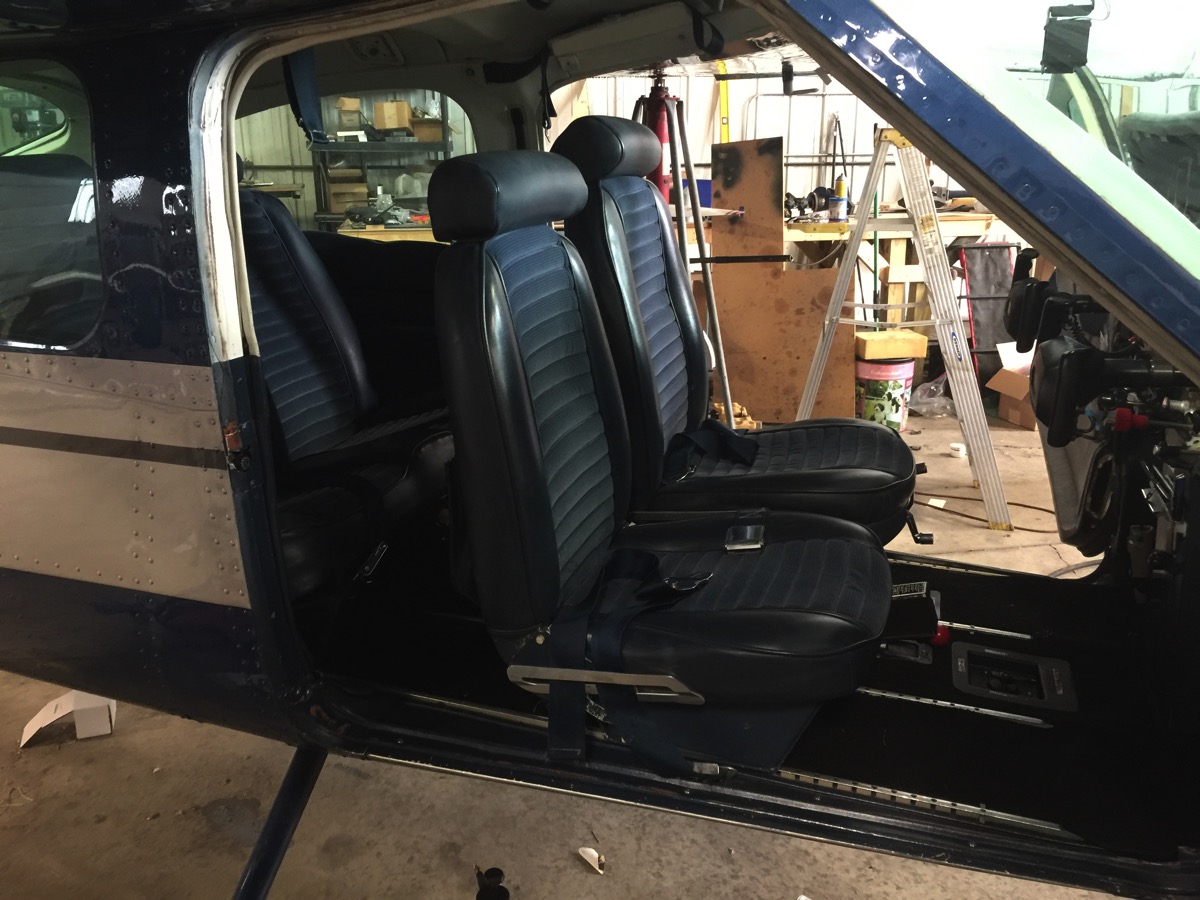 This is the nicest thing I’ve seen on her for a long time.  The internal panels are closed and the upholstery back in: signs of being done! 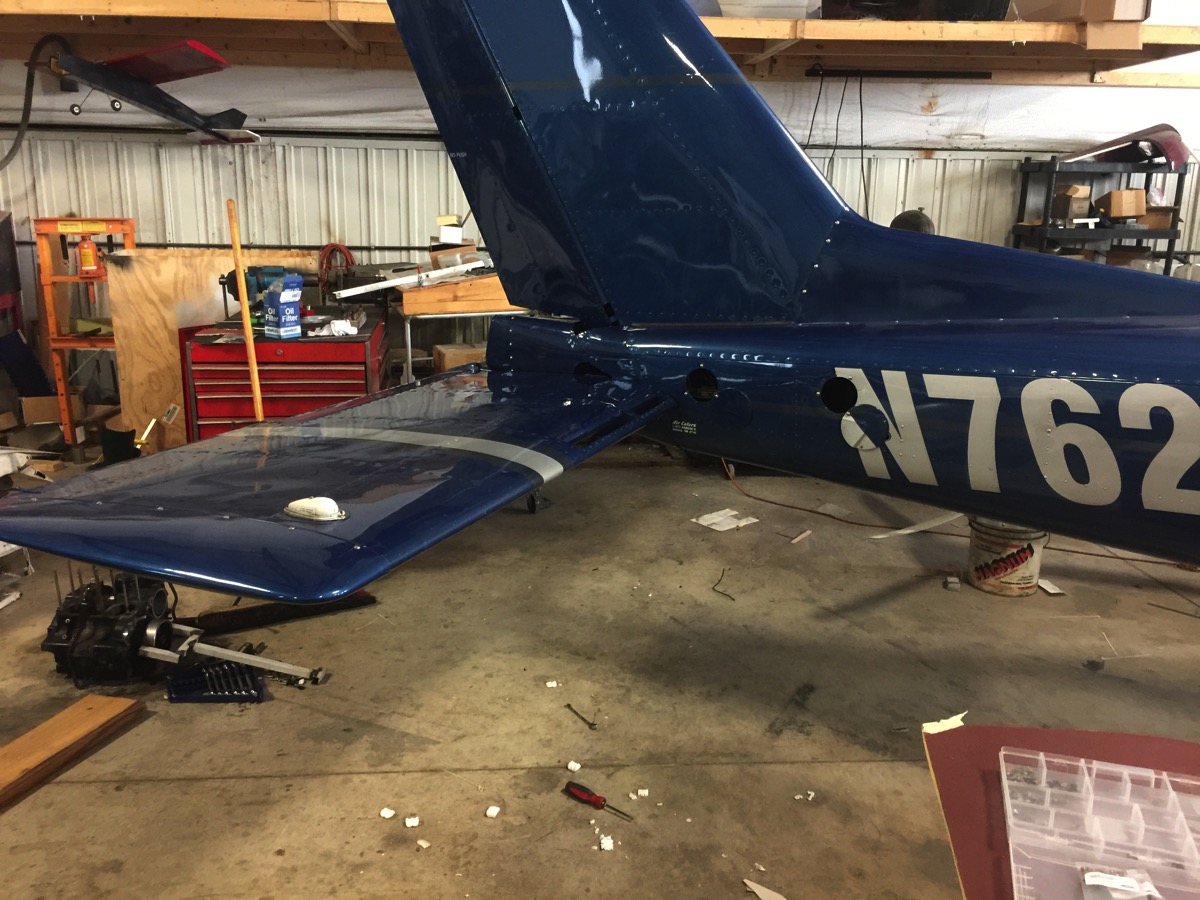 The horizontal stabilator needed to come off and have some serious work done to replace the bolts that hold it on.  Took a long time to drill out the old ones and find the correct replacements called out by the AD. 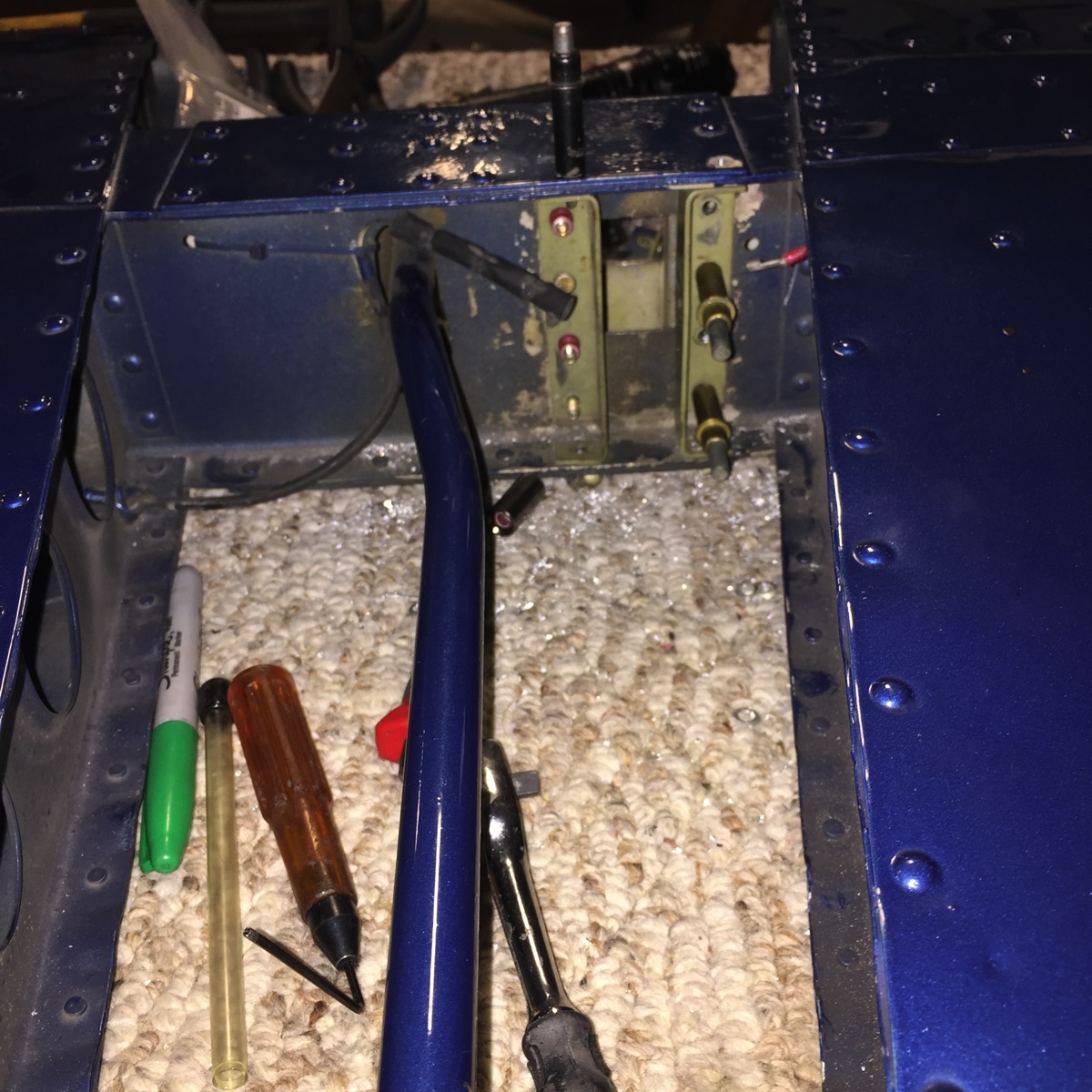 This is a close up of the area that needed all the re-work.  You can see the clecos on one side. 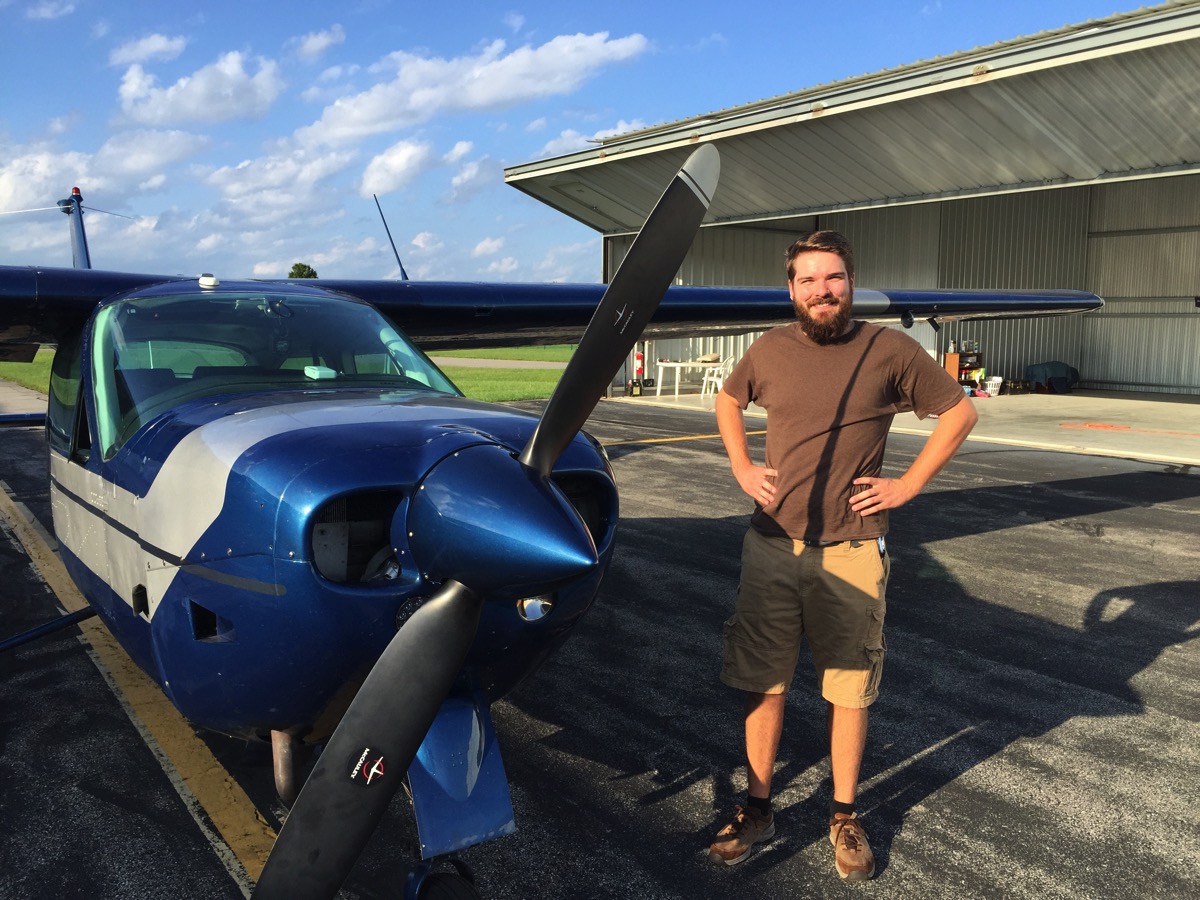 An older picture from last fall with my son-in-law.

in pursuit of perfection

I just got a text & call from Chris at AV8 Paintworks.  Yep, it’s 1:30 AM and he’s working.  He’s just not happy with the design of the black swath on the fuselage.  If you look carefully, you’ll see two blue strips on the vertical stabilizer and on the fuselage.  He wants to extend the fuselage black stripe to the blue line, and add black onto the bottom of the vertical stabilizer.  He really thinks that this will make the lines sweep and flow much more artistically.   I told him to go ahead! 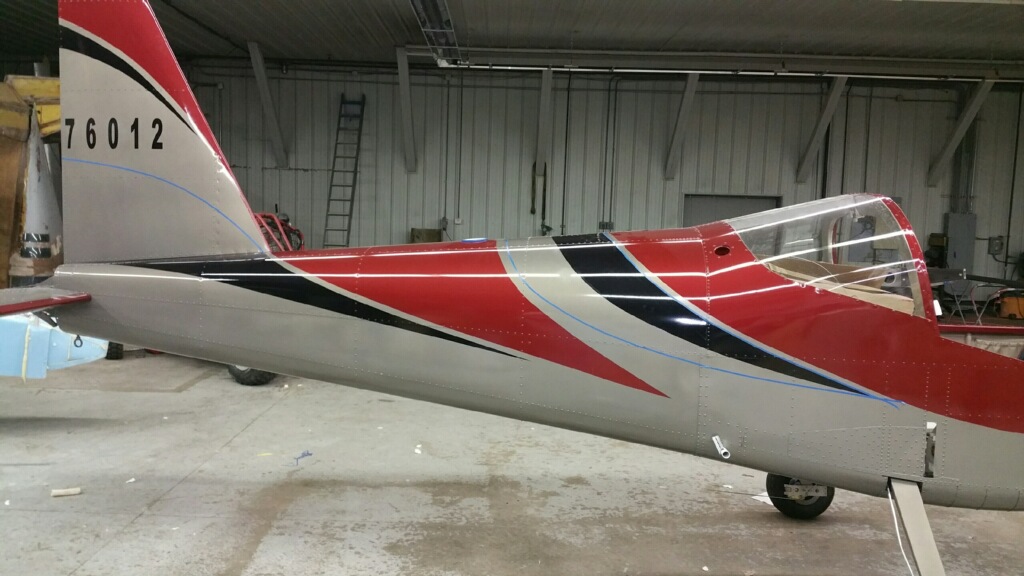 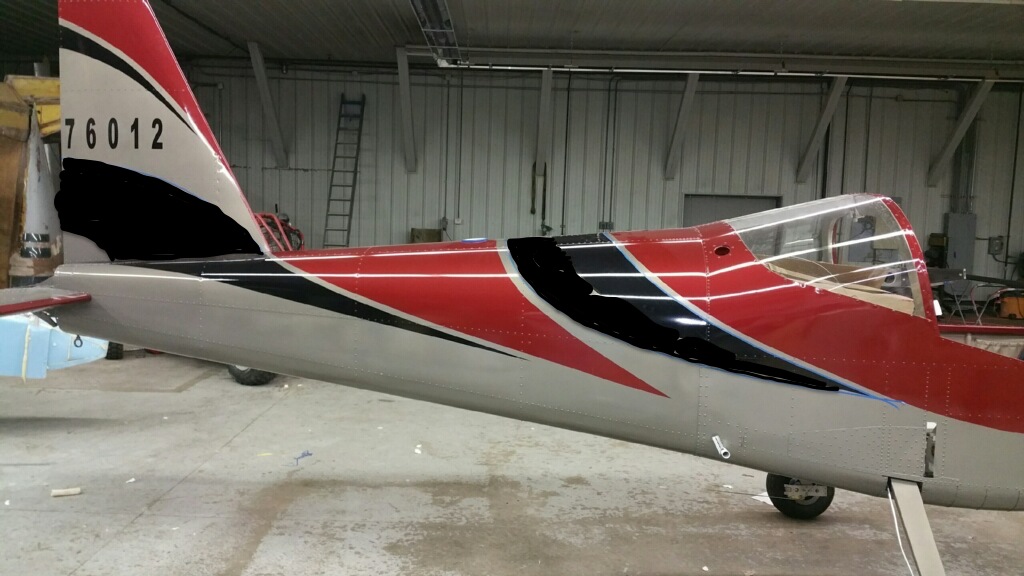 crude photo manipulation to fill in the black areas 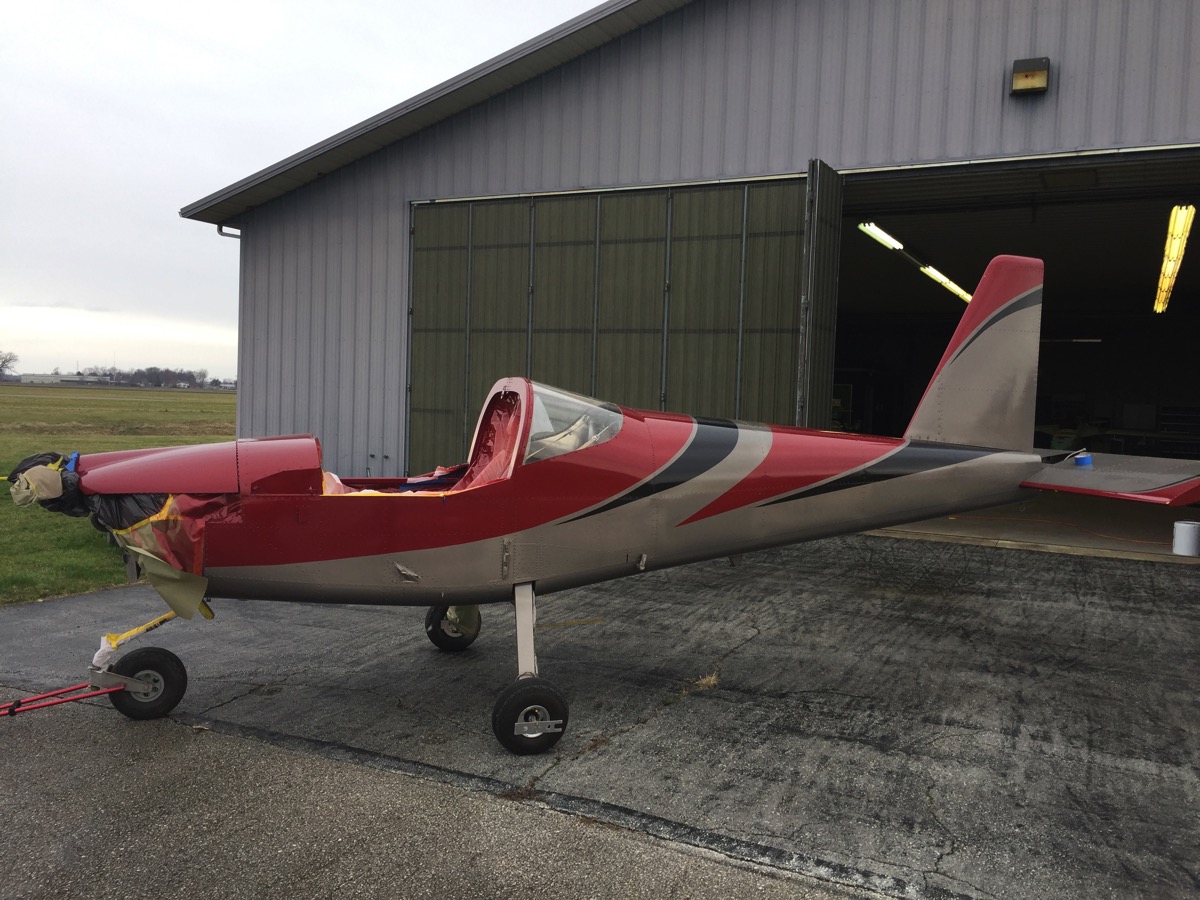