Guess who's got a new home?

Little detour on my way to being airborne.  I’m working my way through the Production Acceptance Procedures and debugging some loose wiring of the EGT probes.  I also attended a nice lecture by the local EAA chapter which was held at the “condo” hangers at DLZ.  Just for fun, I dropped a line to inquire as to the actual cost of said hangars, expecting to get confirmation of the ~$100K that local wisdom had dispensed.  Instead, I was pleased to find that $45K was the actual asking price.   I did spend a day trying to fit both 7623V and 76012 into a slightly larger hangar, but that simply wasn’t practical.

I did end up buying H-11 yesterday and spent the day moving the plane and all misc stuff from the old, drafty, cold, dark hangar that I rented over the winter and into the new (well, about 10 yr old), bright, insulated, heated hangar that I have to call my own.   BTW, in the photo below, the lights are not even turned on.  It’s amazing how much of an increased in perceived brightness is achieved with light colored (in this case, insulated) walls.

Today I finished up unpacking, finally got solid connections on the EGT probes and knocked out a couple of pages of the PAP.  The fuel tank was removed to make way for the split bulkhead upgrade.  Tomorrow, I hope to finish the bulkhead, reinstall the fuel tank, fill & calibrate the tank and resume the pneumatic balancing of the carburetors at full throttle.

With luck, first flight will be in 2 weeks. 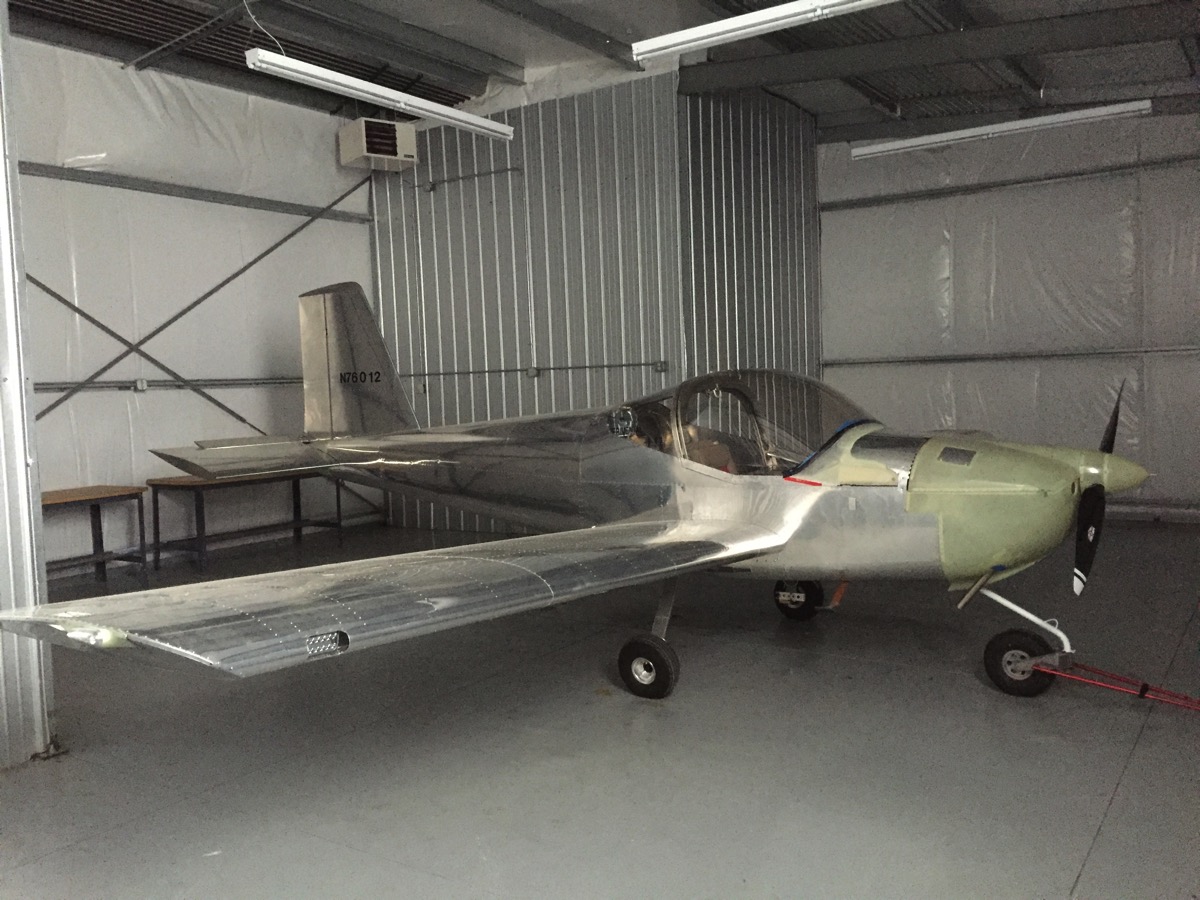 Well,  I got the plane over to Shamrock Air and had the carbs mechanically synched again.  Here’s a nice picture of Shane at the controls while we tried to figure out why I couldn’t get it to run the previous day.  (Water in the fuel system probably had much to do with it.) 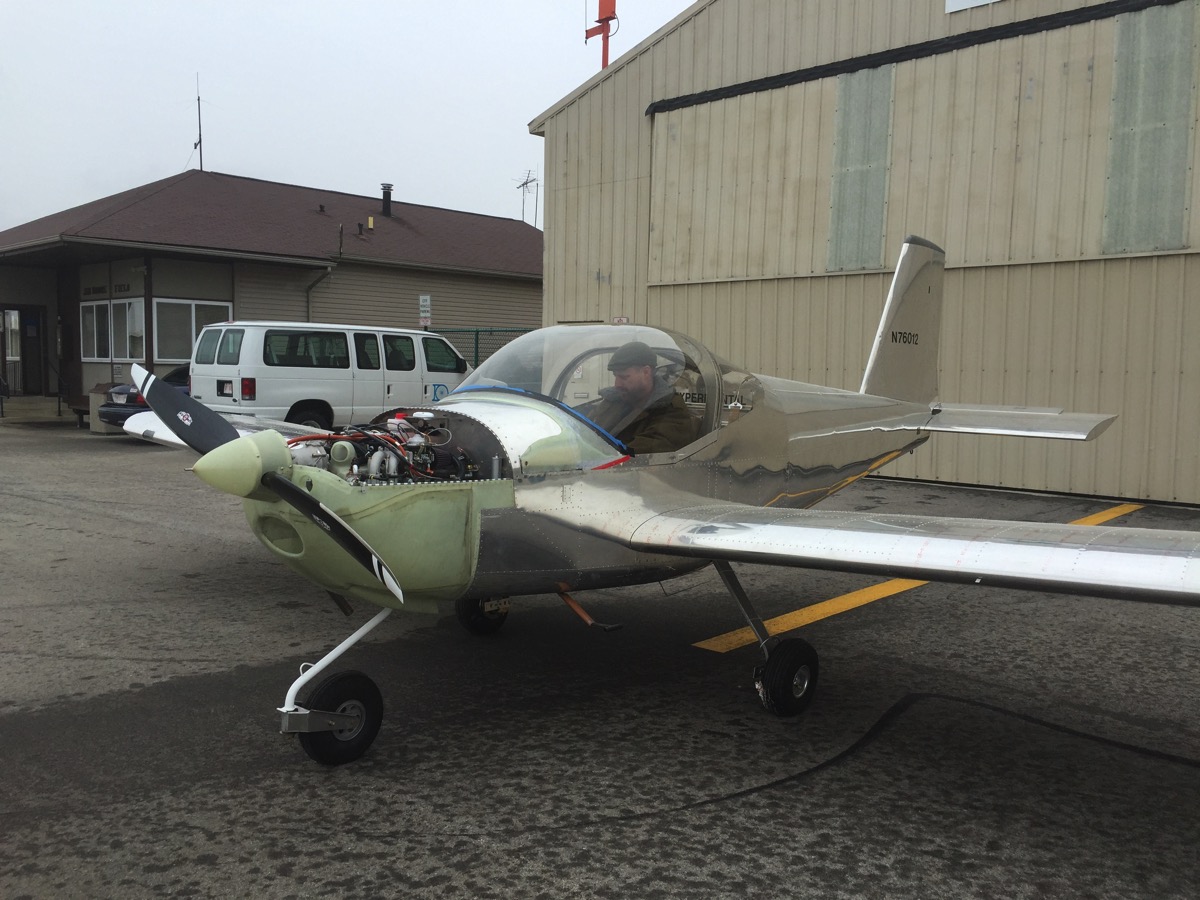 Shane, of Shamrock Air, preparing for a start

I’ve decided to move out of C-1 into one of the “condo hangars” on the west side of the ramp.  (More to follow as that deal progresses.)  They have two hangar sizes available, so I tried a hair-brained idea of seeing if both planes would fit into the larger size.  Technically, the answer is “yes”, but practically speaking, it’s “no.”  You can see both of the planes wedged into the 48’ hangar, but backing the 12 into the corner is very, very tricky.  The slightest movement of the nose causes very wide swings of the tail, greatly endangering the tail feathers against that outside corner.  Moving the Cardinal in requires a curved arc to get its tail feathers around the nose of the 12.  Even with Dale and the seller acting as spotters, it was very hard to ensure not hitting something.  All in all, it’s not worth the risk.  For now, 23V will continue to live in F-10. 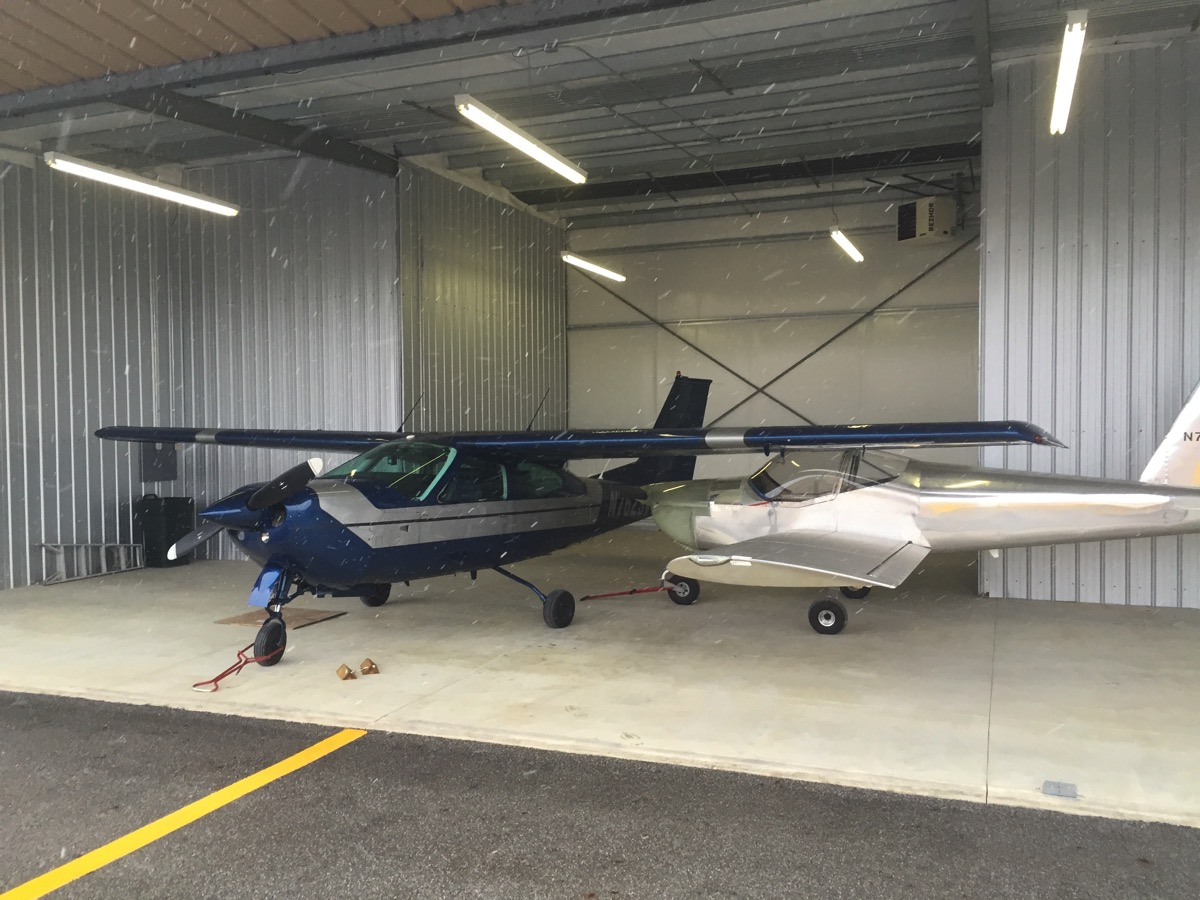 two birds in one hangar

I shortened the spring by the 1/2” as called out by Notification 2015-10-01.  It’s much nicer to activate now and the spring no longer pushes the ‘button’ just out of the lip of the handle itself.  That, in turn, eliminates a prime finger pinching opportunity!  No pictures to post.   I’ll make a few more modifications that have been approved by Van’s as we get ready for flight test. 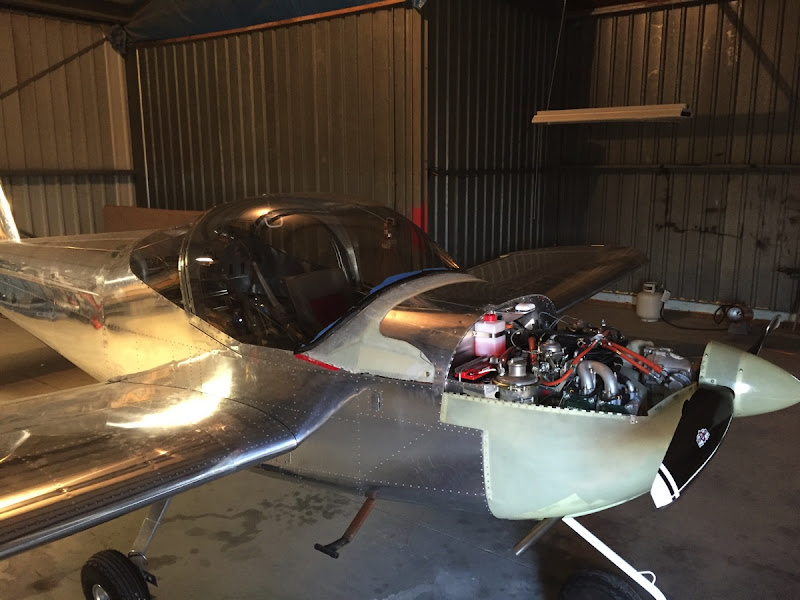