On an slightly unrelated note, I’d like to show you the new home of N7623V. I have a gentleman’s agreement to purchase hangar H-10. The two hangars share a common wall, and it should be possible to either remove the wall outright, or at least cut a door into it. Voila! A double hangar that will let me enjoy having both planes in the ‘same’ space. Common access to tools, lights, heat—Wonderful!

180° view from the end of Butler’s grass strip

There’s a group of mostly RV flyers here at Delaware Airport, who fly out to breakfast most Sundays.  On 4/23, I finally was able to get my butt out of bed early enough to join them.  Well, actually, I didn’t go to bed that night and was able to join them.  I flew to work on Saturday 22, and flew directly from work (Fayette Co) I23 to breakfast at Butler, a grass strip that doesn’t even have an FAA designation.

I wish I had some inflight pictures, as the day was simply wonderful for flying.  A great, crisp spring morning with outstanding visibility and not a cloud in the sky.  I found the grass strip, made a nice pattern and just grazed the grass and rolled all the way to the end.  I was a few minutes late getting to the restaurant in town, but had a great breakfast and enjoyed meeting the gang.  We all walked back, and had an equally nice flight back home. 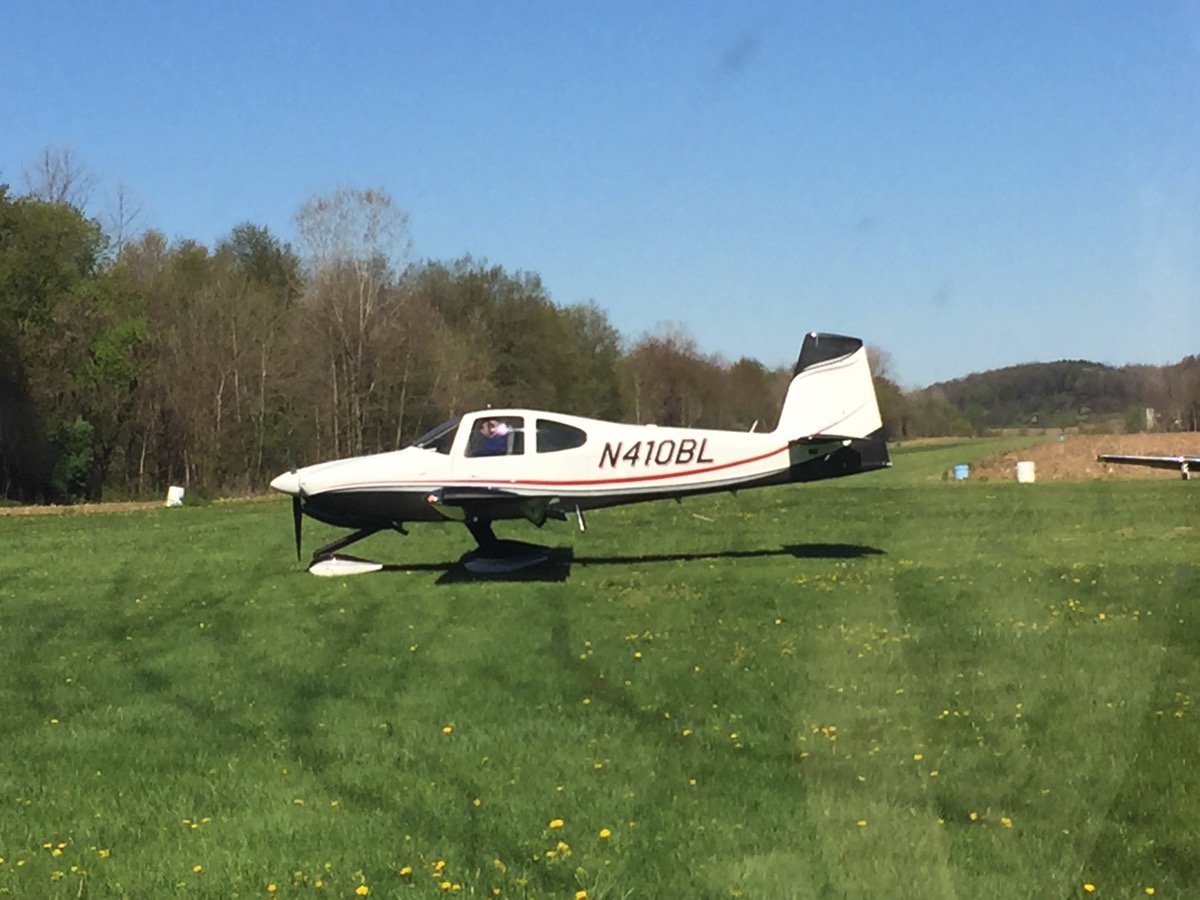 BL is one of my mentors, and was the first EAA Tech Inspector to look at 012 during it’s early stages of assembly.  Here, he’s in the process of taxiing out for departure from Butler in his RV-10.

180° panorama of the view on the way back to DLZ

“I certify that the prescribed flight test hours have been completed and the aircraft is controllable throughout its normal range of speeds and throughout all maneuvers to be executed, has no hazardous operating characteristics or design features, and is safe for operation.  The flight tests were completed under the following conditions: typical operating weight, maximum demonstrated airspeed, minimum demonstrated airspeed, and center of gravity range. 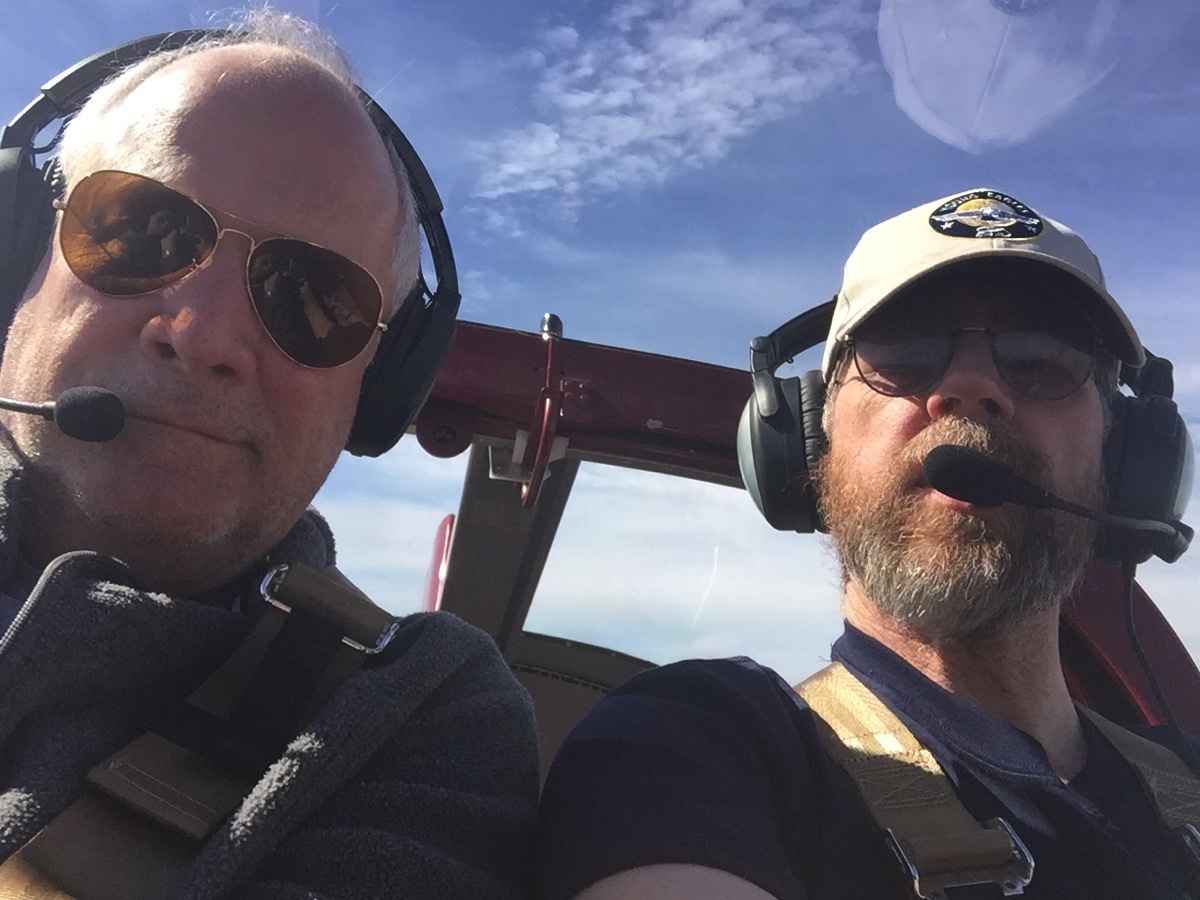 The gentleman on the right, who took and captioned the picture, is my new partner in N7623V, Ed.