December brought a halt to any work on the plane due to vacation and general scheduling issues.  I have this week off and spent yesterday at Shamrock Aviation, watching / learning / helping do major surgery on the engine.  Recall from a previous post, that Shane (proprietor of Shamrock Aviation) is rated Heavy Maintenance on the Rotax 912 and thus is able to do the work locally.  This was the 1st major piece of good news regarding this busted bolt, as I feared that I would have had to ship the engine to Wisconsin or Florida or some such.  Having Shane here is a tremendous asset! 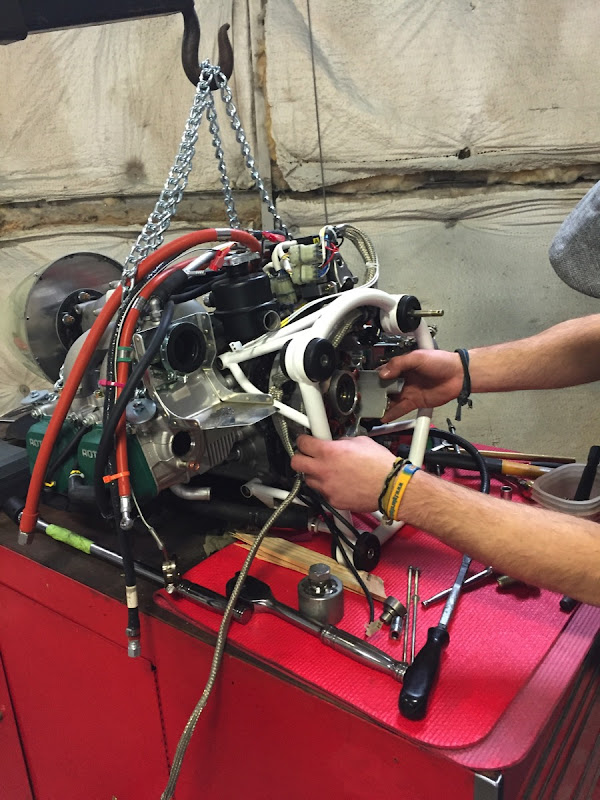 Major surgery on the engine.

The back cover was removed, along with the L carburetor to gain better access to bolts.  The starter was removed.  A pin was inserted through a magic hole that permitted the crankshaft to be locked in place. A 7’ breaker bar was needed to unseat the bolt that held on the flywheel.  The flywheel was removed, finally showing the rear section of the engine (accessory case?) without obstacles.  Note that the mount is still in place.  To remove the mount would require removing all of the cooling system and ignition systems, but this was deemed not needed (although having the mount out of the way would have been convenient!)  The accessory case (that’s what I’m calling it here: correct me if you know a better term) was broken loose (RTV sealant held it to the main case) and—finally—the Offending Bolt was revealed. 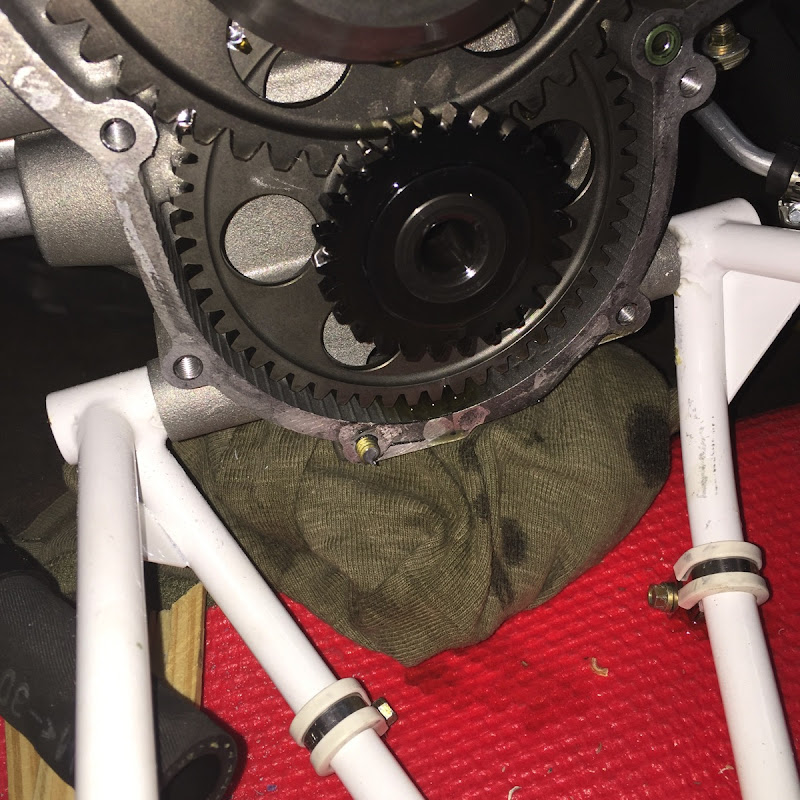 The offending bolt is seen at about 6:30 in this image.  We debated just grabbing it with vice grips, but Shane elected a more nuanced approach.  A metric nut was threaded onto the exposed threads.  Rather than risking any heat damage with welding, a more traditional approach of drilling and using a screw extractor was selected.  The nut was there to keep the drill from wandering too much and/or weakening the bolt and having it fail radially.  It came out without a hitch.  (Unfortunately, I had to leave the hanger for this particular maneuver, thus I don’t have  picture of the actual removal.) 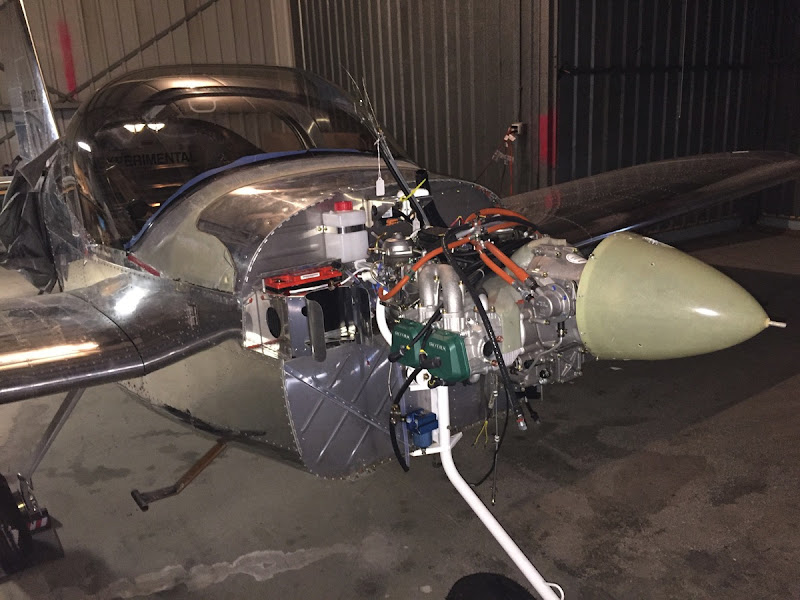 Engine back on Airframe

Three hours later, the engine was re-assembled, trundled out of Shamrock Aviation’s nice heated hanger and back to the relatively hostile environment of C-1, and hung back on the airframe.   I’m taking today off from playing in the hanger, but hope to return tomorrow & Thursday to start reattaching all of the various systems to the engine.  I will also take advantage of the exposed nature of the beast to install a Reiff engine/oil heater system to pre-heat things on these cold winter days.