As mentioned before, neither of the autopilot servos were visible to the Dynon system.  I had already discovered a completely incorrect wiring of the pitch servo (under the seat) and was successful at re-wiring it a few weeks ago.  With DLZ closed for July, I started working on minor issues that needed attention, such as the roll servo behind the main bulkhead.

I discovered at least one wire had pulled out its socket on inspection.  Upon removing the servo itself, another 2 wires were found or were pulled loose as well.  I identified them as being the data channels, so that’s a logical reason for the servo to remain invisible on the networks.  New sockets were applied and the servo was re-installed.  Since the main computer is back at Dynon for repairs, power up testing will have to wait. 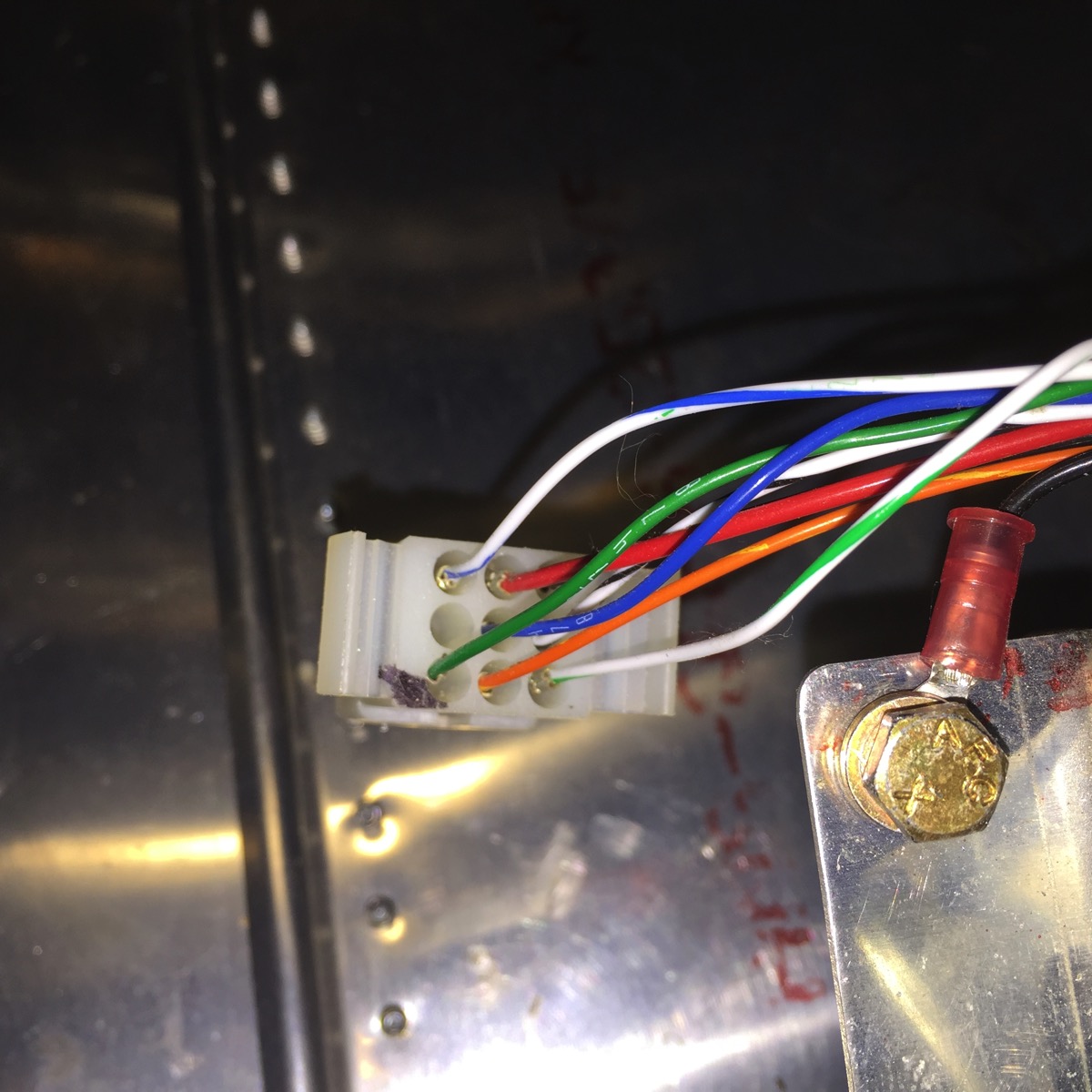 This is just a diagnostic photo of the plane’s side of the wiring harness.  Rather than trying to fit The Book into the back or running back and forth from the belly of the beast and my workbench, I just used this photo to verify that I had the correct pins & locations.