Bit by bit, it’s coming together.  The engine ran pretty rough last spring so today was planned to have the local A&P show how to do a carb sync.  I overslept (because I had to work night shift), got to the airport around 2:00 and got things ready to roll.  It took much longer than expected to get all of the protective plastic off of the canopy (I’m so proud of myself for letting it stay there until I actually needed it off today), get gas & fill 4 gallons in the tank, put the lower cowl on (because otherwise the oil radiator hangs against the muffler) and put on the spinner (to protect the pitot tube.)

I was able to start and discovered that it taxis quite well.  Differential steering isn’t too hard and I had no problems maneuvering around the taxi ways.  Shane (the A&P) agreed that the engine sounds quite rough, and we weren’t able to get it to run on the main carbs—it only runs when the chokes are on.  It was getting late (4:00) on a Friday afternoon; rather than open a can of worms, we elected to start afresh next Wednesday morning and debug the carbs.

Nonetheless, it was fun taxiing up and down the airport and enjoying my baby’s “first steps." 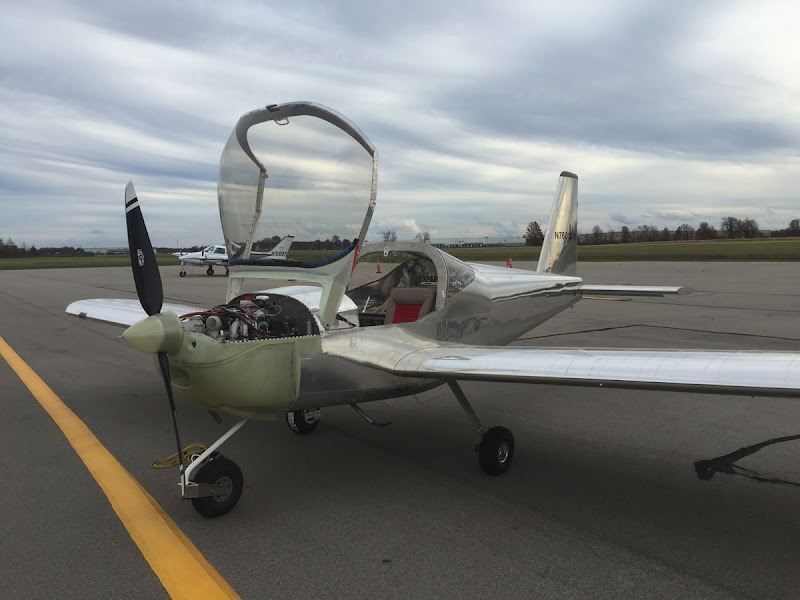 Got there on her own power!