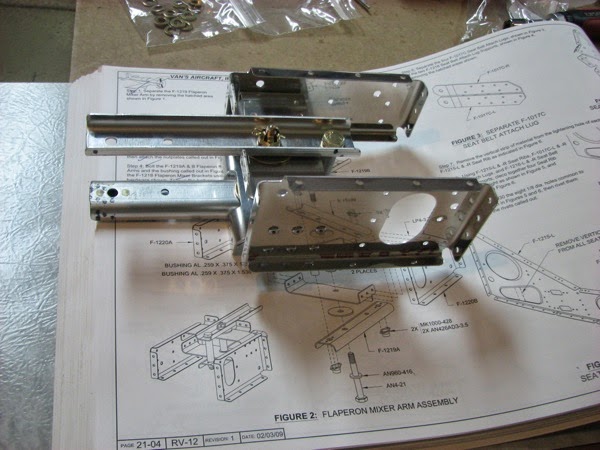 I’m not at all sure how this will mix aileron and flap input, but that’s what the label implies.  This is the first castle nut with cotter pin that I have used.  I didn’t spread the cotter pins in an elegant fashion (around the castle nut), but it’s doing its job and I’m not going to remove/replace it.  I read a tip on VAF about using a drop of tamper detection lacquer on torqued fasteners as a visual indication that it has been torqued to spec.  I didn’t take a picture of it, but there’s a drop of orange dye on the opposite side of this device. 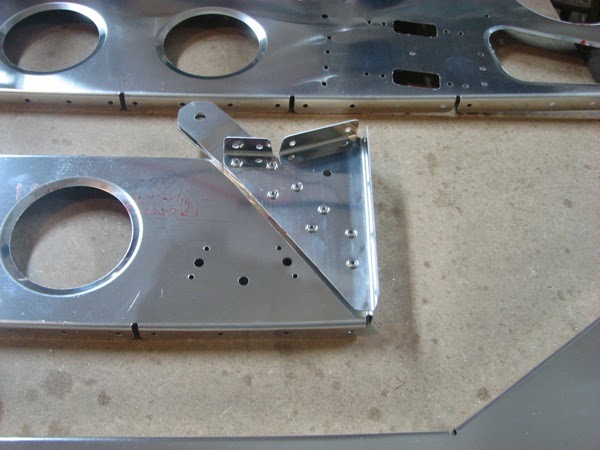 One of four seat belt lugs installed on the seat ribs.