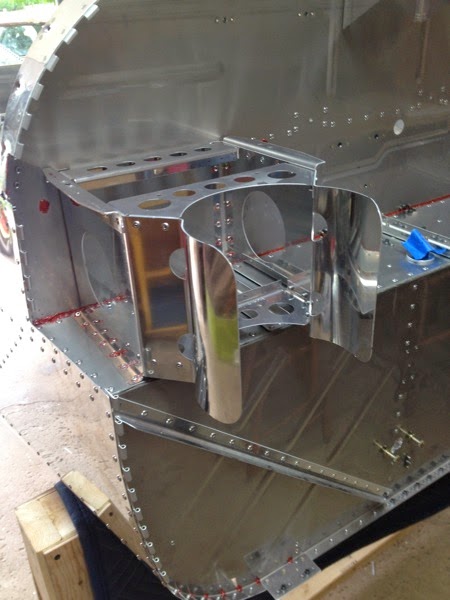 I wonder where the battery is going to go.  It looks like it rides on top of that bracket, but I would have put it lower (on the shelf).  Let’s find out in a few weeks (probably months, but who’s counting?)  The little bit of blue is tape over the fuel return nipple (to keep out debris.)  The two bolts are where the gascolator will be re-attached sometime in the future. 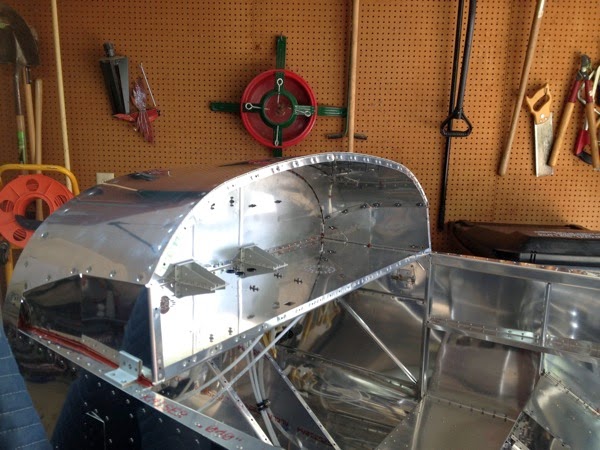 That makes a big difference in appearance!  Having the upper skin in place adds another bit of visual confirmation that this is indeed becoming an airplane.  On the other hand, I really wish I had a working electric screwdriver! 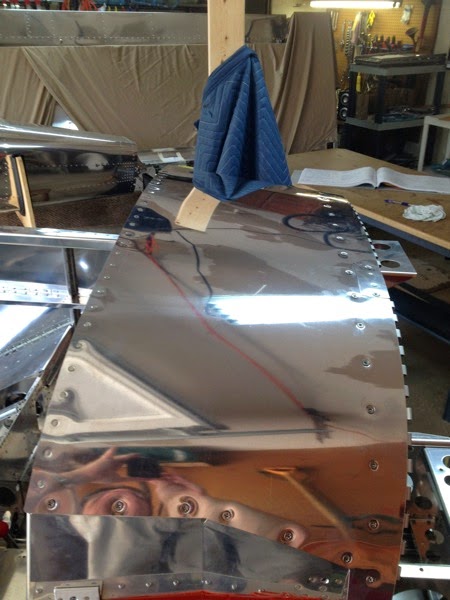