30-all. fitting of Wings

Big day!   Nick (“Big Nick”—fiancée to my daughter, Melena) helped with the lifting and moving to get the wings fitted onto the fuselage.  Looking through the instructions, I noted that I needed to fully deflect the ailerons upward to check for interference.  Oddly, the instructions have you insert the wings & remove them, then tell you to fit the ailerons.  That’s dumb.  We fit the ailerons first.  Biggest problem he had with that was getting two washers at a time on each side of the applicable bolt.  I have a very cool tool—washer pliers—that permit the placement of one washer, but doing two required some jiggling.  Overall, not bad and the ailerons went on nicely. 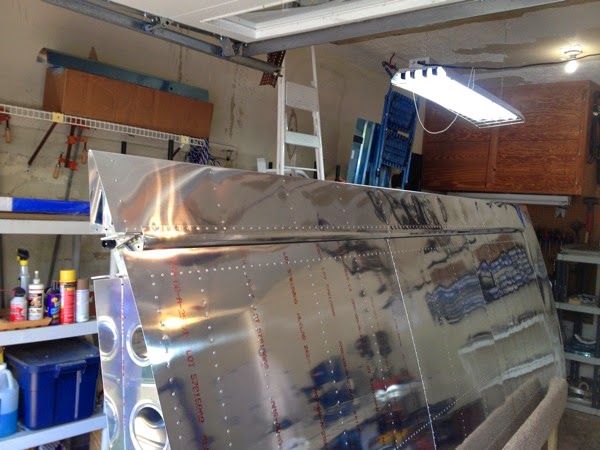 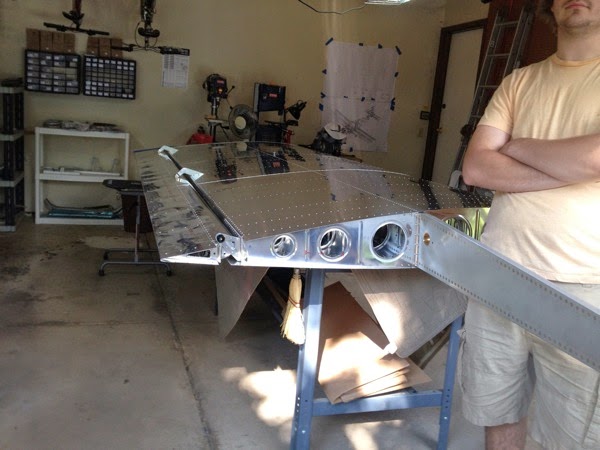 After that came the big event of the day.  We moved the fuselage out onto the drive way and shifted it from the cradle onto heavily padded sawhorses.  Nick held the wingtip and I directed and guided the spar into place.  It got hung up due to interference from the fuselage skin (lower) and the F-1204H Bulkhead Caps.  I used a dremel tool to shave off about 1/8” and we tried it again.  Viola!  The Left Wing was installed!  The Right Wing went in on the first try and we had something that actually looked like an airplane!  Just for fun, I pulled the tail cone out of the garage and positioned it behind the fuselage for the photos. 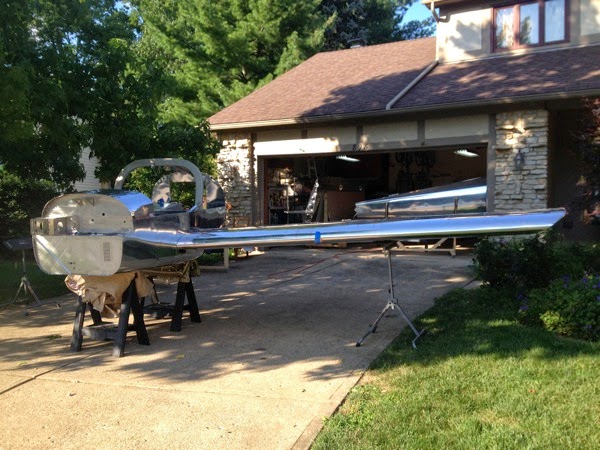 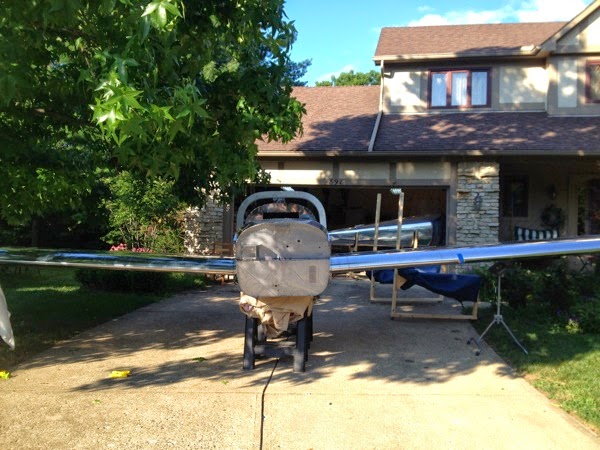 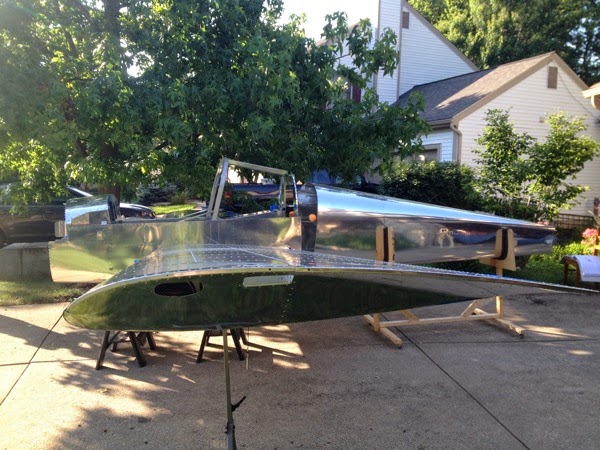 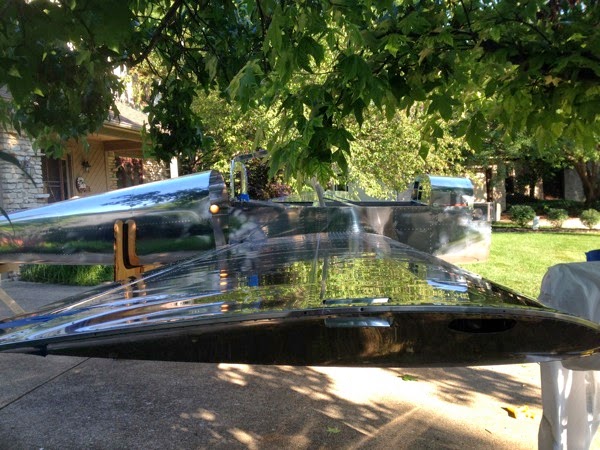 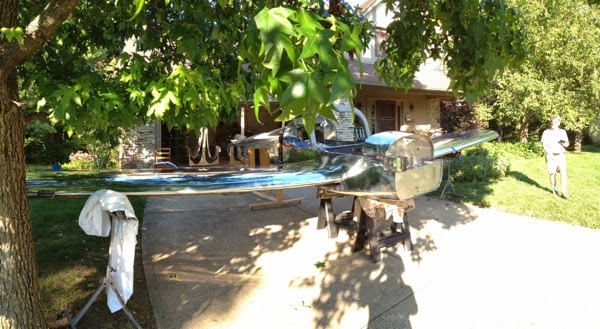