Fairly straightforward day.  Riveted attach angles onto the spars for later attachment of ribs.  No errors per se, but a lot of final drilling of holes that are supposedly final size from the factory.  There was no way that roughly half of the holes in the spars were going to accept the LP4-3 until drilled out with a #30 bit.

I did decide to use plain sawhorses to work with the spars for now.  I will still need to construct the wing dolly, as the sawhorses are OK for working with two spars, but would only support (store) 1 wing, and that's neither safe nor space efficient.

Rib attach angles on the outside edges of the spars. 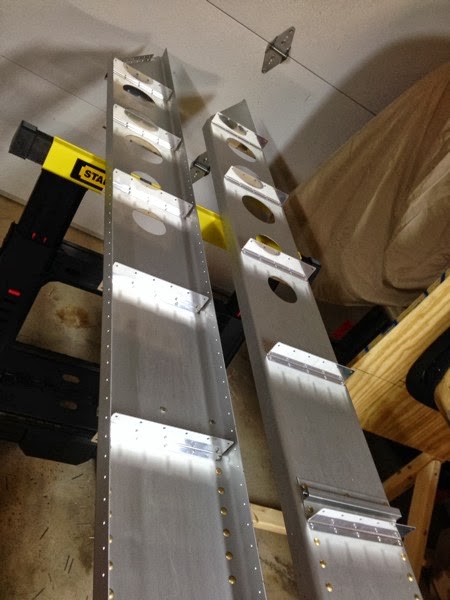 Rivets placed near roots of spars. 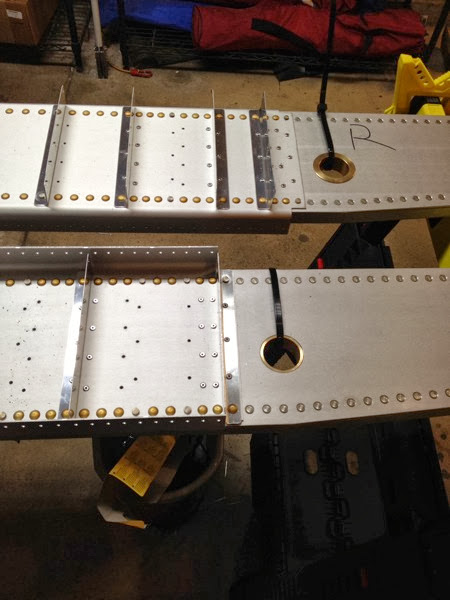