Oct 18.  Did some work on the stub spars, but haven't finished a page yet, so this is only a partial posting without pictures.  I followed the instructions (step #3) to machine countersink both sides of the inside part of the stub spars to accept a 426AN3-3 rivet.  When I squeezed the first one, I didn't like the look of the shop side.  The countersink was too big to be filled by the metal from the tail (shop head) of the double flush squeeze.  I left that one in place, but promptly switched up to 426AN3-3.5's for the other 5 rivets.  The longer tail filled the countersink void much better.  I get off work in 2 hours and will probably work on the other countersinks along the flange edges (step #2) and finish off the stub spar prep later today.

10-21.  Finished the small parts and stub spar prep work with Nick.  Mostly pretty straightforward, but I’m not entirely happy about the hinge assemblies.  When I squeezed the flush rivets next to the bearing, the edges flared out a bit.  I’m not sure what pattern of squeezing the rivets would have minimized this, but I didn’t use that pattern :(

You can see the slight gap as you look down the edge of the hinge assembly (by itself and more so on the one on the right.)  I’ll put these in my “hall of shame” photos for later review by Rick Grey. 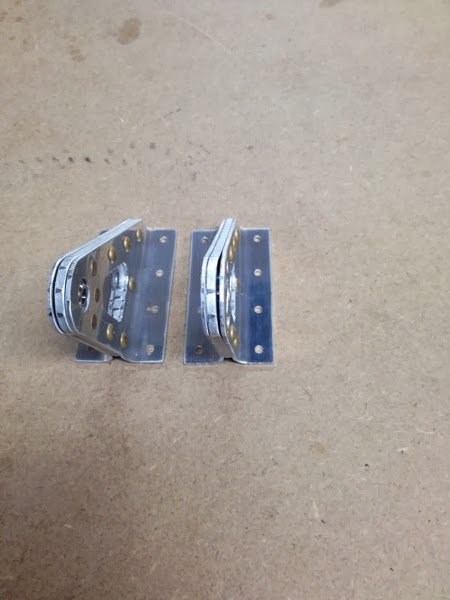 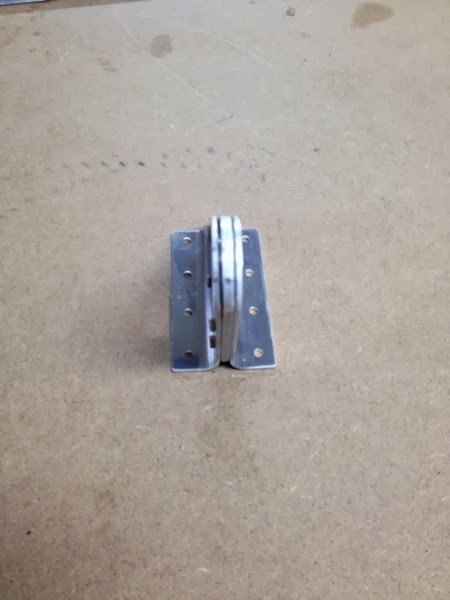 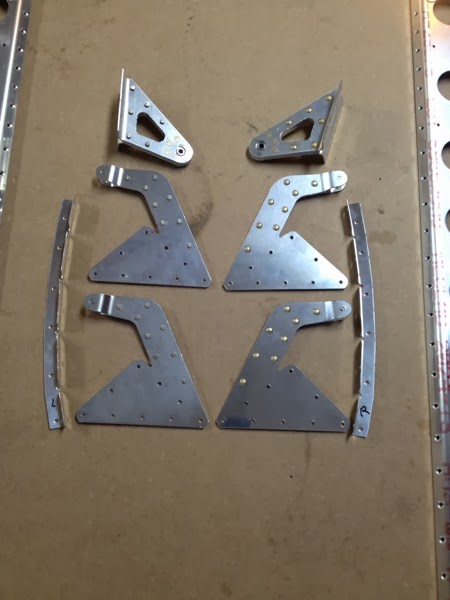 The stub spars look nice.  I fretted a bit about why I was countersinking them and went so far as to post to VAF.  The answer was remarkably straightforward:  Van’s has already dimpled the appropriate sheet metal for me. 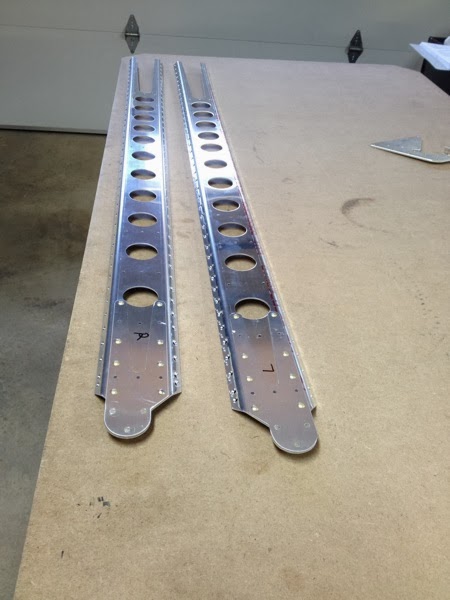