Hurrah!  I can get back to work.  The wing kit arrived, only about a month behind their original prediction.  (I'm currently overwhelmed at work myself, so I'm not complaining.  Much.  Every company should be so blessed as to be running behind production schedule :0) 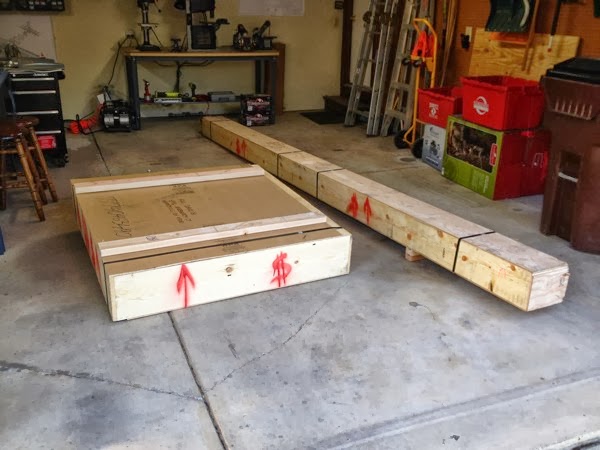 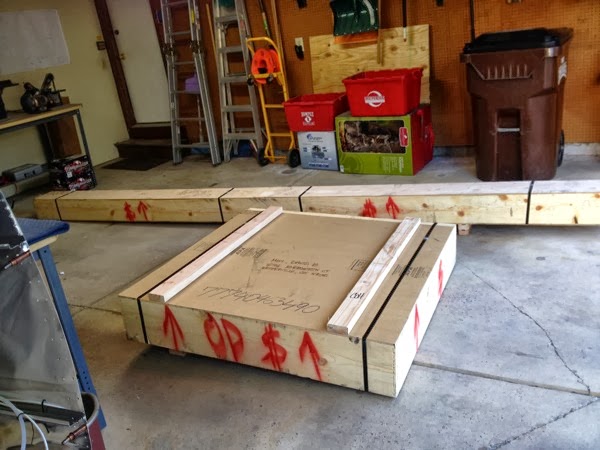 A solid day of work in the garage has resulted in the crates being opened, broken down and/or stored for future use, all components removed, stored and inventoried.  I found one discrepancy,  no A-1210B-L (Middle Nose Skin), but two -R's instead. I've already sent my email to Van's.  There's no rush, I don't think I'll need that part for quite some time.

I also took the time to overhaul my bins-of-small-parts and followed the advice of making an individual bin for each type of part, not a bin for each bag of parts. 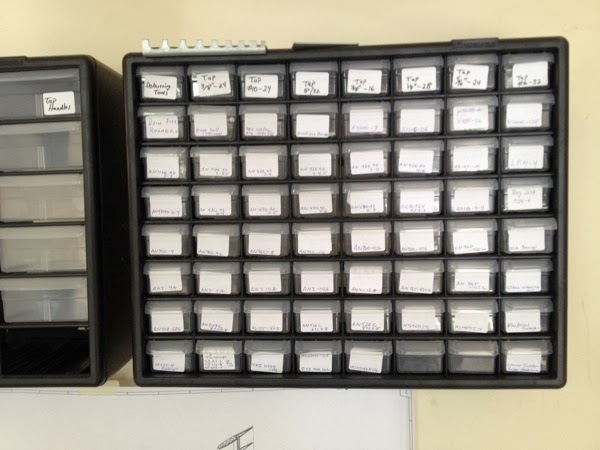 I have 3 hours before I need to get ready for work (again).  I might go play in the garage, I might go out to the airport and get some flight time in the Cardinal.  I will try to engage Nicholas and get him involved in anything, so that will probably be the determining factor.