I ran all of the wires for the wings before putting on the skins.  While it was easier to see the grommets and run the wires, I fretted about bending the ribs excessively.  Engineering is always about tradeoffs and this was a perfect example.  Although there were no actual problems, I can see that having the skins on would have provided much more stability to the ribs during the pulling process.  Live & learn.

Anyway, here are the pictures of the R & L wing electrical connectors.  Note the R wing has the female half and the L is male for the floating connectors.  These are interesting connectors: the female is mounted with deliberately loose bushings and there are 3 cm long pin/sockets to allow a little bit of wiggle room (imperfect alignment) as the parts are mated.

I purchased another set and will make a test jig with 12 Vdc and some switches so I can power up the lights after they are installed.  I’d much rather debug anything ‘in situ’ rather than finding out that there’s problem when I’m integrating the wings and the fuselage. 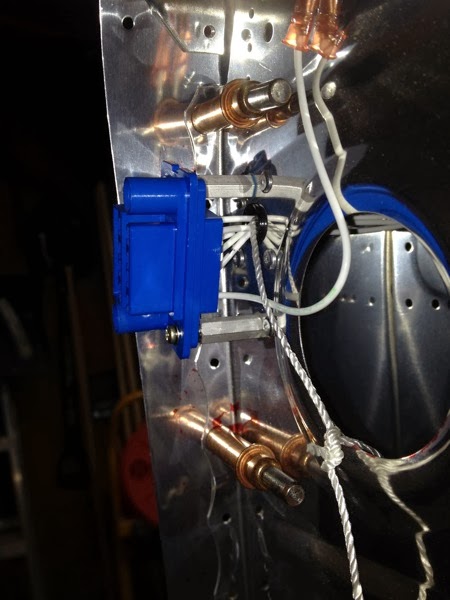 Left wing with male connector.  Note the string tied through the lightening holes.  Not sure why they requested that I put another string in after the wires are pulled, but that’s what the plans call for, so it’s there. 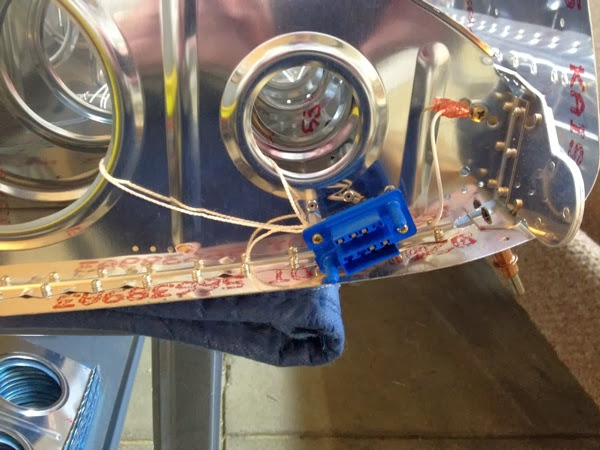