Well, it was time to face the dreaded drilling of the stainless steel.  I read a fair amount about it and decided that the important parts were (1) change the pulleys on the drill press to low RPM, (2) ensure I had a new (sharp) drill bit and (3) don’t try to match drill in place!  The technique I decided made the most sense was to set things up as per the plans, but wherever they said to match drill, I inked the spot then used a spring loaded center punch (arbitrarily using 6 punches per spot) to make a starter divot into the stainless steel.  Then the structure was dissasembled and taken to the aforementioned drill press.  First pass was with a #40 bit, followed by a #30.  This actually worked out pretty well and there were no real problems with the actual drilling.

The instructions are pretty ingenious about allowing the builder to get a straight row of holes for the leading edge and two holes placed on the opposite side for the attachment of the nose brackets.  The nose brackets are only held in place with a single rivet, but that is really only for assembly.  Once the structure is complete, the counterweight is held by 12 rivets into the leading edge skin which, in turn, is riveted to the flaperon spar in the usual fashion .

On the other hand, that single rivet didn’t do a good job with maintaing a tight tolerance.  You’ll read about that later. 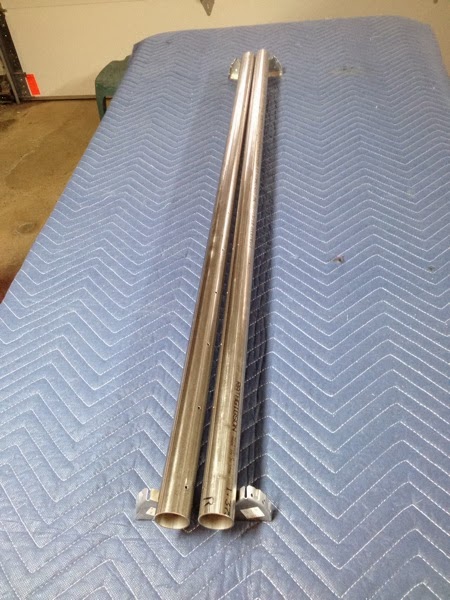 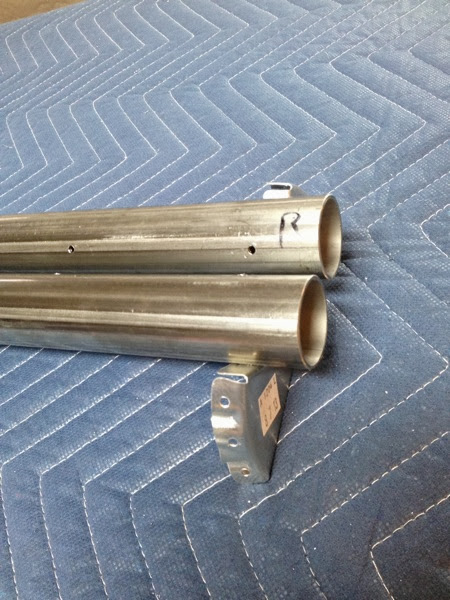