I knew that this would be a challenge.  Those thick, heavy oil hoses don’t like to be bent or twisted.  It was a challenge getting the two from the oil reservoir down behind and under the engine.  The nipple to the bottom of the engine was just barely able to clear the muffler (and there was still oil in the bottom of the case to dribble on things and make a mess.)  Nonetheless, it’s what I expected at this stage of the game.  As more and more things get assembled, there will be less & less room to make it easy.  (After all, if it was easy, then anyone could play!) 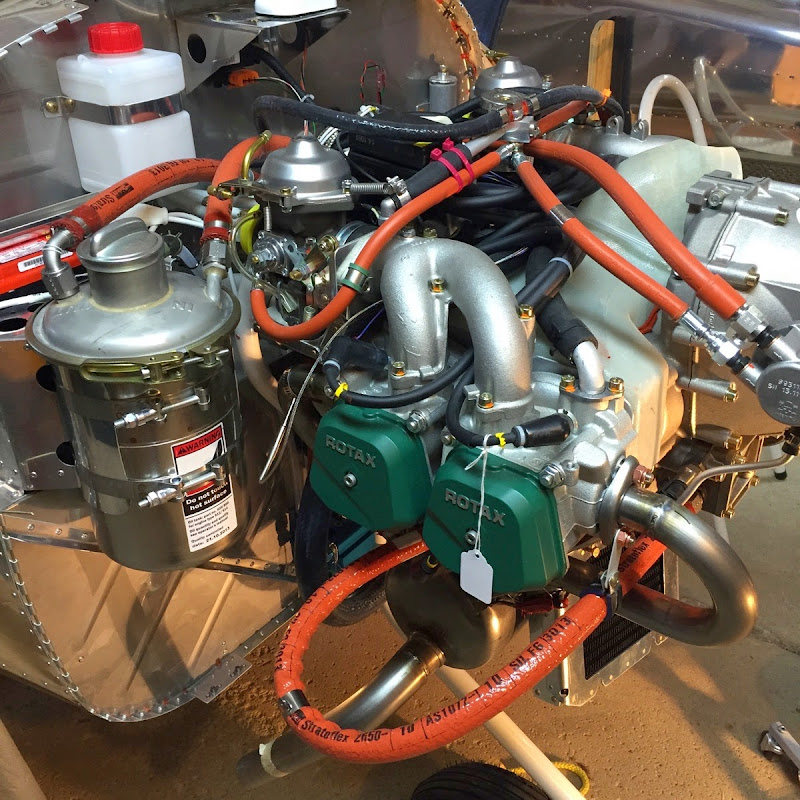 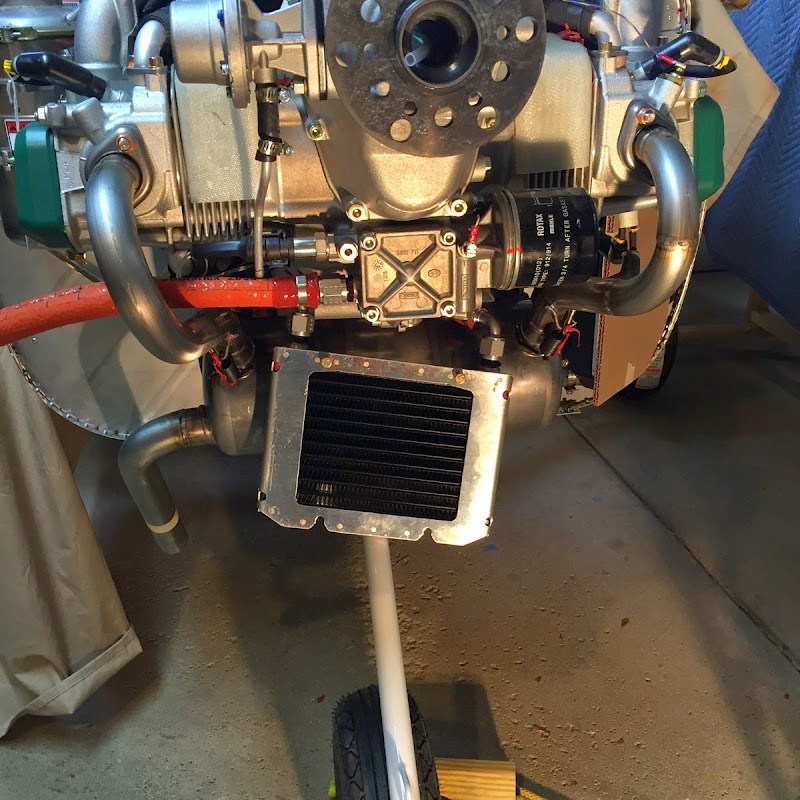 By the way, the oil cooler looks distinctly crooked in this picture.  It is.  The Book tells me to attach the cowl (with installed duct assembly) and tighten the hoses with it placed thusly.  Don’t worry, I’ll get it straight before I’m done.

Addendum:  The cowling epoxy work was done on 4/3, and I was able to finish up the last step of this page and tighten up the hoses.  I added thread seal and tightened up all 6 oil hose ends.  The cooler still hangs crooked when on its own, but it fit into the cowl OK.