Side project!   I’ve been putting together ideas for a few weeks and finally got around to buying the lumber and just building the wing cradle.  It’s getting to be a bit tight around the garage, but I have a place to put the wings.

I started off with the “generic wing caddy” from the EAA site: 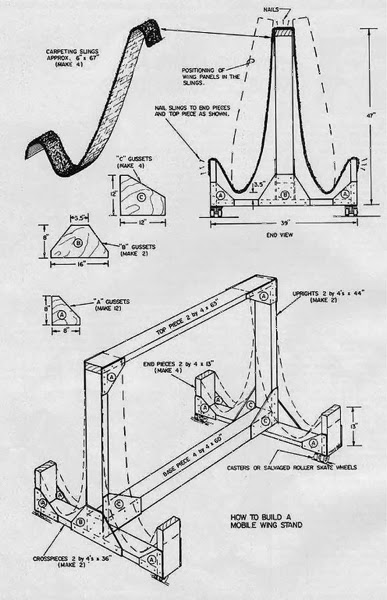 A few modifications; the outrigger uprights are 24” instead of 12”; the main piece is 8’ long, and I used a full piece of carpet instead of just two straps.  I was amazed at how hard it was to cut all of that wood.  I also used lots more screws than I thought I would.  This thing is built like a tank, definitely overkill.

Here’s the photo with the wing spars resting down in the slings.  I’m letting their weight settle the carpet before I secure the top piece with some more staples. 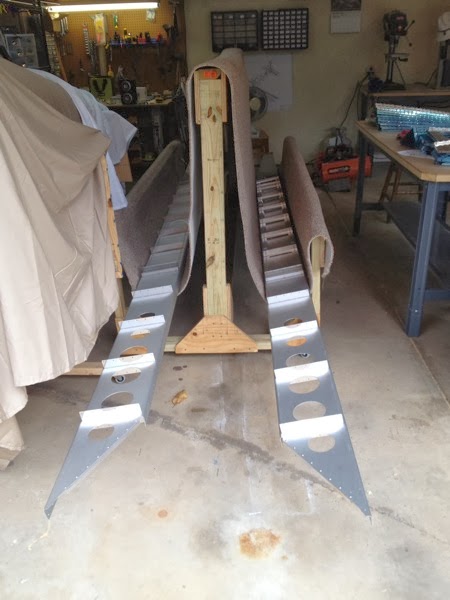 You can’t see them under the lip of carpet, but I did recycle some of the lumber from Van’s crate.  The other wood is cheap stuff from Home Depot—much wetter & heavier :( 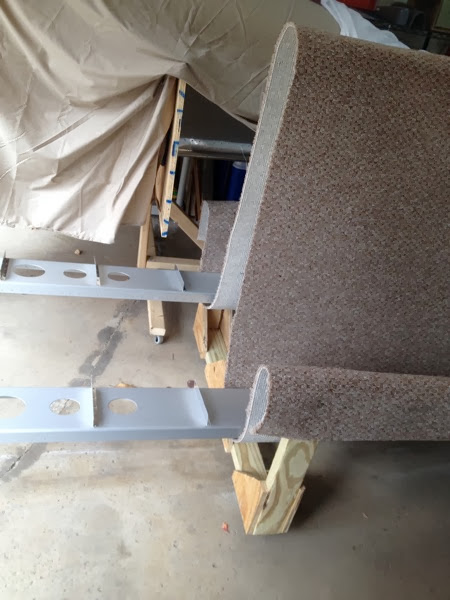