Hurray!  The Left wing is finished!   As usual, what looked to be about a 1 hr job took about 4 or 5 hours total time.  Much of that was spent in angst, preparing to bend metal in a new way.  I fabricated 2 of the bending tools from scrap plywood because I wasn’t happy with the bend in the 1st one.  Then I debated spending a bunch of time in the (still very cold) garage vs. moving the closeout into the kitchen and working there.  It was below 0°F outside, so you can guess where I decided to do the work.  I found a nifty $2 protractor with extension arms that allowed me to make easy work of bending up the tabs.  Nicholas & I went out into the (minimally heated) garage and clecoed the entire perimeter of the closeout.   It was much, much easier to do all of this work (well, almost all.  We’ll get to that momentarily) with the wing inverted on the work bench. 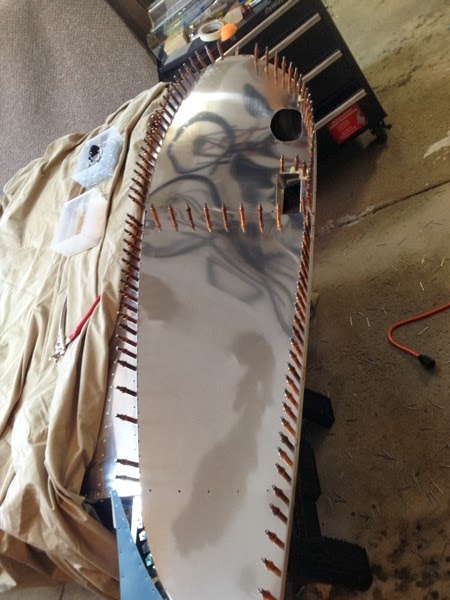 The very leading tab had the most radical bend required: 116° and it proved to be the only one that didn’t fit nicely into place.  I ended up putting a scrap of plywood on the bulge that extended below the skin edge and gently tapping it until it slid into place enough for an awl to reach the rivet whole and finish pulling it into place.  Below is the view of the recalcitrant tab, after it’s been coerced into place. 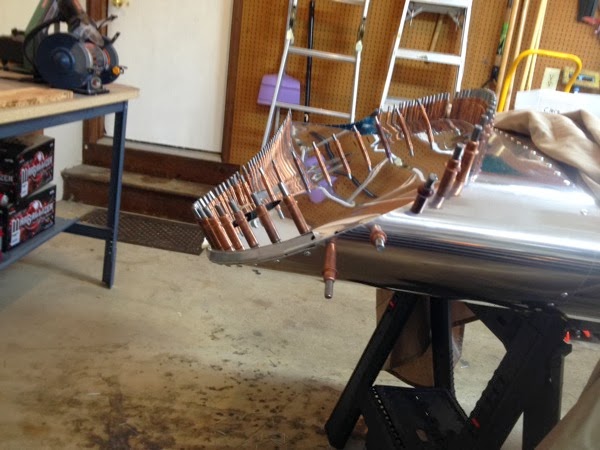 Finishing up with riveting had no surprises.  I couldn’t use the awl to do final alignment and hole dilation due to the lack of reach for the awl tip, some gentle reaming with the #30 reamer was required for most holes.  Nonetheless, the next two pictures show a pretty looking wingtip. 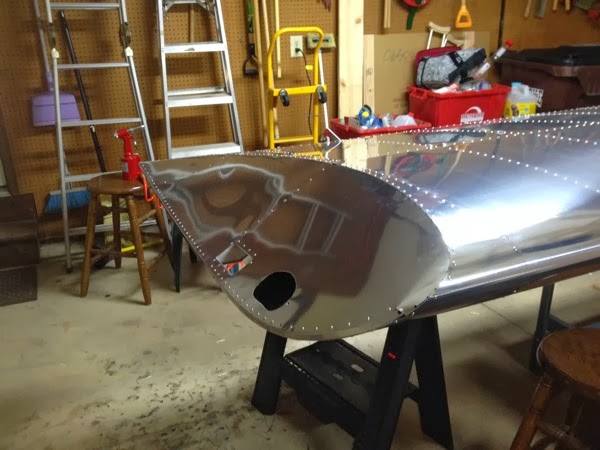 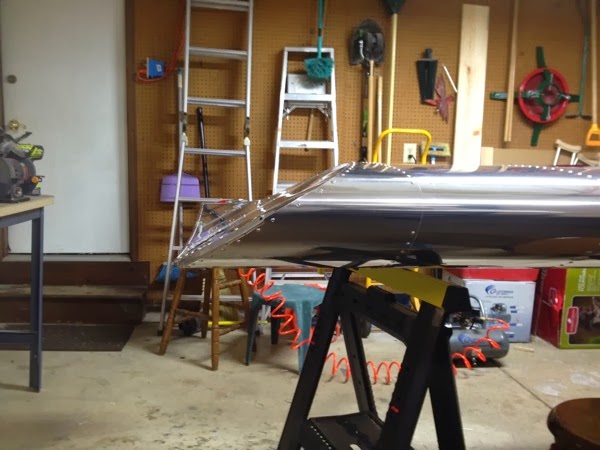 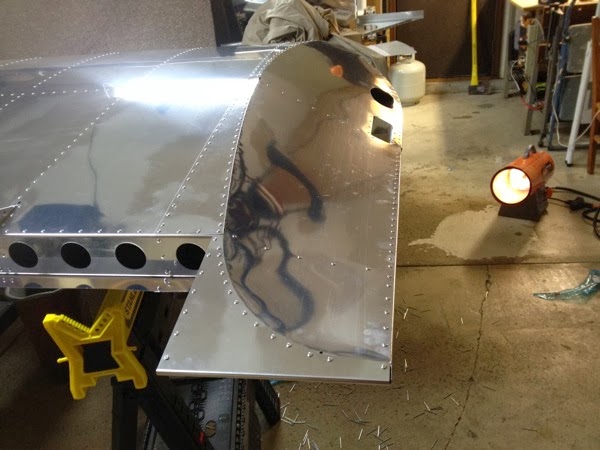 The last step was to attach the Wing Tip Trailing Edge.  Per instructions, I clecoed it in place and attached a straightedge to verify that the trailing edge was parallel to the trailing edge of the wing skin.  (I put a yardstick against the two most rear clecos and then measured the gap between the yardstick and the trailing edge.  It was 9” at 3 points, so I was quite happy to leave it alone since I didn’t have a clue how I would have changed anything.)  The last step was my mis-step.  I tried to final drill from below (bad ergonomics) the 6 holes for the last rivets.  My drill bit must have been extremely dull, since it didn’t cut worth a damn and I ended up with some wobble/drift on the 1st 3 before I changed drill bits and got much better cutting performance.  On the R wing, I’ll flip the wing over for those holes and drill them right-side up.