This guy was a pain in the rear.  I threaded the harness through the panel grommet and did a bad job remembering to not tangle with the brake lines under the panel. I had to fish it back out and re-thread it.  There’s a large gauge red power wire (auto pilot roll servos, IIRC) that inexplicably has a spade-spade junction about 6” from its end.  That damn spade-spade junction is damn near impossible to fit through grommets that already have wires through them!  I’ve delivered 10# babies easier than that!  Oh, well.  At least it’s done now.

The pictures aren’t much, just more of the wing connectors and some more wires.  There’s really not much else to photograph... 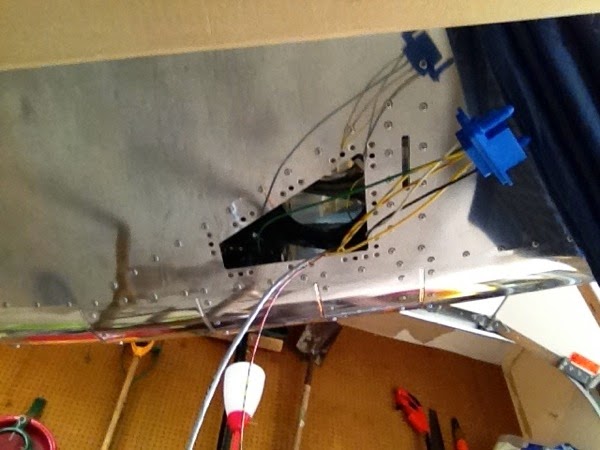 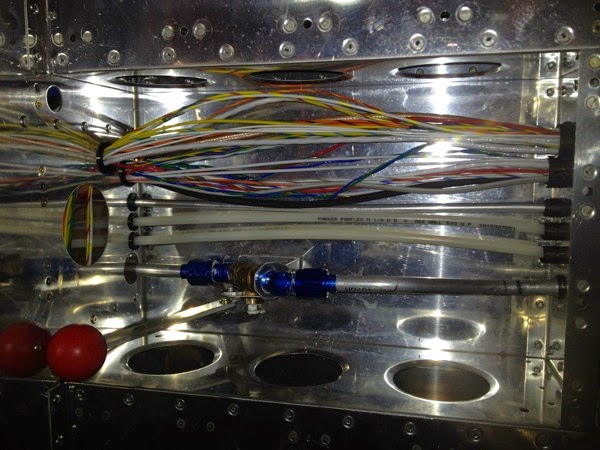 Mid tunnel with both Main and Options harnesses