After finishing up the roll servo connector issue, I returned to working on the wing connectors.  The blue connectors are rigidly attached to the airframe, but they are not rigid themselves.  There’s a deliberate bit of wiggle and slop so they can make minor self-adjustments as the wings are slid into place.  There’s a bracket under each seat that is held in place with 4 screws and that bracket attaches to the connector.  Remember the two holes in the picture on 41-11?  Those are the holes through which the brackets are attached.  Unfortunately, they were too small for the screws to fit through.  The location prevented me from getting a drill or other tool in place, but I was able to actually tap them by hand.  Time consuming, but not horribly difficult. 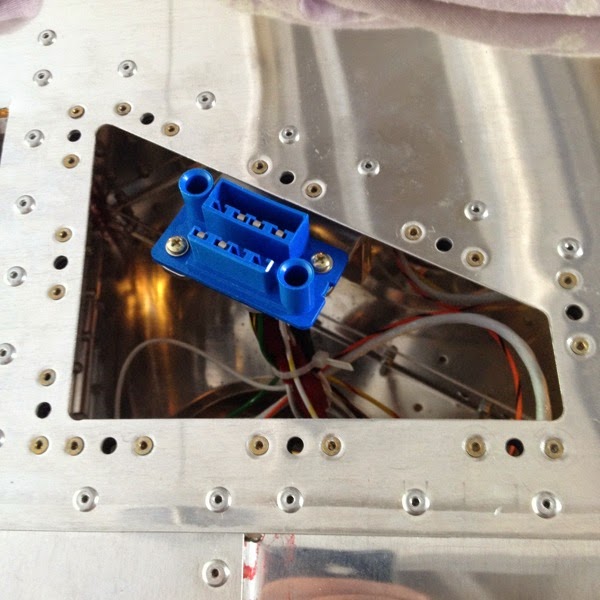 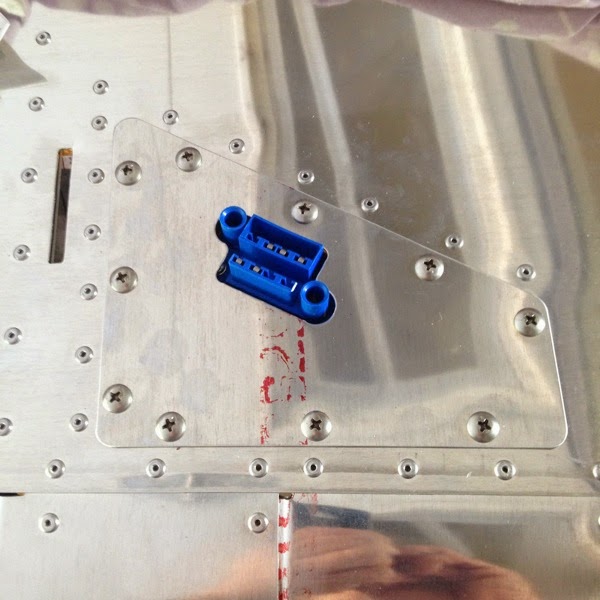 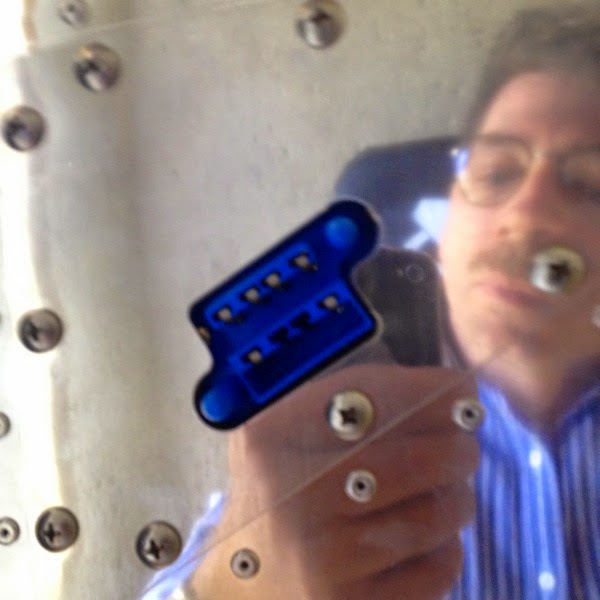 Note the pins on the right connector and the sockets on the left.  The wings are, of course, reversed.  I think that’s pretty clever on Van’s part since they can put one complete set in the wing kit and one in the finish kit.  If they put one gender on the wings and the other gender on the fuselage, they’d have to open each set of connectors they bought and keep separate inventories of male & female.