Ah, now this was an embarrassing page.  When pulling various wires through the rear portion of the fuselage, I found that it was convenient to take several shorter wires and tuck them through a convenient lightening hole while I dealt with some longer ones destined for the aft reaches of the tail cone.  I then came across this page which has me insert that same handful of wires into a Molex 9 pin connect.  Then, and only then, did I realize that the wires were still placed through the previously convenient hole and were no longer able to be removed due to the connector.  Well, damn.

I couldn’t find a thing to use as a removal tool, although I knew what they looked like and how to use them from my previous life as a electronics geek. I tried the usual suspects of Radio Shack and then MicroWarehouse.  No one in those shops had the slightest idea what I was talking about.  Struck out at Advance Auto, since those had been used in cars during the 80’s.  Finally, went to Roush Hardware and got some narrow diameter aluminum pipe/wire.  Viola!  I now have 1 meter of pin removal pipe/wire that can be used for similar boneheaded maneuvers.  I’ll probably post a note on VAF and offer to send someone 6” if they find themselves in the same boat.

Anyway, here’s the connector (not threaded through a convenient hole) for later connection to the servos. 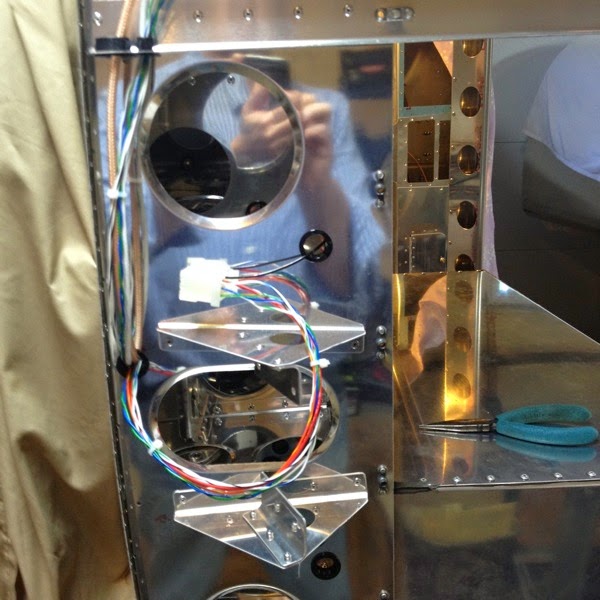 Recall that the plane is on its right side, so “up” is directed to the right side of this picture.