Remember a couple of pages ago when I asked if you saw anything funny about the flaperon mixer arm?  Here’s that picture for you to take a look at. 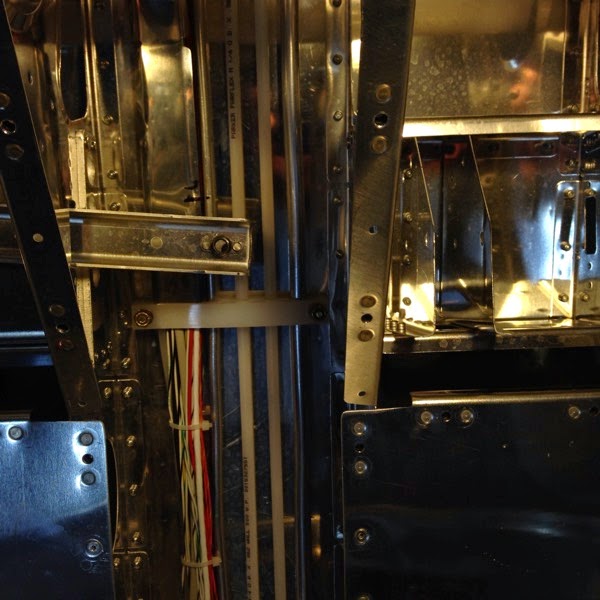 Note the nut plate on the far end.  We are looking down at the mixer arm and the nut plate is visible on the upper surface.  On the next page, I’m supposed to put a bolt through the upper arm and into the nut plate on the lower arm.  That means that we are looking at an upside down mixer arm.  This is the kind of thing that gives me nightmares about this project.  Here’s a classic example of something that I built incorrectly and is nearly impossible to fix due to multiple overlying / subsequent structures.  It took about half an hour of fiddling before I concluded that there was no way to disassemble and remove the mixer arm intact. 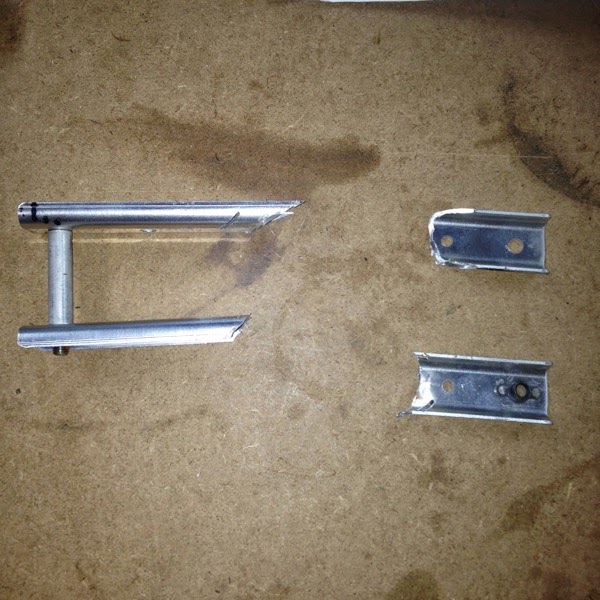 It was ugly, but I managed to get the thing out by hacking each arm into two pieces.  I have a dremel tool with a flexible extension.  I used a cutting disk and a lot of patience to make a very oblique cut through each arm.  (Next time I’ll hook up the vacuum hose right next to the work and collect the dust and debris as it is made.) 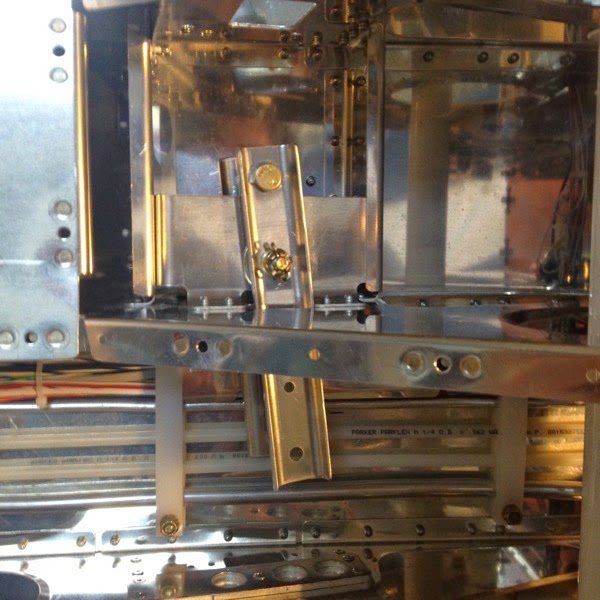 Here’s the new mixer arm, properly installed.  It actually wasn’t too difficult to slide the pieces into place, but lining up the washers and the work pieces required the assistance of my son working from the underside of the plane and gingerly pushing the bolt forward as I held things in place.  To add insult to injury, we finally got the bolt in place only to discover I had used an AN4-21A instead of the AN4-21, so we had to re-install it again.  Oh, well.  It’s finally in place.   I did take advantage of my situation.  When I had the original piece in (upside down) I noted that it rubbed against the thin shim overlying the electrical wiring.  I took the new lower mixer arm and buffed the edge that is close to the shim to give it about 0.010” clearance.  nice!