The flaperon pushrods were fairly easy to build.  It took quite a bit of percussive coercion to install the studded end-caps into the pushrods!  I don’t believe that the rivets added anything to the strength or stability of the assembly because those guys aren’t coming out on their own.  Attaching the pushrods to the mixer was easy.  Attaching the flaperon torque tubes was a bit trickier because of the traditional problem of putting the inside washers into place when you are working with a small, enclosed space.  To make matters worse, the fuel tank is still installed on the R side and I wasn’t able to remove it because the fuselage is too close to the floor to get under it to remove the fittings.  Perseverance is key, and I was eventually able to get everything bolted (and washered) in place. 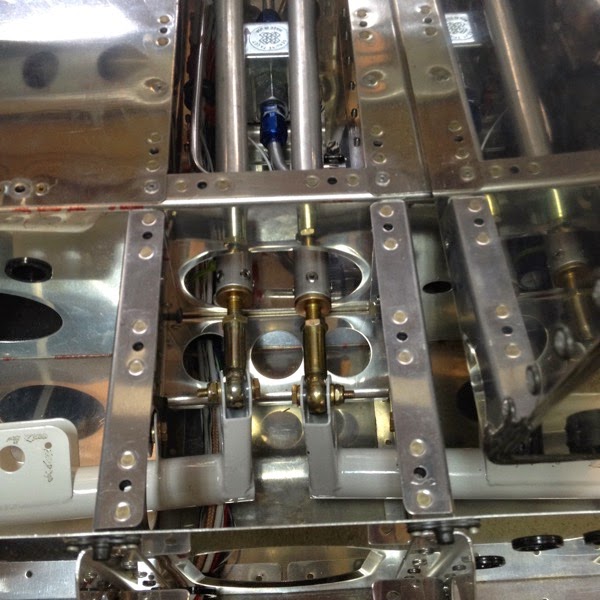 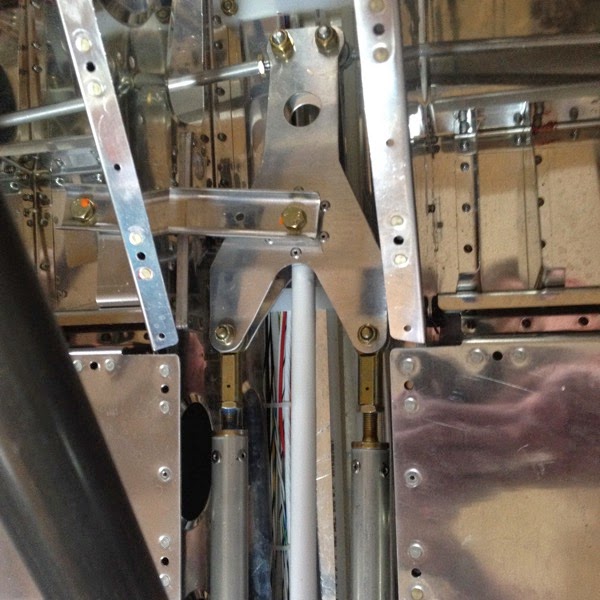