This was pretty straightforward.  I pulled the pitot line out of the tail cone and installed into the forward half of the plane, as per plans.  This will require me to re-install it in the tail cone, but that should be doable since it only goes back about 9-12”, to the AHARS unit in the proximal portion of the cone.  I expect it will require a contortionist, but that’s what Nick is for.  :-) 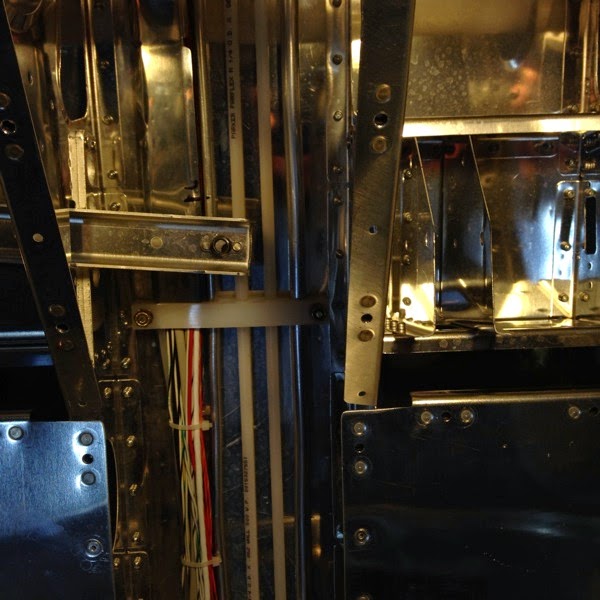 By the way.  Do you see the flaperon mixer arm?  Does it look normal to you?  Stay tuned for an update in the next day or so.  (Right now, I’m stuck at work with the schedule from hell, so I may not be able to do any work on the plane and update it for a few days.)