Again, not a big deal, and thus a highly satisfying page. 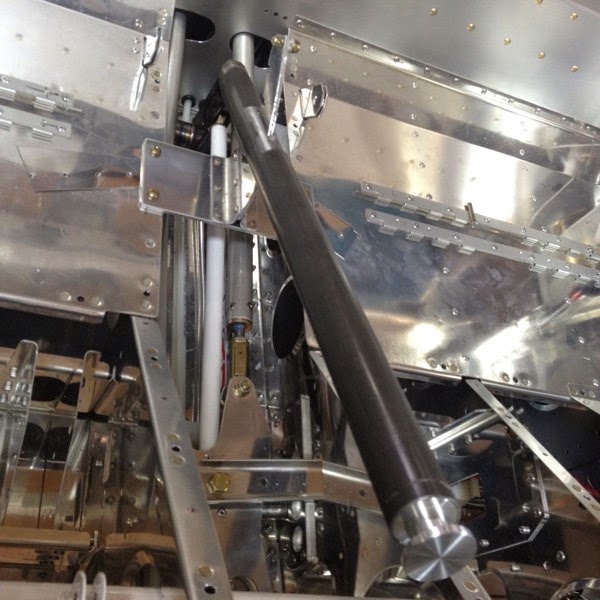 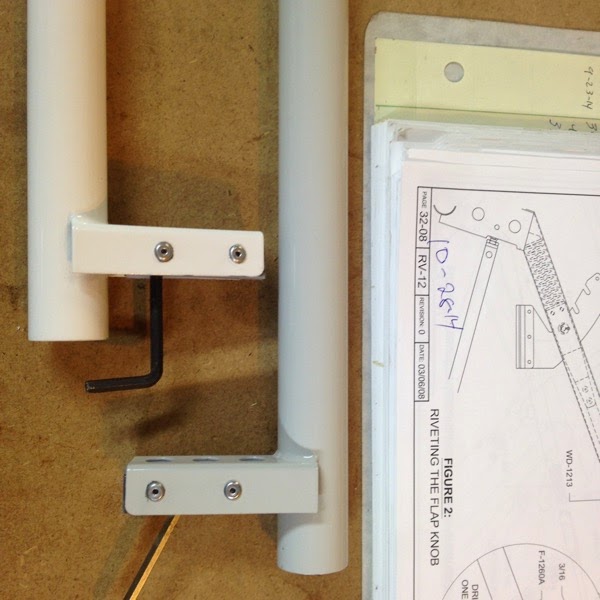 The torque tubes needed to have nylon spacers epoxied in place.  I don’t understand why they have to be #12 drilled where the rivets go, especially since the rivets don’t attach anything.  Weird.  The black and silver gadgets that you see sticking out are allen wrenches that happen to be 1/8” wide.  They are holding pressure on the nylon spacers until the epoxy sets.

BTW, I’m done with this chapter for now.  The next step involves attaching the wings and drilling the matching torque tubes.  Those require the final skins to go on the belly/lateral edge of the fuselage and those require the tail cone to be attached.  On the other hand, it would be much easier to do the match drilling without having to climb into the back of the fuselage when it’s attached.  Oh, well.  I’ll solve that dilemma when I get there.  For now, I can’t do anything with the rudder or stabilator control links since they aren’t anywhere near the fuselage itself.  In other words, I’m on to the gear!