I naively thought this would be a slam dunk.  Not!  I spent nearly 4 days fighting with the little tiny gap fillers that aren’t even visible in the photo.  The downside of my initial sanding to fit was that I really failed to appreciate the fact that the roots of the prop blades are truly elliptical and I did my initial fitting to the minor axis of the ellipse.  When I figured out how to pitch the props, they axis is quite different and they rotated up and impinged on the gap fillers.  I had to find assistants to remove & re-install the blades several times to get things sanded down to fit. 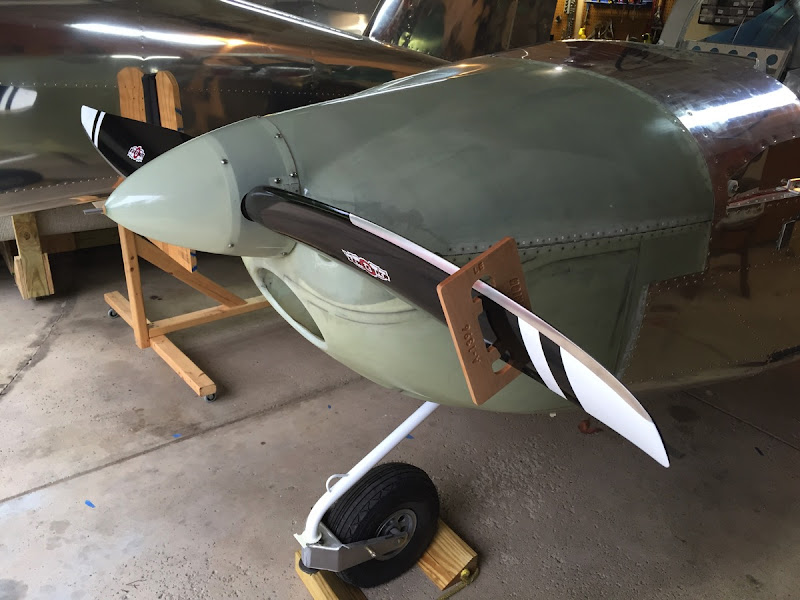 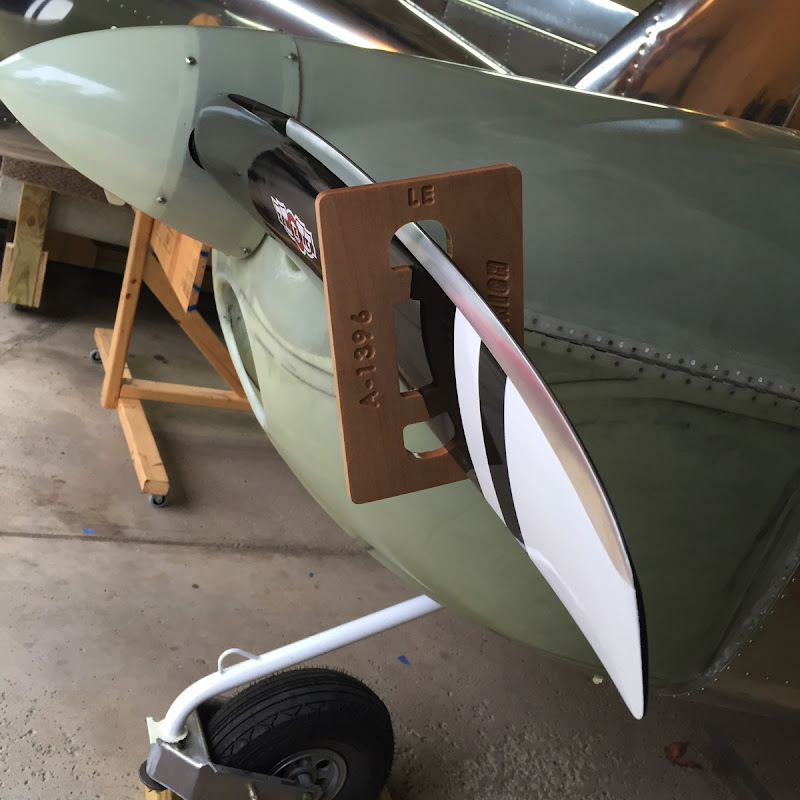 I also made an assumption that turned out to be false: that the leading edge pitch of the descending blade was the negative of the pitch of the ascending blade.  The question of the assumption was triggered by a thread on VAF.  I had previously set the prop pitches as 22.6° and -22.6° using the canopy side rail as the 0° reference.  Last night I finally realized that this assumes the prop axis of rotation is parallel to the canopy rail.  There’s no way to easily check that, but I’m pretty sure that they are not parallel because when I checked both blades in the ascending position, I found there was about 4° variation.  I gave up on using the digital method for now and set both blades using the #3 pin.  I’ll revisit this after I get the carbs synched. 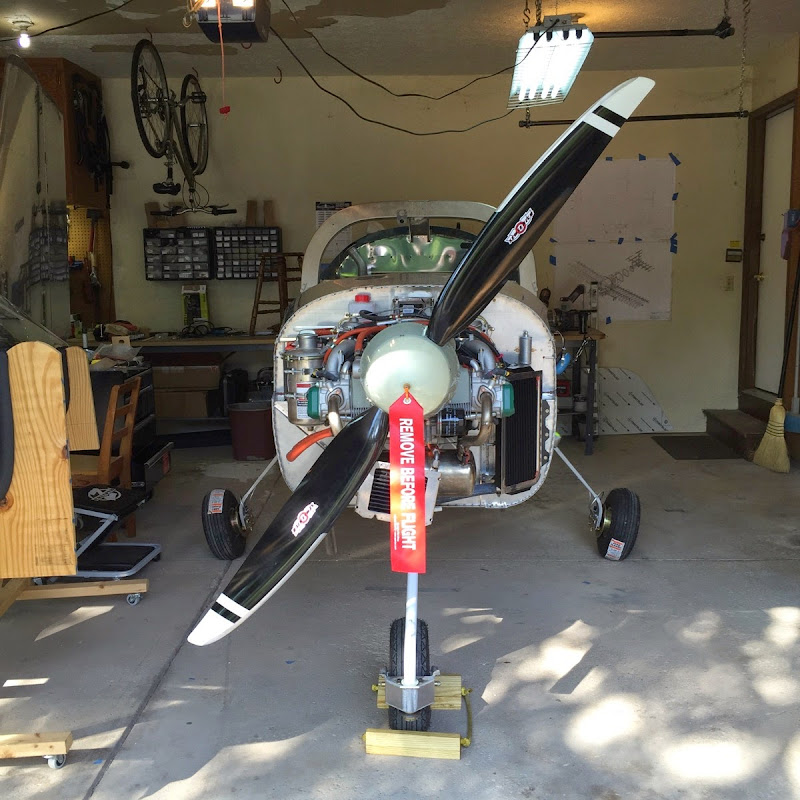