The holes for the nut plates were final drilled #19, then the wing holes got drilled (from the inside).  Lots of countersinking and deburring, then lots of riveting.  You can see through the translucent fiberglass the two metal plates used to hold the gap fillers in place.  That metal is only 0.032” but The Book called for countersinking.  I declined and dimpled instead.  I know, I’m a rebel.

The plate off to the side is the optional spacer I used to help alleviate the cowling spacing issue described else where (and nearly remediated, I might add!)   I wasn’t able to do the final prop & spinner install because I need AN5-16 bolts (instead of AN5-15’s) due to that spinner.  That, and it’s 1:00 AM when I took that picture and I didn’t have an assistant to hold the prop blades in place.  BTW, the bolts arrived this morning about 10 hours after I took this picture.  Stay tuned. 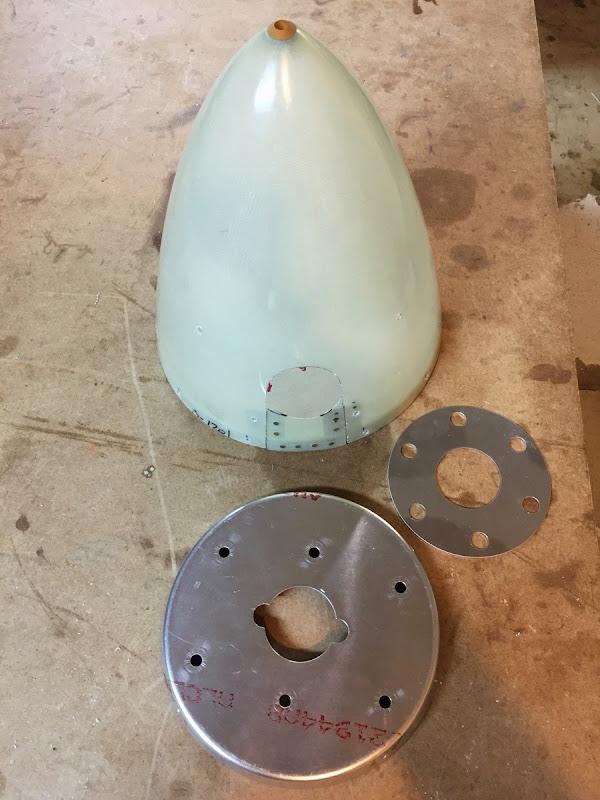