The canopy frame was mounted without too much hassle.  As predicted by The Book, I did need to add some washers to prevent it from binding on the front fuselage when it pivots. 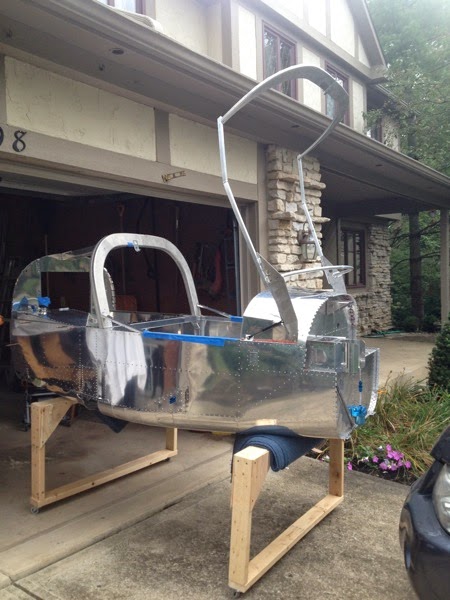 As you can tell, there’s a little bit of a clearance issue with the fuselage up on its stand, so I had to get it out side to do the first swing up/down. 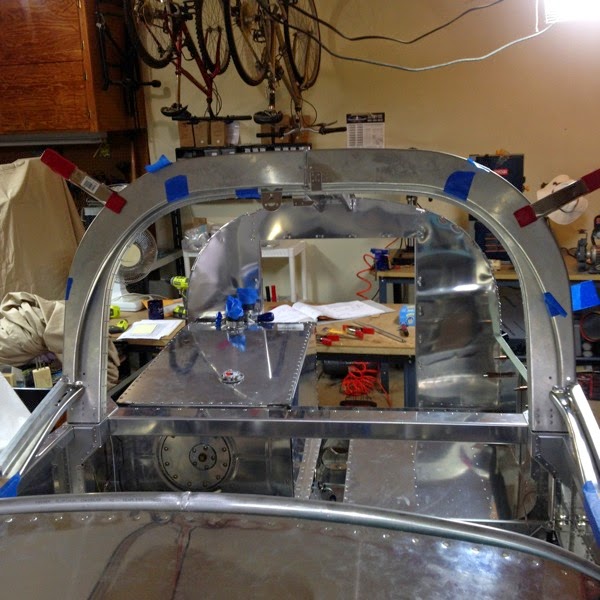 Here, the canopy is held down and firmly fixed with the addition of some wood blocks that were planed to the proper distance.  The blocks are held with the blue tape and the large ‘pony’ clamps hold the frame to the roll bar.   In the next step, I’ll figure out that I need to move the pony clamps to be inside the plane instead of sticking out in the breeze.