On the other hand, this should have been simple and straightforward, but it wasn’t.  First of all, I had already installed the original latch when I built the roll bar but I needed to remove it as part of the retrofit for the new canopy closed switch.  Removing it was easy and I set it aside.  The replacement piece had two extra holes for the mounting of the switch.  I did all of the tapping and drilling without problem.  I attached the nylon guide piece before I noted (only in the retrofit instructions, not in The Book) that the tongue of the plate is to be bent forward 1/8”.  Fine.  I drilled out the rivets holding the guide piece and proceeded to bend the tongue back 1/8”, then re-riveted on the guide.  Did you catch that?  Specifically, did you catch the direction that I bent the tongue?  Back; not forward.  By the time I realized that, I had already done some work on the guide blocks that required the use of a #19 drill bit.  I didn’t check my drill and used that to remove the rivets again.  After I beat the tongue into the forward direction, I discovered that you can’t set #30 rivets in #19 holes.

Luckily, all was not lost.  To be precise, I had not lost the original latch plate.  I used the ruined one as a template, drilled the new holes, tapped one and shaped the other.  I had a spare piece of nylon as well, so I just re-carved a new one.  This time, all went as planed and the latch plate installed without problem.  Finally. I think. 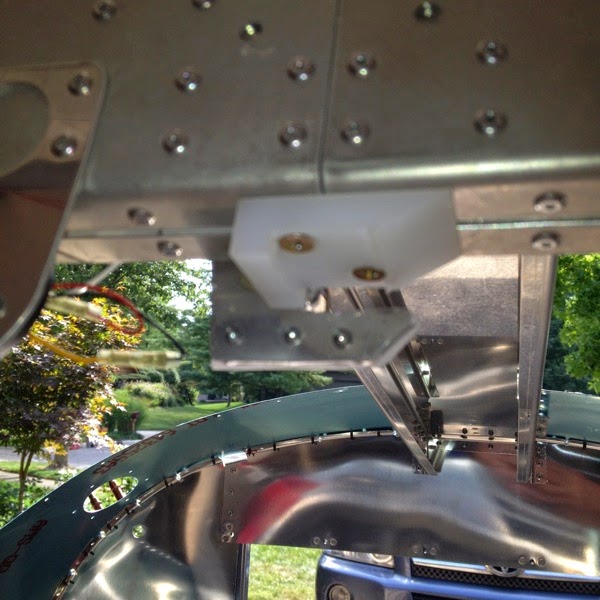 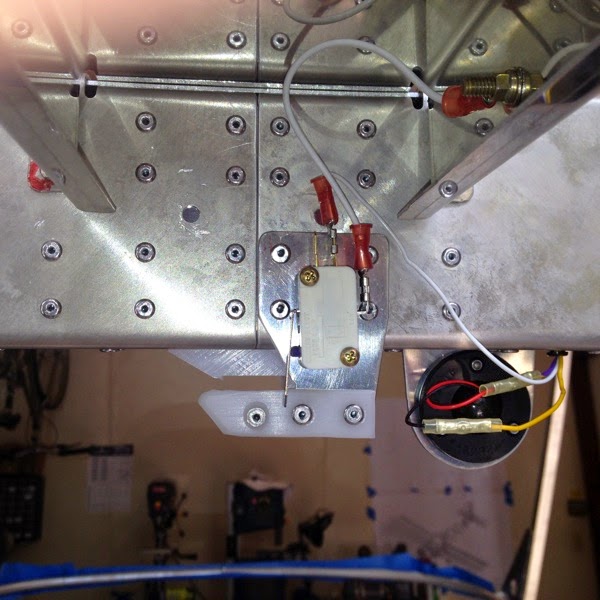 The wires for the eyeball light will be glued into place with tank sealant sometime soon.  (I’m making a list of all the places to use tank sealant and will do all those chores at one time.)

I finished installing the canopy & latch a few days ago and completed positioning the switch so that it activates properly when the canopy is closed and latched.