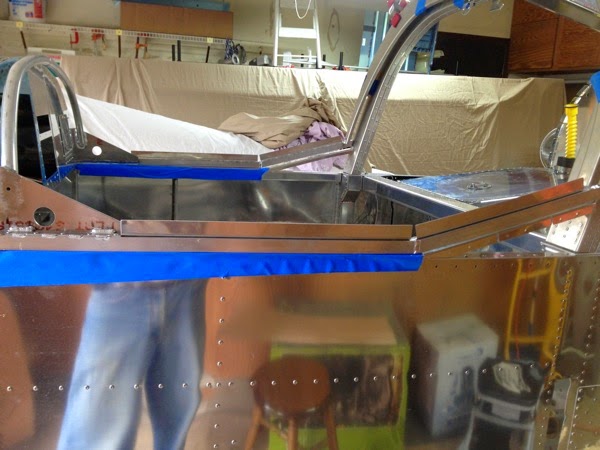 The canopy attach angles are the thin angle pieces into which the sides of the canopy will eventually be riveted.  They needed to be fluted to match the curvature of the frame and then riveted in place.   I almost spent $25 on a tool (rivet fan) to put evenly spaced holes on these pieces, but realized later that they would not need to match up to any previously placed matching holes since I would be match drilling.  As a result of this realization, if I was off a few 32’s of an inch, it wouldn’t matter so I saved $25 and 5 days.  :0)

BTW, the blue tape is holding a piece of cardboard under the frame.  It turns out that regular cardboard is about 1/8” and it makes a great spacer.