This is the first of a long set of confusingly ordered pages.  As near as I can tell, chapter 52M is a heavily edited/modified version of a previously numbered chapter (e.g., closer to 42A or 42B or such.)  I think that’s the case because everything has to plug into the magic box (5000A control module), but there are several chapters that proceed the installation of that box, yet refer to installing cables to it.  I decided to start with the magic box and install everything that I could into the avionics bay, then close it up and go elsewhere.  That also includes the 1st chapter of the engine/prop kit which is the firewall forward wiring harness.  (Note that that name is slightly misleading as the Firewall Forward harness has to penetrate the firewall and connect to the magic box...)

I debated for several days whether to take off the forward fuselage skin that defines the top of the avionics bay.  If I ever build another RV-12, I’ll definitely order the entire set of kits and take advantage of the hard won knowledge of where things eventually end up.  In this particular case, I’d build the fuselage and firewall, install the avionics, then put on the forward fuselage skin.  Similarly, it’d probably be easier to install the autopilot servo (pitch) before all of the seats etc. go in.  Oh, well.

Off topic:  the 5000A appears to be a passive network interconnection box.  I don’t think it has any active components, but is simply a way of routing all of the various wires/signals to each other without creating one giant m×n web of cables.  Even more interesting, I think that they use the same box on other aircraft other than the RV-12.  If so, then very clever. 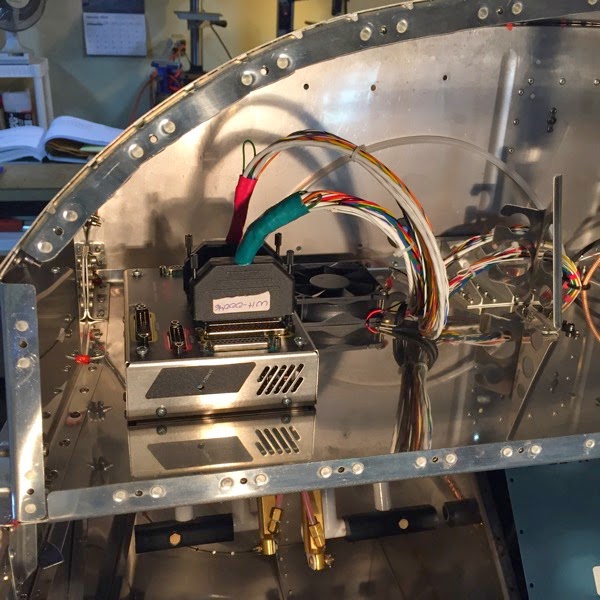