I’m installing the regulator inside the cabin, under the avionics shelf, rather than in the original position of inside the engine compartment.  The plans call for drilling holes in the bottom of the avionics shelf, and that’s a pain.  The view below shows the two nut plates on the upper surface of the avionics shelf.  (One is kind of fuzzy at the bottom of the picture, the other is fairly well framed.)  The Book also calls out that the shop heads of the rivets to the engine mount have to be on the bottom.  Luckily, I had already installed them in that orientation, so I didn’t have to drill out & replace those rivets.

The Book gave a handout to use as a template, but getting under the shelf and taping it into position and drilling up (with the shavings getting around my safety glasses and into my eyes) was not my cup of tea.  I’m also not entirely sure that the scale of the PDF file is correct, as it doesn’t match the size of the regulator when I put it on the PDF.  Instead of that route,  I placed the regulator on the top of the shelf to get a feel for where it was going to go (under the shelf) and drilled one hole, then put a bolt through the regulator & the hole and drilled the other.  It didn’t turn out ‘straight’ but I’m pretty comfortable that the spacing is correct.  I need to get some (more) thermal conductivity paste before I mount the regulator itself. 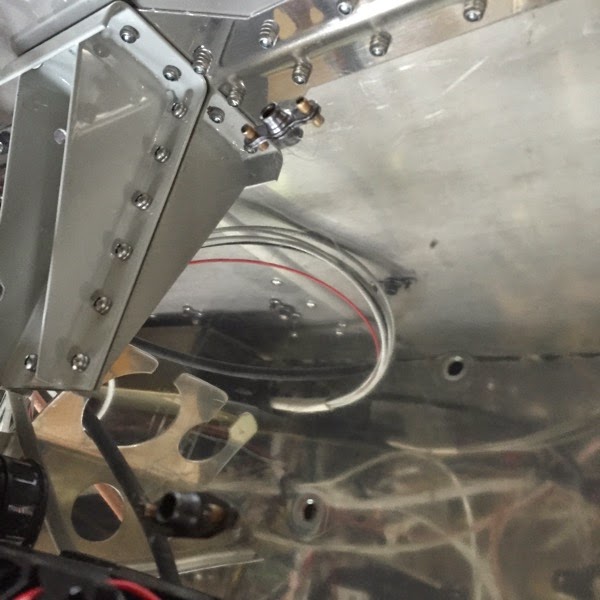