The wiring for the wingtip has been hanging out inside the wing for a year.  Now it was time to terminate it (and the wires on the Nav/Strobes, too.)   I noticed that one of the wires on the R wing was a bit longer than its partners, but I just cut it to length and went on.  Remember Van’s Dictum?  If something doesn’t look right, it’s not.

I did invest several hours cobbling together a test cable that had just 8 straight passthrough conductors for the wing connectors.  I used that to electrically connect each wing to the plane and verify that everything worked.  Well, it did on the Left but no strobe on the Right.   Basic trouble shooting eventually led me to the wing root connector being at fault because there was no wire in pin #8. I reached in the wing and found it about 10” outboard.  That’s when the extra 10” I trimmed suddenly made sense.  Damn.  About an hour of doing other things while my hind-brain chewed on the problem led me to the easiest solution of splicing the length back on the outboard end and pulling the wire medially again.  Luckily I had many spare pins available to re-terminate the wire and we were back in business. 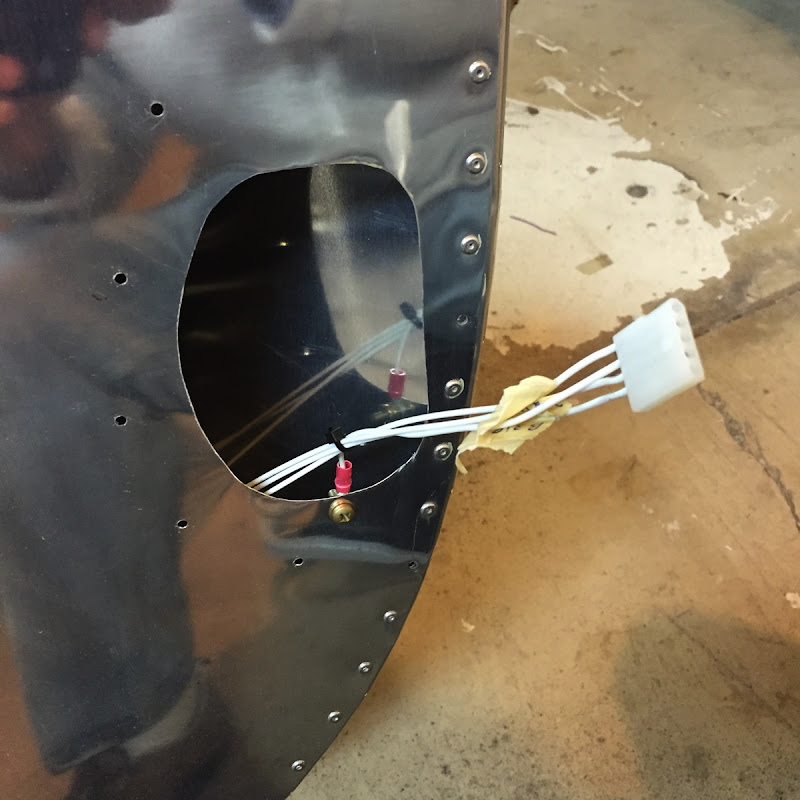