Here’s one that I was afraid of screwing up, and I did.  The Book calls for using fuel tank sealant (visible as the dark grey under the edge of the fiberglass).  I got everything all set and finally mixed up the goop and went to work.  After I had pulled about half of the rivets on the Left wing, I noted that I had neglected to pull the wing’s wiring harness through the opening of the fiberglass and it was now firmly buried inside the wingtip.  I said a few choice words (loudly, apparently, as Nikolai was able to hear me and showed up with concern for my well being).

I elected to keep working while the goop was still usable and proceeded to finish on the R then L (after pulling the cable through the fiberglass).  Many, many, many years ago my high school teacher told me a story wherein he did an electrical job in exchange for a “fish”, a stiff metal filament used to pull wires through walls.  I bought one when I had my first house in California (1988) and I wanted to pull ethernet wires. Never used it again until today when I pulled the connector close enough to get it with a pair of forceps and was able to deliver it through the opening.  Whew! 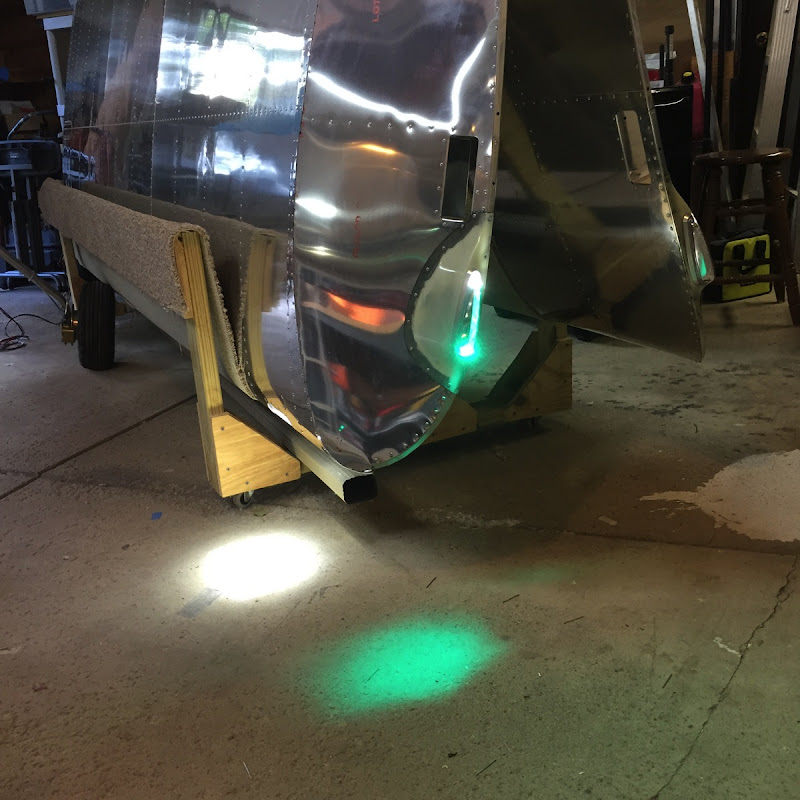