One rib has been riveted in place and another rib has been trimmed for placement on the control horn.  I really messed up some of those rib rivets.  I had clamped the spar to the table and was quite proud of myself.  I riveted the rib, but didn't unclamp the piece to turn it over to check my work.  I went forward and riveted the spar caps and hinge brackets before I realized that the rivets weren't driven enough to pass inspection.  Deriveting the hinge brackets was a complete disaster, and one of the holes can not be called round with even the most generous interpretation.  I used 470AD4-6 (vs. -5's) in order to have additional material to expand and fill the hold, but still had some cleating.  After much debate, I decided to quit while I was ahead, as further drilling on that mutilated hole would sooner or later result in damage to the rib, and would only further weaken the underlying aluminum.  No, I didn't take a picture of it.  It's ugly, just trust me. 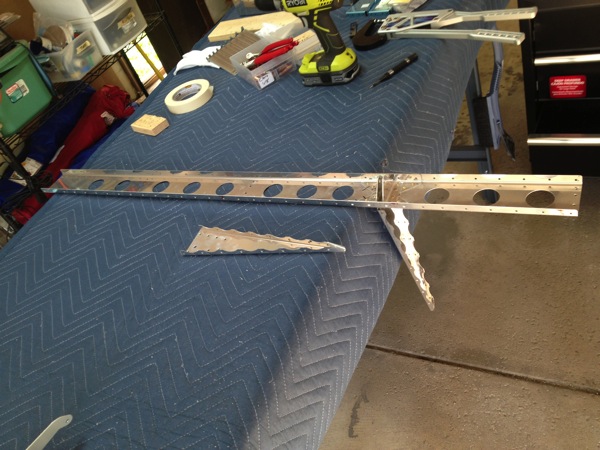