It’s a bit fuzzy but, you can see two holes on the edge of the riveted skin; the one on the left is open, the right has a 3/8” metal plug installed.  These are the holes that weren’t there.  I did a bit of research and memory dredging and recalled that there was a Service Bulletin about re-checking the torques on the landing gear bolts due to some cracks.  The inboard bolts can be access through the access holes in the belly, but the outboard bolts aren’t accessible.  The SB says to drill some 3/8” holes.  The holes are too small to get a socket through, but you can pass a socket wrench extension through them, attach the socket via the access holes and thence proceed to check or re-torque the outboard bolts.  Pretty simple, eh?

Whenever you see that something is “pretty simple” you know that there’s going to be a catch.  in this case, it was finding the darn metal plugs.  my usual technique of ordering directly from Van’s didn’t work, as the part doesn’t appear to exist on their master order form.  I’ve had this happen a couple of times in the past, as their system is a static parts list of what they sell—it’s not a live database of everything they actually have.  OK, on to Home Depot.  A quick computer search verified that these were items that they had listed and actually had in stock.  They lied.  Turns out that the local Home Depot store was in the process of doing inventory in that isle, so they’ll probably figure out that that little drawer was empty.  OK, on the next not-quite-local Home Depot.  Better; they had 3 (but not 4) of these 3/8” plugs.  While I was there, I grabbed a 3/4” plug for the hole that is under the mixer’s main bolt & cotter pin.  Last stop: Lowe’s for the 4th small plug.  After that, it was pretty simple. 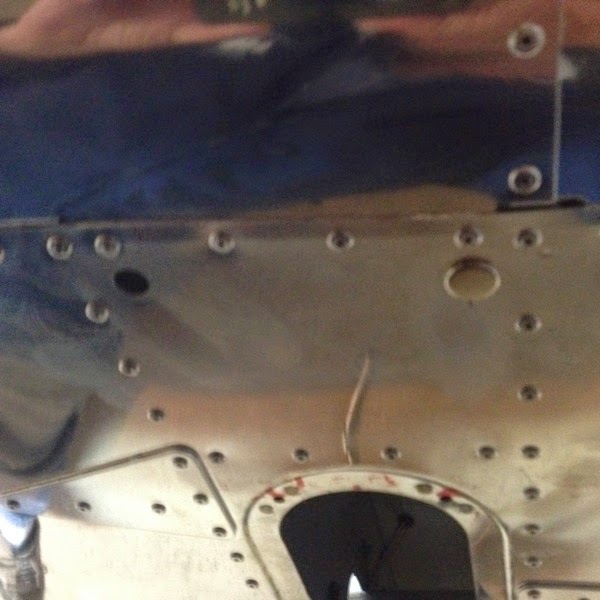