Here’s the final page of the brake line installation.  I was also able to install the final baggage corner skins as well as the brake cover plates.  I’m planning on drilling the flaperon torque tubes later this week, so the corner skins have to go on now.  The Book calls for them to be installed after the tail cone goes on, but I’ve been shown that it’s possible to get the overlaps correct even if I go out of sequence.  (I think standing on a stable surface and looking right at the torque tubes will be much better than trying to crawl into a completed airframe and drilling at a weird angle.)

The brake caliper lines were placed on the trailing edges of the main gear legs last page: this page just tweaked their placement and secured the anti-abrasion sleeves that I had previously installed. 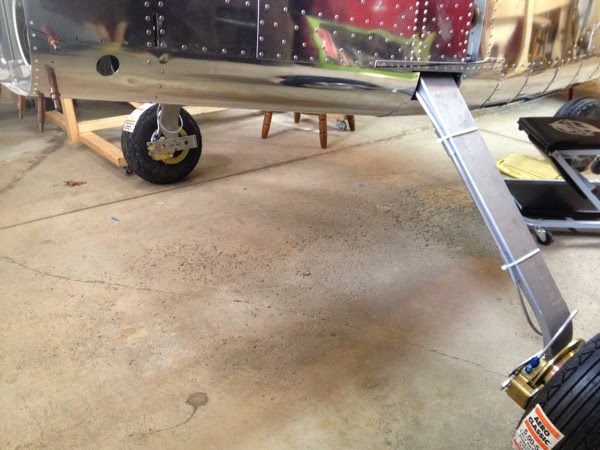