Major Milestone!  The airplane is now standing on it’s own 3 wheels!   This was a pretty easy page, with nuts & bolts and tapping and wrenching, but nothing magic.  I was a touch concerned at first that upon dry fitting, the upper portion of the nose gear weldment didn’t match up to the engine mounting brackets.  Needless to say, when you tighten up 13 bolts and have the plane resting on the gear instead of the gear hanging down, things matched up nicely. 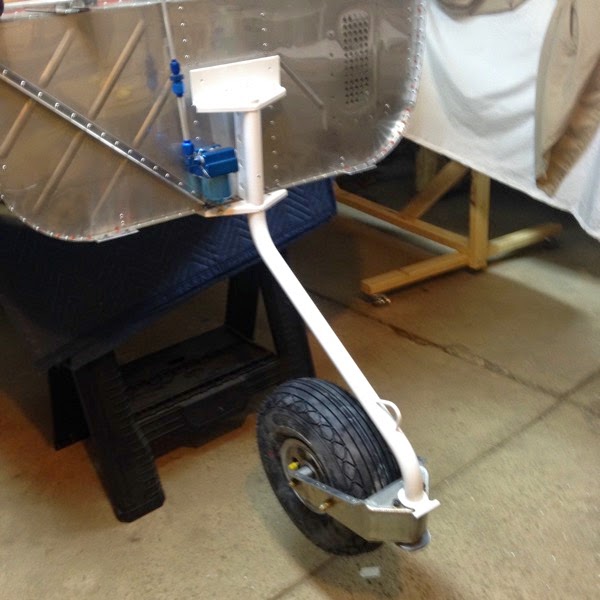 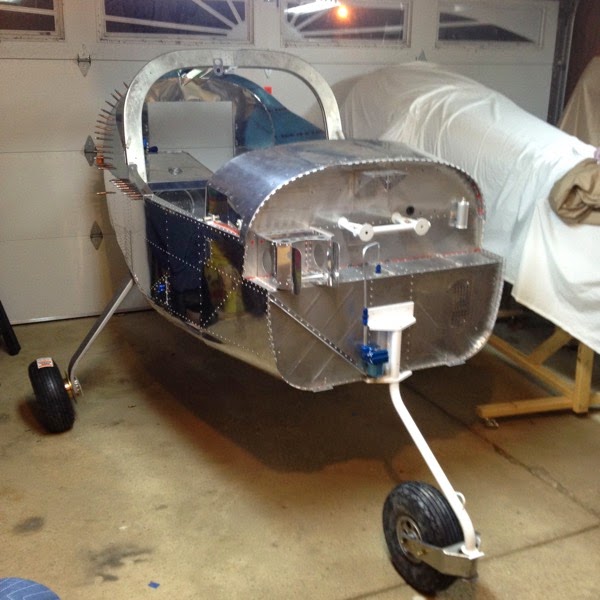 Standing on her own! 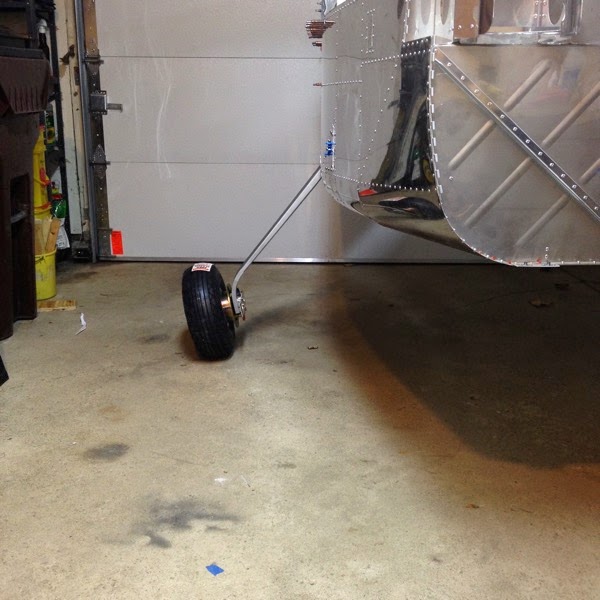 Like the concern that things weren’t aligning properly with the nose gear weldment, my eye doesn’t like the amount of camber that I see here on the main gear.  On the other hand, the plane isn’t finished and is severely underweight.  I expect that there will be a much lower camber value when it’s completely assembled and loaded with pilots & fuel.