Wow, this page took a long time to get to, but not to finish.  I put the canopy on about 10 days ago.  It was a bit stiff and difficult to close.  It turned out to be impossible to open.  Even with reaching through the open back window and manipulating from the inside, it was impossible to open.  I ended up taking out the attach bolts, and in the process the springs snapped back and broke. (There’s an extensive thread on VAF regarding the fragility of these things, but this was clearly my fault.)

Last night, I finally got the parts (and got around to it) and re-installed the canopy. It was still incredibly difficult to close and open, but this time I was (cleverly) on the inside and was able to get it open again.  It finally hit me why it was so difficult now, but had been quite easy last year when I attached the bubble to the frame.  Recall last month when I had a big problem with the rear bulkhead being out of place due to the roll bar being every so slightly tilted too far aft?  Recall that I cleverly moved the roll bar every so slightly forward?  Duh!  The roll bar was no longer where it had been when I fit the bubble, thus a tremendous amount of interference when I tried to open/close the canopy.

I used a dremel to file off some of the lip on the canopy frame and from the edge of the roll bar.  I only needed to remove about a 32nd, but it made a huge difference.  I also found 2 holes that were missing CS4-4’s, so those got addressed too.  Now that the canopy opens & closes reasonably, I went on to the task at hand.

The forward skin is taped and protected.  The foam blocks are cut, pressed and epoxied into place.  Next:  the dreaded wet layup to make the canopy skirt! 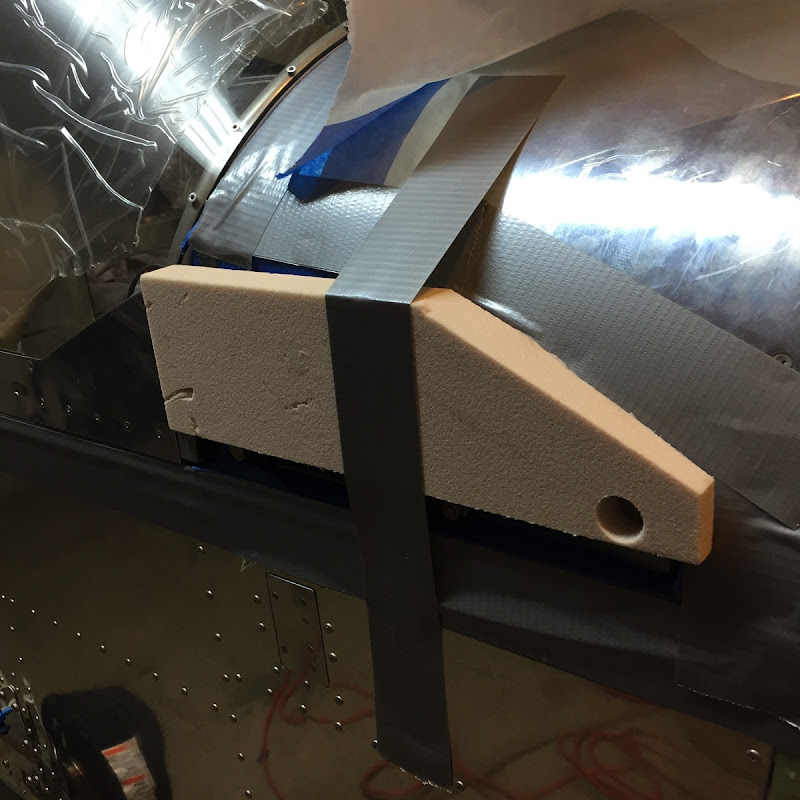