Well, after a long week at work, I was finally able to get back to the shop and do something fun!  Although I had planned on getting some lumber to make an empennage cradle, I couldn't resist getting back to the kit.  I elected to skip steps #1 and #2 because they simply call for identifying and doing the 'breaks' on the edges of all of the skins.  My skins are currently scattered in the garage and under the couch in the living room, so getting them out, breaking the edges, then putting them back didn't make any sense.  On page 10-02 I've noted that I have completed steps #3-#10 and created a new signature block for #1 and #2 when I get ready to use the skins. 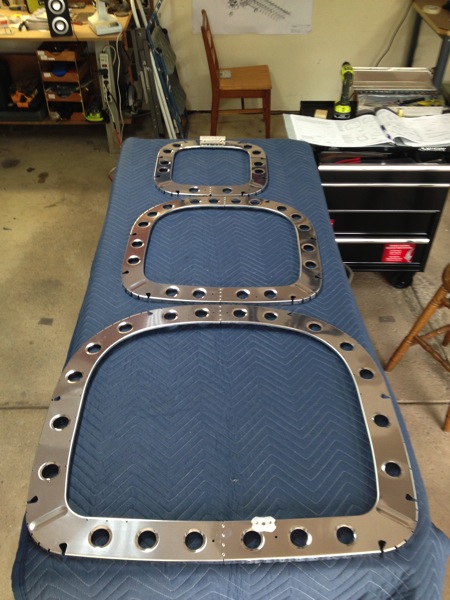 Here are the 3 frames.  I did have a bit of trouble deciding how and how much to flute the frames.  Discussion from VAF confirmed that these parts sometime need to be stretched rather than fluted, but that they often don't need anything since they are easily moved into position.  I expect that I may need to do some tweaking at assembly time, but for now, I believe that they are OK for assembly. 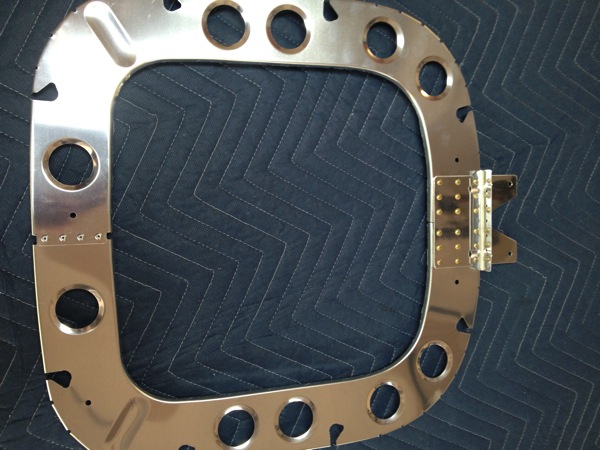 Frame 1210 was mildy challenging to assemble due to the strength required to squeeze the rivets, plus the awkwardness of their location.  I couldn't come up with a good way to clamp the flimsy frame, and I do like to have some nontrivial back pressure on the squeezer against the workpiece to ensure that I don't have a floating head that doesn't make good contact with the workpiece.  I ended up putting the blanket over the frame and weighing it down with the electric drill.  I had to assume a pretty theatrical pose on one knee with my arms on the squeezer giving it everything I had to start compressing the 470AD4-5's.  Glad I was alone and no one was there to take a picture.