Although I didn't take a picture of it, I had a very good fit of the aft bulkhead into the stabilator.  The book calls out for selecting washers that minimize the lateral play, but I didn't have any lateral play, even without any washers.  I eyeballed the gaps and decided on using the 416L (half thickness) washers in all 4 locations.  The two photos show a close up of the hinge assemblies with a 1/4" aluminum rod playing the role of the AN4 bolts.  The washers themselves are barely visible in the photos as we are seeing them edge on.  They have been glued in place with superglue, as called out by The Book.  I had a devil of a time just trying to see the gaps with the aft fire wall in place, and that was with the advantage of not having a completed tail cone in the way.  Even with the nifty washer holding tools (courtesy of VAF), I expect that the installation of the stabilator on the tail cone will be a major chore.

I also took the opportunity to remove the hinge stops in order to get an extension onto the hinge bolts and verify they were at the proper (24 in-lb) torque.  I have not had much luck getting a low range dial type torque wrench to measure the torque of the nylon lock nuts, so I made an estimate of 6 in-lbs and torqued to a total of 30. 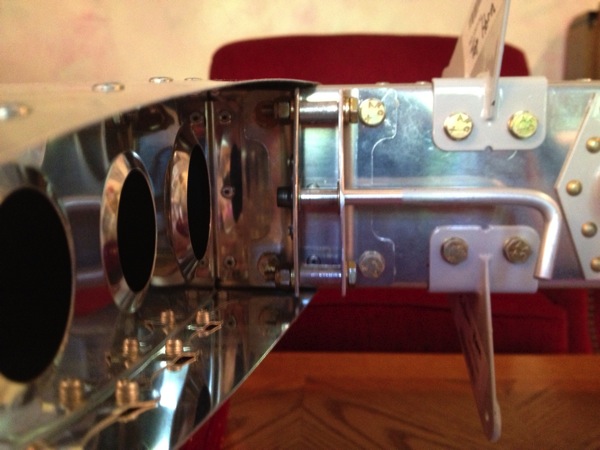 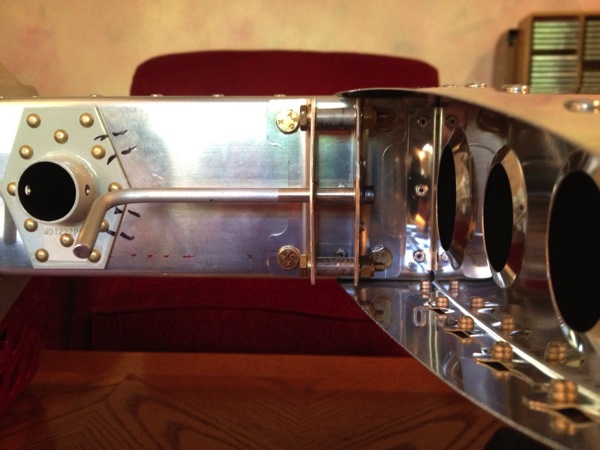