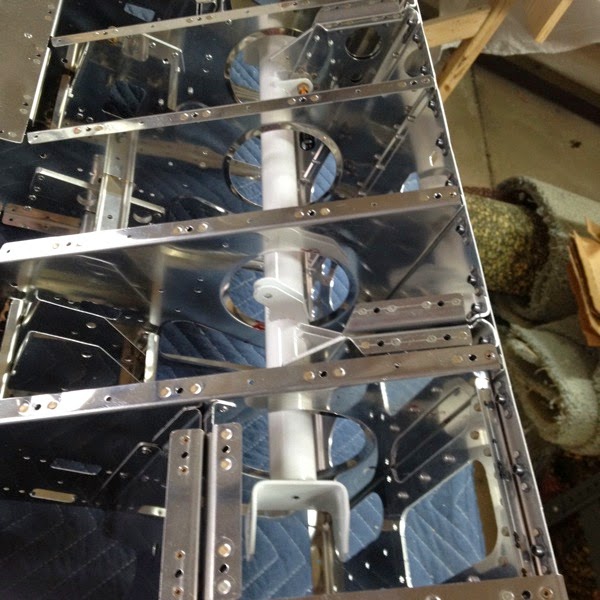 This is the first of quite a few posts to catch up on a great week at home, working in the garage about half of the time. Basically, I finished the lower-mid fuselage this week.  Step #2 had me dimple the top flange of some ribs.  For some reason, I couldn’t get the squeezer into position without causing some deformation of the webbing and warping the edge of the flange.  I was (and still am) too tired to figure out what was different, but I did decide to simply modify my #30 dimple die set by grinding a flat surface on to the dies. Works like a champ. 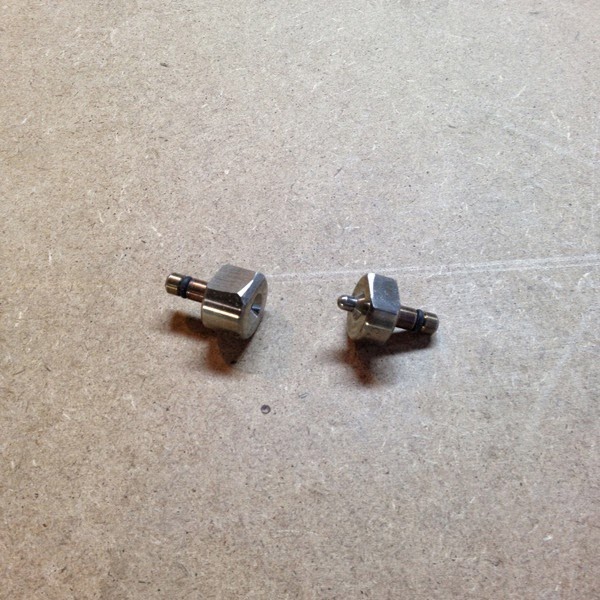 The step ribs were next.  Despite thinking I had paid attention, I did manage to get the wrong ribs installed on the #2 and #5 positions.  I drilled them out, swapped them, re-riveted and moved on.  Note the marked clecos holding open some holes which were not to be riveted from a prior step. 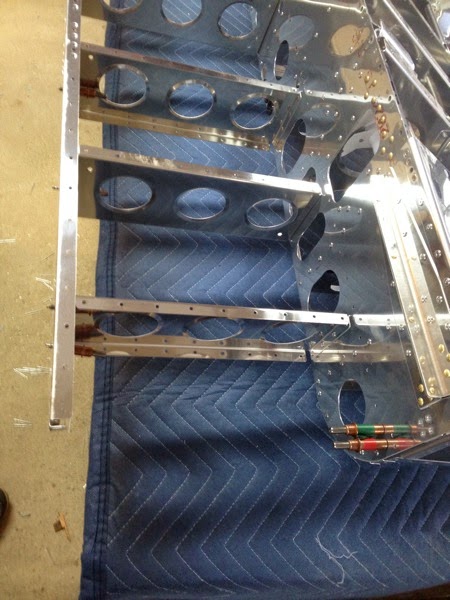 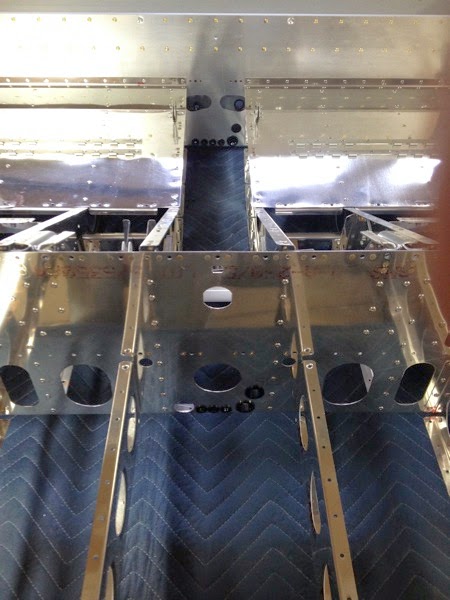