Sleep is highly overrated.  I work night shifts.  I should sleep during the day before I go to work.  Naw, that’s no fun. I spent all day today working in the shop and having a great time.   Got a lot done in one day, with the usual number of frustrations, but overall a good day.

Another milestone!  This is the first piece of stainless steel to be worked on.  Fairly straightforward, but a milestone nonetheless.  Note the single nut plate on the front side. There are two empty nut plate slots that will be installed on the other side, but I’m not sure when.  Step #2 called out for me to install nut plates on the lower firewall, but I could not find any references about what nut plates to install.  VAF feedback says that the two nut plates are installed later, so I’ll just keep my eyes open for a flash of insight. 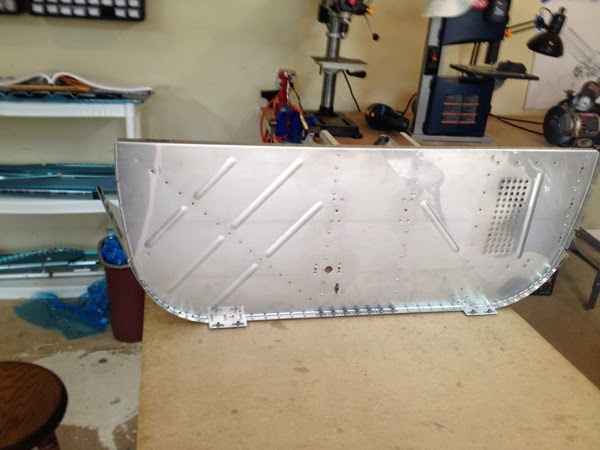 Here’s the view from the back.  There are two engine mounts on the inside of the tunnel ribs, and a set of nut plates at the bottom.  I’m amazed at how many nut plates there are to install.  (I’m also not looking forward to driving all of those bolts when I get to those stages.) 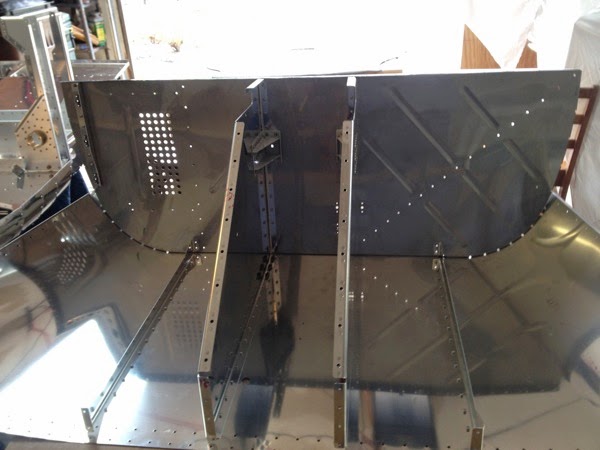 Close up of the inside of the tunnel.  There’s an engine mount at the top of the image and a large (9/16”) hole near the bottom.  It really felt wrong to drill through the flange of the tunnel rib, but that’s what I concluded I was supposed to do after reading them about 50 times.  (Note that there’s a mirror effect and there’s only 1 big hole and one empty nut plate, not two.) 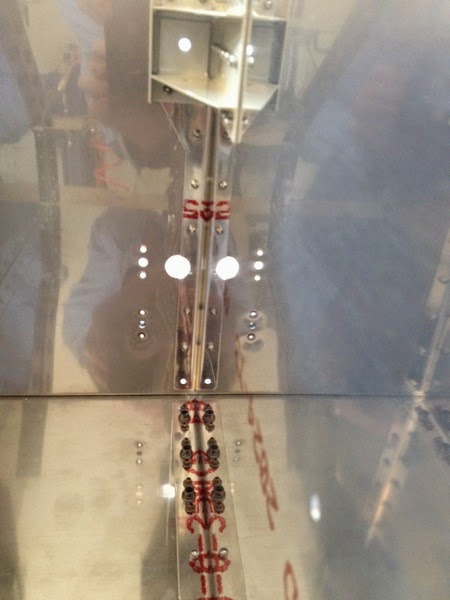 Similar view from the other side. 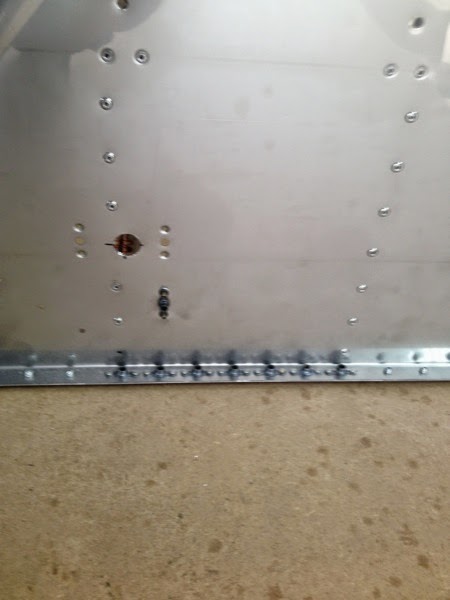