Another big change for the eye—the fuselage has its first tail feather installed.  Putting on the v-stab wasn’t too bad, just some bolts and screws.  Hanging the rudder could have been easy, if I just wanted a temporary installation so I could trim up the fairings, but no, that’s not my style.  I probably spent an hour trying to align the various washers while threading a bolt through the various pieces.  There’s a pretty good chance I’ll have to remove the rudder, but now I can document that I finished page 11-02, even if I have to remove the rudder in the future. 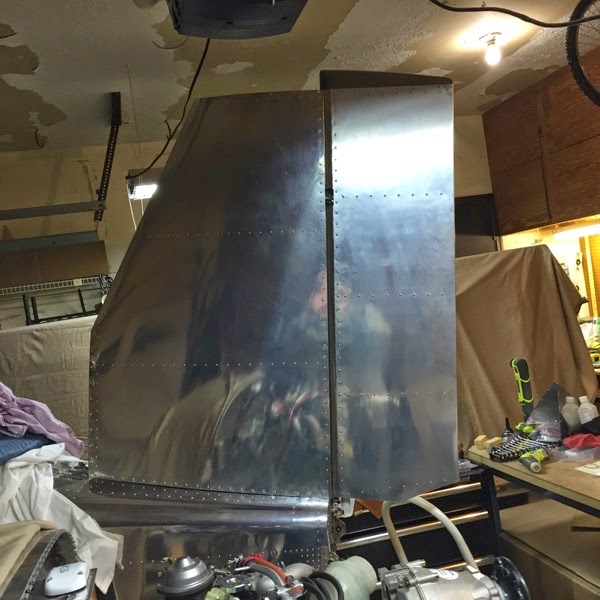 By the way, if you are wondering why the top looks weird, it’s because I have already riveted the rudder fairing in place.  The Book says to install the rudder prior to finishing the stab fairing, then to remove the rudder and rivet on its fairing.  (You can’t rivet it in place as there’s a rivet on the front and you probably can’t get a rivet puller in there.) As mentioned above, I’d like to leave this on until it gets painted.