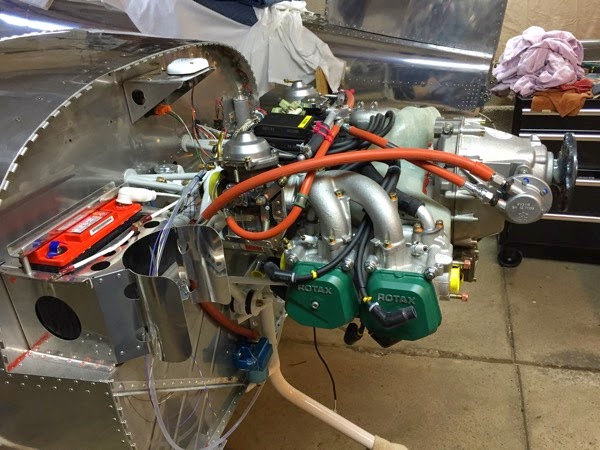 With much anticipation, and the very very very appreciated services of my future son-in-law, Nick; his brother Brandon; and my son, Nick (I know—it’s going to be a confusing family gathering every year...) we were able to hang the engine.  My apologies to my three assistants: it didn’t occur to me to get their photos for posterity.

I was unable to locate a rental engine hoist, and—as much as I don’t mind getting new tools—I couldn’t bring myself to (a) spend $700 and (b) wait 3 weeks for delivery of a hoist, so I simply enlisted these fine young men to do the heavy lifting.  Literally.

I prepped as much as possible and had purchased two sacrificial AN6 bolts and ground them down to tapers to help seat the engine.  Despite this foresight, they had to hold the engine (about 150 #) for around 10 min before it could be released to set on the bolts.   It then took another 30 min of heaving, lifting, twisting and cursing to get all of the bolts engaged and tight enough that I could take it from there on my own.

One of the more entertaining failure mechanisms occurred while I was painfully trying force the lower bolt from the inside of the plane out through the right lower mount:  the isolator popped out and was found several feet away.  Nonetheless, we got it all together and fit properly. 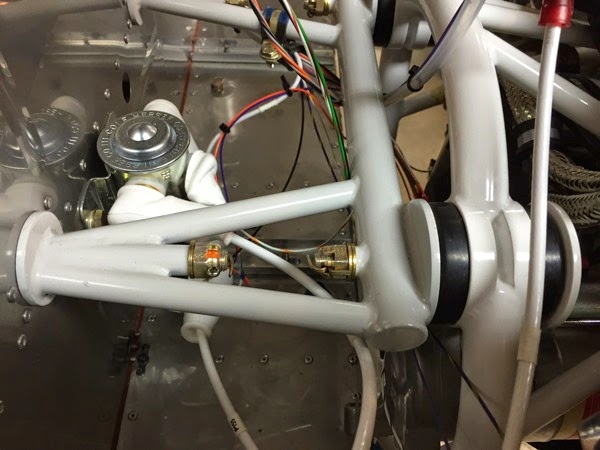 The upper mount deserves some special attention.   Carefully observe the castle nut on the right of the photo: there are 2 full thickness washers instead of the 1 called out by the book.  When the castle nut was torqued properly (more about that anon), the hole for the cotter pin was above the nut.  A second washer solved the problem.  Torquing that nut was a different challenge, however.  Note the extreme limited space for putting a big torque wrench & socket. I used a 6” combo wrench and the fish scale to reach spec.  I overtorqued it about 10-15 % to err on the tight side of the errors inherent with such a kludge. 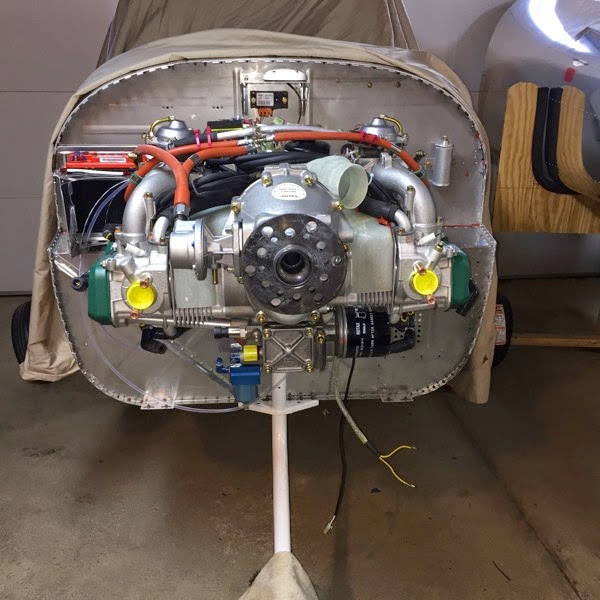