This page is predominately about the trimming of the fiberglass cooling shroud pictured on the previous post.  Here’s the engine with the accessories moved out of the way and exposing the top.  The blue things are tape covering the ports for the induction and cooling ports. 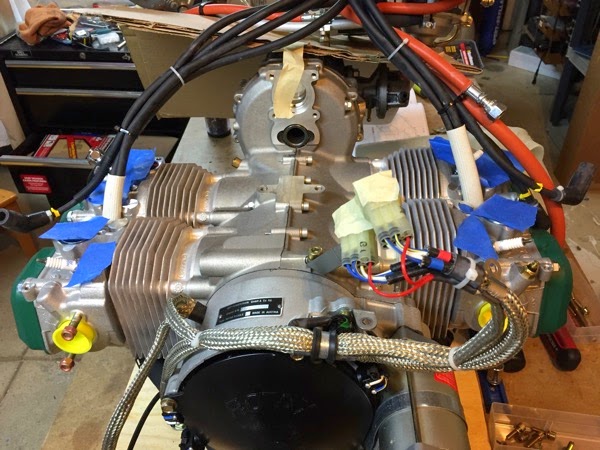 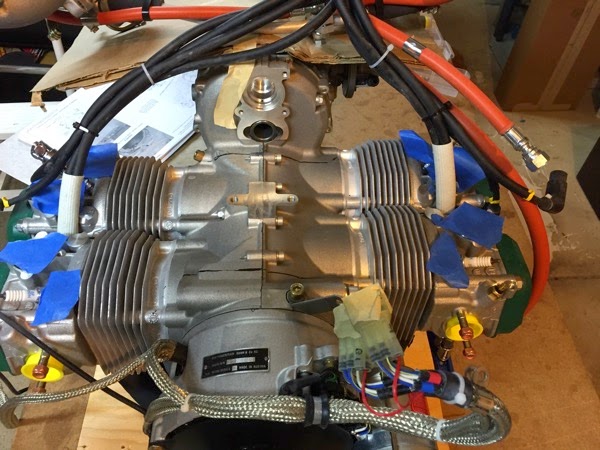 Inked line on top of engine

The trimming of the cooling shroud took several days (of course, I was working at the hospital for most of them.) It involved trying to put the shroud on the engine top, discovering that it didn’t fit, figuring out where it was making contact, marking that spot, removing the shroud, then sanding/filing/cutting off the marked spot. Repeat ad nauseum.  All in all, it was mindless, dusty, but satisfying work when it finally started to fit.  I guess I removed/trimmed/replaced about 20 to 25 times to get it right. 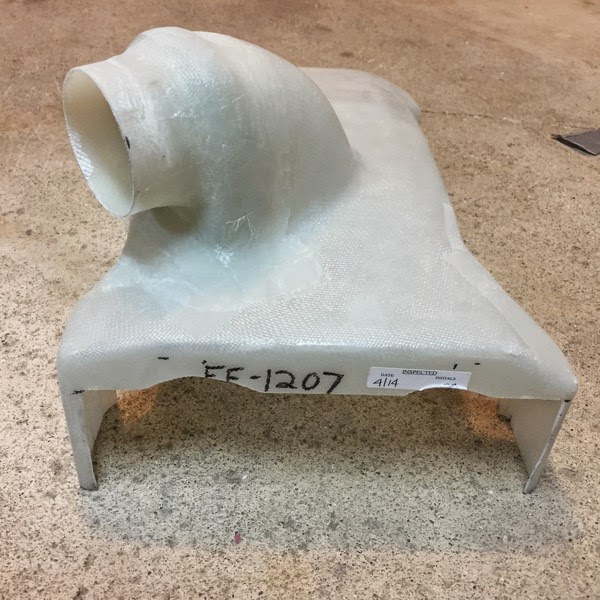 After getting the shroud trimmed, the cooling hoses come off of the water pump to make it possible to put on the engine mount.  At least, that’s what The Book says.  I ended up going a touch farther, as you will see on the next post. 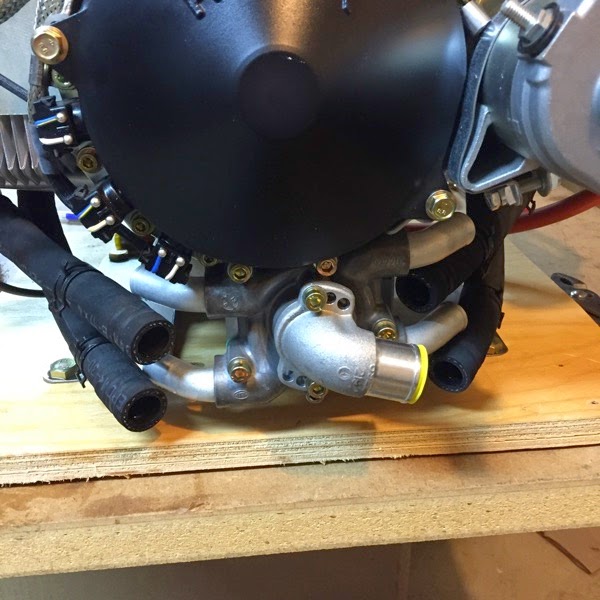 BTW, the clamps that hold the lines on the outflow tubes have been maligned as being difficult to work with pliers and probably have a special tool that only Kaiser Wilhelm may authorize for export.  I found that a pair of cleco pliers worked very well, both removing and re-installing.