The first step on this page is to put back the air induction system and the electronics modules that are physically attached to it.  Right off the bat, I knew I had a problem.  The bottom of the electronic module now bumped directly against the recently installed engine mount (see pink arrow.)  I spent a few minutes growing more grey hair and even taking advantage of fortuitous timing: 10:30 AM EST is 7:30 PST, which happens to be when Van’s Tech support is on the phone.  I talked with a nice guy named Sterling who requested this photo (sans arrow) and said he’d have to talk with the shop and look at their plane to see how it compared. 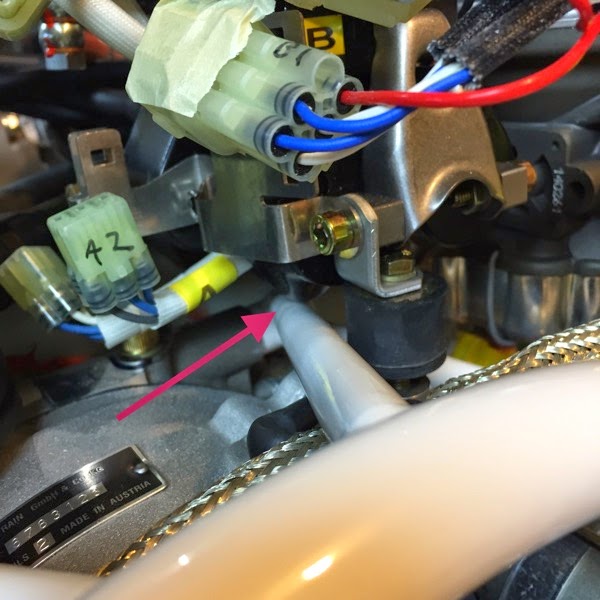 After I hung up with him, I remembered fishing out a small metal doo-dad from the crannies on the top of the engine.  At the time, I only had breathed a sigh of relief that it didn’t end up inside the generator housing, where all it could do would be various amounts of damage & mayhem.  What I forgot to do was think about where it could have come from.  Putting two and two together, I put the doo-dad (now renomenclatured as a bushing) below the lower standoff of the electronics control module.  Voila! 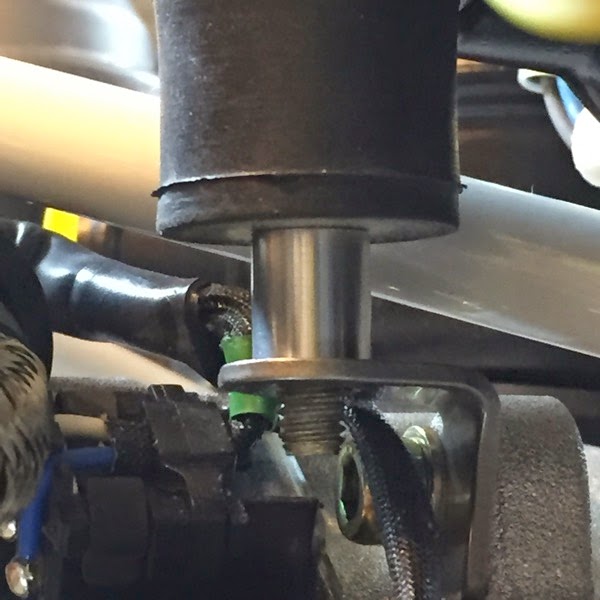 OK, back to forward progress.  The Drip pans were built up without too much muss & fuss.  Unfortunately, I don’t have any tank sealant on hand, so that final step is pending.  (Much progress was made anyway.) 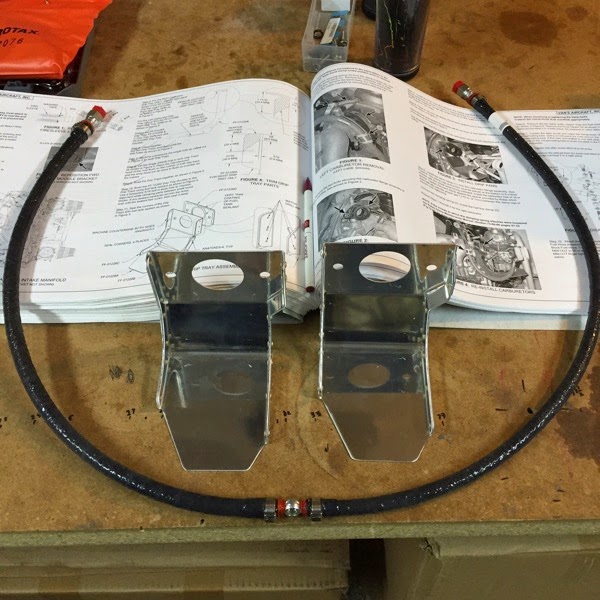