The regulator had previously been located on the shelf inside the engine compartment where it suffered a high failure rate, presumably due to excessive temperatures.   Apparently, they are in the discharge of heat from the radiator and also have direct line-of-site to the #3 exhaust tube.  I had previously documented putting in the nut plates to accept the regulator (see 46-23 on Jan 18), but today was the actual installation of the regulator itself.  For a while, I thought I should have skipped the nut plates and gone with the nut & bolt approach.  It was amazingly difficult to start the AN3-5 bolts into the nut plates!  The positioning is awkward, with the regulator underneath the glovebox.   It took multiple attempts to get the nuts started, but it finally aligned (or was it the stars that aligned?...) and it was installed. 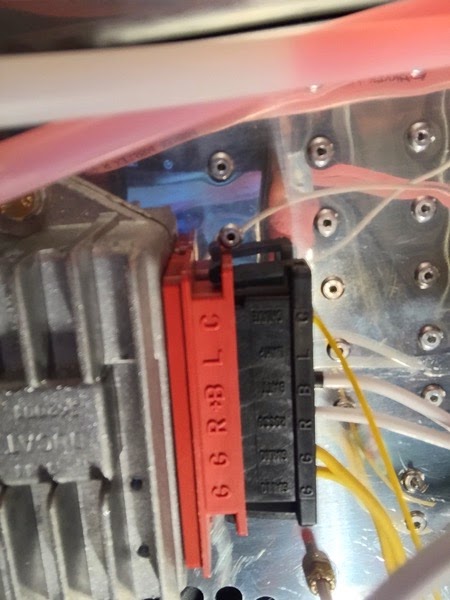 Regulator and it’s connector, prior to engagement 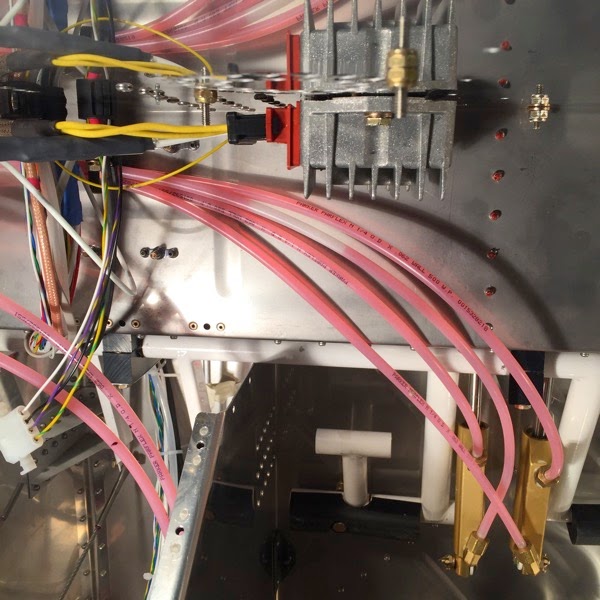 Here’s the view from the copilot’s lap.  The regulator is hanging from the ‘roof’ in the picture, and you can see it reflected.  The big yellow lines are the generator output; you can’t see the white DC outputs; and the thin yellow line is something else I can’t remember.   Note the nice bubble in the brake line that still needs to be bleed out.