This was embarrassing.  The Ignition Harness is the white pair of wires that you see in the picture.  I found those in my bin of parts without much problem.  It has a connector on one end.  I spent several hours over 2 days scouring my parts bins trying to find the mating connector (neither are pictured) before I finally realized that they had thoughtfully mated the empty female connect to the male on the harness.  Once I figured that out, it was half solved.  You see, the other half of the problem was that I couldn’t find the wires that were to go into the newly located female connector. 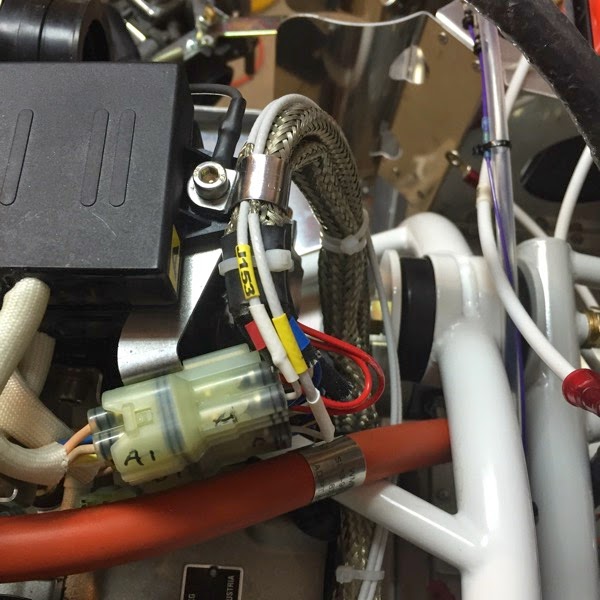 Ignition wires in A1 and B1

In the picture below, you see me puzzling over the only two candidate wires that I could find.  I’m looking for wires that are Blue and White/Blue according to The Book.  Unfortunately, there aren’t any blue and white/blue wires coming out of the firewall.  I identified all of the other wires and had just these two left over.  There were no good labels, either.  You can’t make it out on this picture, but blown up on my phone I could make out 3 digits.  Nope, they didn’t match anything in The Book either.

I had the bright idea of seeing if the pins appeared to be appropriate to mate with the pins in the aforementioned socket.  I tugged a bit to try to do a test fit and to my embarrassment the two short unlabeled wires easily extended about 5 “ and were found to be labeled J152 and J153, just like The Book said.  I’ve learned that colors are not always what The Book says, especially when an explicit label (such as these) can be found.

After that, it was just the usual creative cussing to finesse things together in cramped quarters. 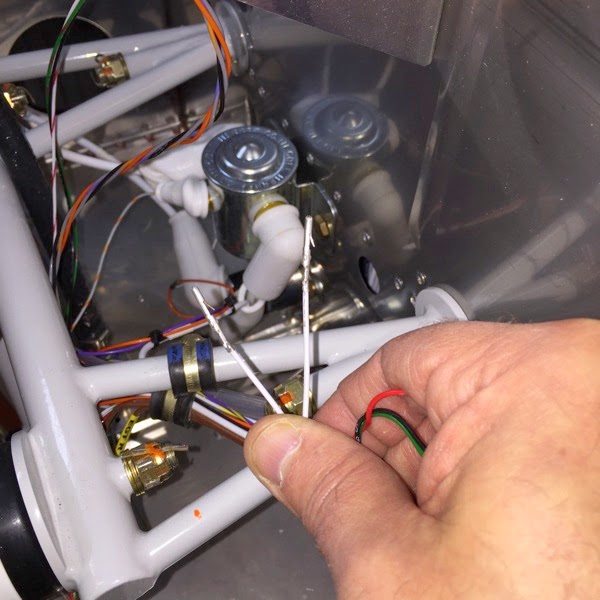 Candidate wires to be designated J152 and J153